Find Your Ever After in Under An Hour 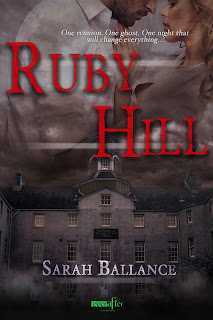 From her earliest memories, Ashley Pearce has been drawn to Ruby Hill Lunatic Asylum, and she's not the only one. Decades after the abandoned hospital ended its institutional reign of torture and neglect, something lurks in the shadows. Since she’s a paranormal investigator, it's Ashley's job to find out what.

Crime scene expert Corbin Malone doesn't believe in ghosts. A born skeptic, he has no interest in entertaining the hype surrounding the mysterious deaths at Ruby Hill, but he won't turn his back while more women die. He agrees to an overnight investigation, never expecting his first encounter would be with the woman he pushed away a year ago. But when he discovers Ashley is a target, he learns his greatest fear isn't living with his own demons, but losing her for good. 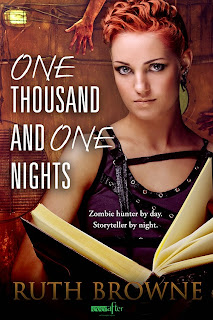 One Thousand and One Nights by Ruth Browne

Sheri spends her days fighting zombies and her nights chained to a wall, earning her every breath by telling stories to her captor Aleksy—stories that make them both forget the ruined world. Sheri could put up with the conditions—at least she knows her sister is safe in the community Aleksy leads—until she realizes she’s falling for him...even though he wants her dead.

When Aleksy allowed Sheri and her sister into his compound, he didn’t know about the zombie bite on her back. It's only a matter of time before she turns into one of the rising dead and threatens their existence, but Aleksy has a secret need for Sheri and her stories. For everyone’s safety, he chains her to his bedroom wall, hoping for just one more day. But how long will the community allow Aleksy to ignore his own rule: always kill the infected. Always. 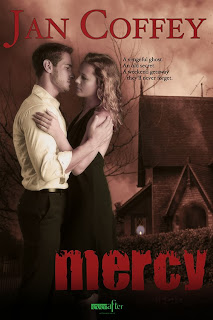 Julia Klein’s life has begun to unravel—her daughter Amy has been suspended from school, Julia is about to lose her job, and her boyfriend Garrett is being transferred thousands of miles away. Overwhelmed, she and Amy leave for a weekend at a rambling old colonial inn. Julia never suspects that Garrett, desperate to find a way to keep Julia in his life, has decided to surprise her by joining them. Nor does she expect her daughter to befriend a mischievous ghost...or that she herself would be possessed by the malevolent spirit of a long-dead mother.

As a dark secret emerges, Julia, Amy, and Garrett find themselves pitted in a fight for survival against a savage presence that intends to resurrect/repeat/relive a horrible crime committed two centuries ago. And this time, Amy and Julia will be the victims. 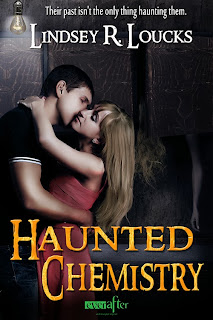 When bookish college co-ed Alexis heads to the laundry room in her new apartment, she runs into Ian Reese, the chem lab partner she crushed on all last semester. And the guy who stood her up on their first date. But she’s down for an awkward reunion, and no better place than her creepy laundry room.

Ian has every intention of making amends, but just when Alexis begins to trust him again, a new threat calls more than their future together into question. A ghost from the apartment’s past is hellbent on revenge, and if he wants to get his girl, he’ll have to get the ghost first. 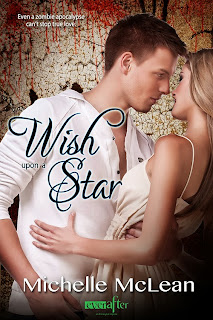 Wish Upon a Star by Michelle McLean

Ceri McKinley never stopped wishing that her ex-fiancé Jason Crickett would come back into her life. But when he finally does, he comes with a request that puts them both—and all of humanity—into jeopardy.

Jason only wants two things: to bury his brother properly and to convince Ceri to trust him again after he jilted her. But when Ceri agrees to help him get his brother back, they end up fighting for their lives as a zombie uprising threatens them all. 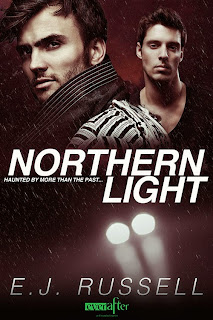 Nothing gives art fraud investigator Luke Morganstern a bigger rush than busting forgers, the low-life criminals who dare victimize true artists. But when his latest job sends him to a remote cabin in the Oregon Coast Range, he’s stunned to discover the alleged forger is his former lover, Stefan Cobbe, the most gifted painter Luke has ever known.

Stefan, left homeless and destitute after the death of his wealthy partner, doesn’t exactly deny the forgery -- he claims he doesn’t remember, an excuse Luke can’t accept.

But Luke’s elderly client suggests Stefan may be telling the truth and presents another possibility – a dark presence in the woods, a supernatural fury simmering for decades. Luke must face down his fear of the uncanny – and admit his feelings for Stefan – if either of them is to survive.

Giveaway time. You can do one or all, just fill out the rafflecopter.