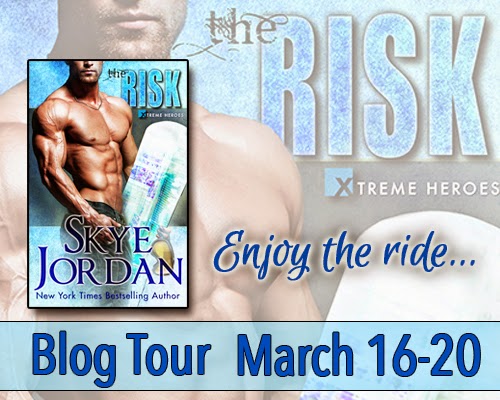 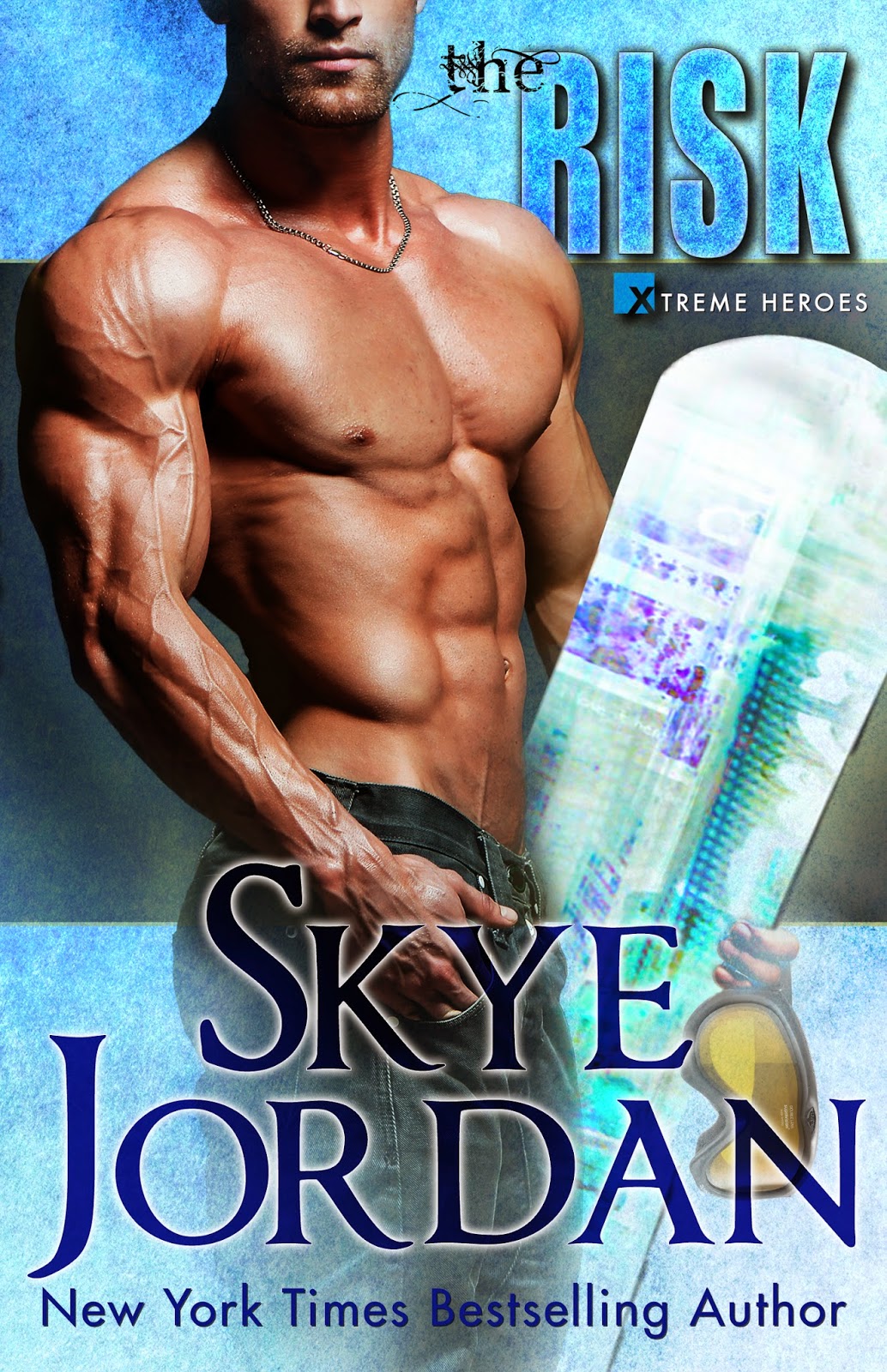 Former Olympian turned physical therapist to the elite Julia Bailey knows all about pushing the limits. But when a sexual harassment suit costs her a dream job—not to mention her reputation—she takes on the biggest risk of her life. Rehabilitating the X Games’ most notorious bad boy might be just what she needs to secure the funds for her own treatment center. Problem is, the only kind of recovery her new client is interested in is under-the-covers freestyle—gear optional.

Daredevil snowboarder Noah Hunt is a rock star—on and off the slopes. A recent accident might have him down, but he’s far from out. He doesn’t care what the sexy therapist with the sweet curves says. He’s got sponsors to impress and trophies to collect, and taking things slow and steady just ain’t his style. A little dirty talk and a sizzling night later, Julia learns just how fast and hard he likes to play. Too bad for him, his heart goes all in, and one wrong move could cost him more than just his career.

Excerpt from The Risk:

He hobbled to the double doors, then followed the hallway of heated slate to the kitchen, where the mystery noises had originated. And, yep, there was definitely another female standing behind the open refrigerator door—the slim, pretty bare feet and fire-engine-red toenails confirmed it.

But the ménage idea slid further out of the picture when he focused on the trashcan sitting in the middle of the kitchen floor.
What the hell? He rubbed his face, trying to force himself more awake, then pressed a hand against the nearest wall, drew a breath, and said, “Hello?”

“Oh, you’re awake.” Her voice was as pretty as her feet. Already an improvement over the woman on his couch. Maybe his standards hadn’t fallen all that far after all. But her voice was also extremely clear and perky, which was highly annoying under the circumstances. “Sorry, I was trying to be quiet, but it’s getting late, and there’s a lot to do.”

“I don’t know what you’re talking about.” He rubbed his eyes again and focused on the counters, which were covered with crap from the cupboards. Another flash of annoyance singed his skin. “Who are you? And what the hell are you doing?”

She peeked her head around the fridge. “It’s me, Julia— Oh. Wow. Nice look.” Her gaze took a quick scan of his body before she disappeared behind the fridge door again. “You’re taller than I expected. Aren’t most snowboarders smallish? Bet you have to compensate for a higher-than-average center of gravity. You’ll have to explain all that to me. But go ahead and get dressed first. I’ve got my work cut out for me here anyway.” She paused only a second before muttering, “Talk about toxic…”

Noah’s mind was spinning into one hellacious knot. He’d barely caught more than a glimpse of dark hair and a slim face, one he didn’t recognize any more than that of the woman in his theater.

“Expired,” she muttered. “It’s a miracle you haven’t gotten E. coli from all the crap in here.”

“What the hell are you doing?” Christ, he didn’t want to deal with this now—but there was a stranger in his house, tearing apart his kitchen, and another barely dressed in his theater. And Noah didn’t know what the hell was happening.

He limped into the kitchen and leaned against the counter opposite the refrigerator. With his hands braced on the granite, he took all pressure off his bad foot. But it was too late. The damn thing throbbed as if it were inhabited by an alien. Looked a lot like something off an alien too, puffy and discolored.

This was seriously screwed. His body was a complete pile of shit. It had been almost four goddamned months since the accident, and he was done with this injury. He’d worked his ass off to heal, had made real strides. Now this?

He pried his gaze from his foot and focused on strange woman number two. She was dressed in a blue-and-purple sport tank top and black, shin-length workout pants that hugged a sleekly curved backside. His gaze traveled over her tight ass, up to her sculpted shoulders, and paused on her dark ponytail. Noah immediately reassessed the ménage theory. This was a sporty chick, the kind Noah never chose to share his bed—or sofa, in this situation. He got enough of the athletic type on the slopes. The woman in his theater, he understood bringing home. This one was—no..

He thought back to the night before. Maybe she was a new member of the US Snowboarding team he didn’t know. Maybe she was some crazy-ass fangirl or groupie who’d tagged along last night.

This Julia chick pulled Styrofoam cartons filled with leftovers from various restaurants and tossed them into the trash—most of which contained steak, lobster, or shrimp.

“You’re going to have to stop eating out.” She cut him off, her voice matter-of-fact but resolute. “Almost all restaurants cook with lousy oils. You’re getting way too many trans-fatty Omega 6s. We’ll have to beef up your Omega 3s. You’ll see a difference in a week from that change alone.”

“What in the hell…?” he murmured, his mind beginning to open to the idea that she was a nut job on the loose. “How did you get into my house?”

“Your garage door is open. I just came through there.” She pulled out the vegetable drawer and made a low, ugly sound in her throat, then proceeded to pull out plastic bags filled with produce and drop them in the trash as if they might contaminate her. “I figured you were still sleeping since you were out last night when Drake and I talked to you.”

“Drake?” That was the key to this problem—Noah’s meddling agent. “I should have known. Are you his new girlfriend or something?”

Her attitude annoyed him. This was his house, dammit. “Answer me, or I’m calling the police.”

She turned to face him with two jars of jam, one in each hand, and her front view was as impressive as her backside. Full, high breasts filling the Lycra fabric of her workout tank, a flat belly showing between the hem of her top and the low waistband of her pants, and smooth thighs filling the black tights.

She was pretty too. A few years younger than him, she had a pixie-sweet face with smooth skin, high cheekbones and wide eyes. The kind of face that didn’t need makeup to look great. Maybe there was something to the athletic type after all.

“I was sitting in Drake’s office when you were on speaker with him last night,” she said, “so don’t try to pretend you don’t know anything about me.”

He put a palm to one eye and rubbed at the pain throbbing there. “Yeah, well…last night is still a little blurry.” He dropped his hand with frustrating scenarios popping to mind. “Shit, please tell me Drake didn’t send you to teach me yoga or something equally stupid.”

With heavy lids and an expression of disgust, she tossed both jars of perfectly good jam into the trash. “Yoga my ass.”

“What the…?” He fished the jam out of the trash and set it on the counter next to all the other food she’d pulled from his cabinets. “Would you knock that shit off? Look, I don’t know what Drake said, but—”

“Are you still drunk?”

“No,” he said, then closed his eyes, searching for patience. “I just don’t remember the conversation.”

“Un-freaking-believable.” She let the fridge door close, turned, and yanked open a cabinet, then grabbed his Lucky Charms in one hand, his Cocoa Puffs in the other.

“Noah, baby…” The female voice coming from the opposite direction stopped him from grabbing his treasured boxes of cereal. He’d completely forgotten about the fling chick.

He turned as she walked into the kitchen in exactly what she’d been wearing on the sofa, nothing but bra and panties.

Fuuuuuuuck. He certainly wasn’t a prude, but he wasn’t interested in flaunting his poor judgment either.

But there she was, standing in his kitchen, blurry eyed, big tits, curvy ass, long legs, bottle-blonde hair, and heavy makeup. She might look smeared and smudged now, but he was sure she’d looked damn flashy last night. At least that was what his morning-after brain was telling him. Now, though, there was no denying she looked about as good as Noah felt. Which reminded him he couldn’t look much better.

He dropped his head and rubbed his eyes on a heavy exhale of defeat. 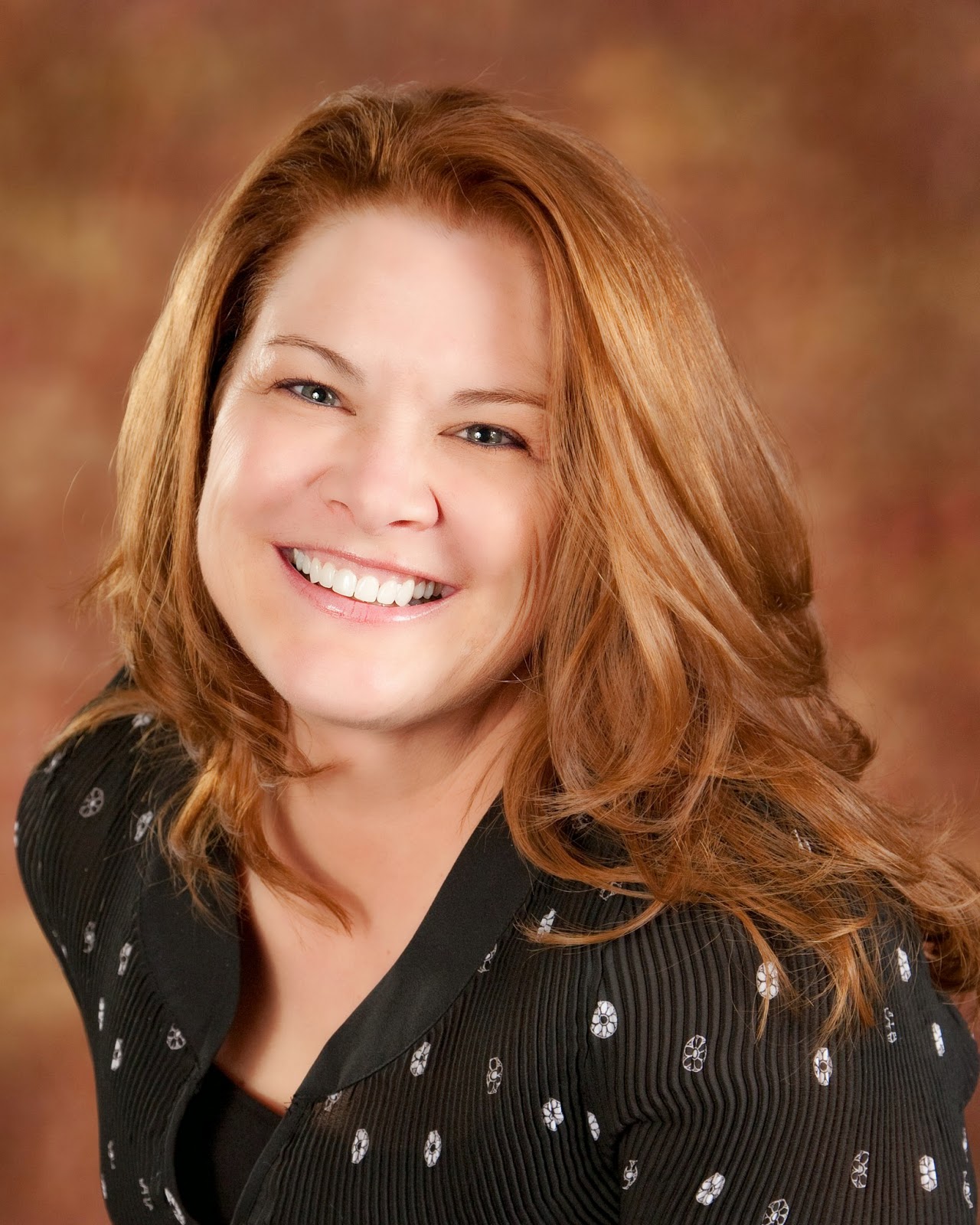 Skye Jordan is a pseudonym for New York Times bestselling romantic suspense author Joan Swan. Skye’s novels are about enjoying that little wild streak we don’t let out often enough. About those fantasies we rarely get the opportunity to indulge. About stretching limits, checking out the dark side, and maybe even acting a little naughty. They’re about escape and fun and pleasure and romance.
And, yes, even love, because while wicked-great sex is good, happily ever after with wicked-great sex is even better.
Skye (aka Joan) lives on the central coast of California in the heart of wine country with her husband and two daughters. As often as possible, she retreats to a hotel with critique partners for a power-writing week where much drinking, laughing, and yes, even working, ensues. When she’s not writing, Skye goes to breakfast with her hubby, attends her daughters’ barrel races, and spends a lot of time with her own horse, Riddle…while her two dogs, Paxton and Indie, tag along. She also loves to read, knit, craft, row, ride, and dabble in photography.

To enter, be sure to comment on the blog post about what you thought of the excerpt (need to document it in the Rafflecopter, though to be entered – when you sign in you will see where). Additional entry opportunities available via the Rafflecopter widget below!

Checkout All The Excerpt Along the Tour:


Harlie’s Books
Posted by Melody May at 2:30 AM