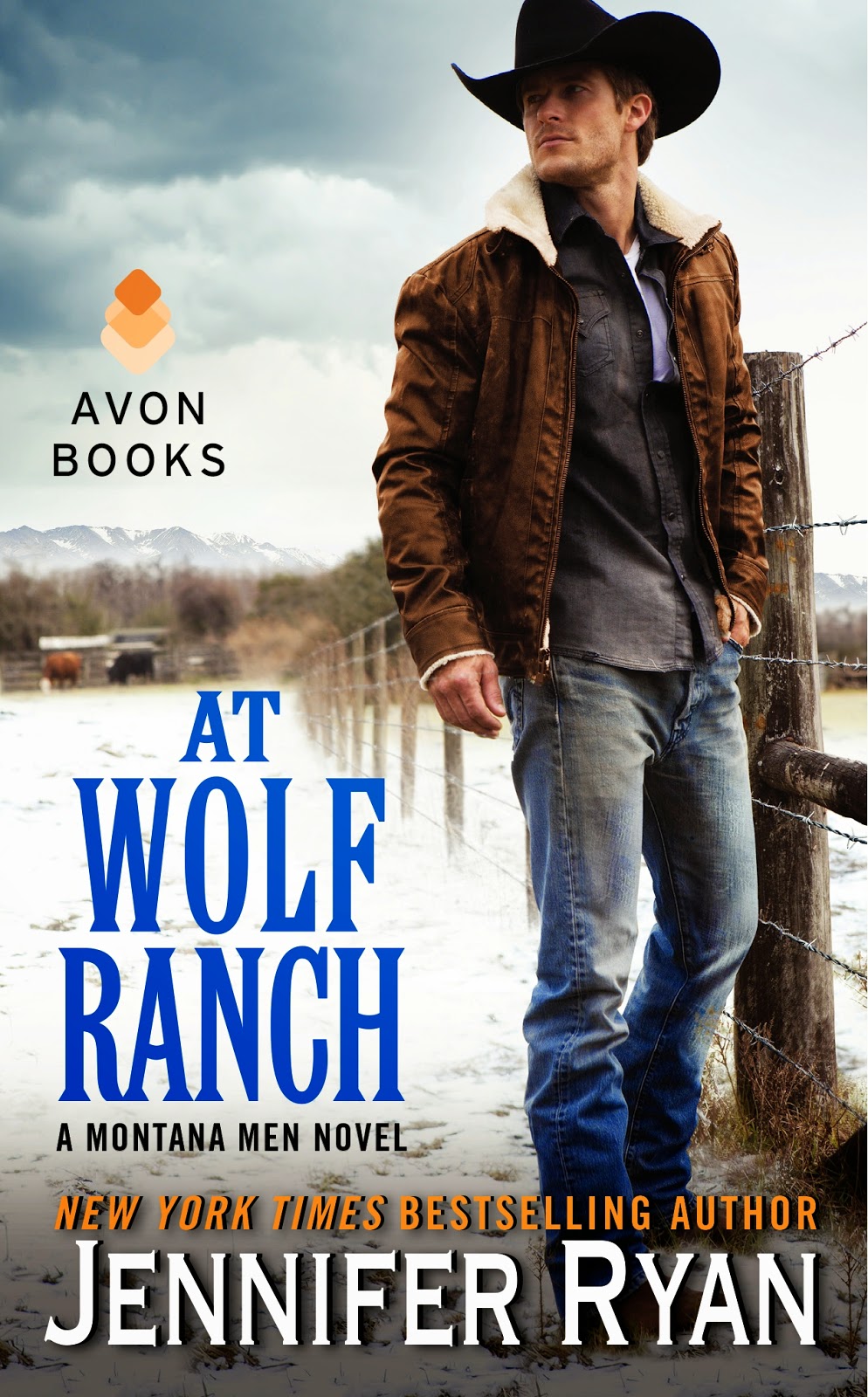 After years on the rodeo circuit, Gabe Bowden wants nothing more than land of his own and a woman who will claim his heart for more than one night. When he has the chance to buy the enormous Wolf Ranch spread, he snaps up the incredible deal. Everything is set, until Gabe rescues a woman on the deserted, snowy road leading to the property, and the half-frozen beauty changes everything.

Ella Wolf rushes to her family’s abandoned Montana ranch after her twin sister is murdered. She knows she’s next…unless she can uncover a secret hidden somewhere at Wolf Ranch. The last thing Ella expects is to be rescued by a rugged rancher with his own agenda. A man who almost makes her forget how dangerous love can be…

As an unlikely partnership sparks into something so much more, and a killer closes in, can Ella and Gabe learn to trust one another before it’s too late?

Nothing like starting a story where within the first chapter contains a murder, because the bad guy was caught for other crimes like murder, fraud, and embezzlement. Yep, that will definitely be something catch your attention, at least mine. To top this all off, Ella is the one to watch this all take place. Now she has to figure out what the heck her uncle did that would force him to kill his niece, and survive from suffering the same fate as her sister. Good times, good times.

I must say that At Wolf Ranch is a pretty exciting read. Nothing seems to go right for Ella ever since her sister died, but she's not going to give up. Thank goodness she has the help of a sexy cowboy with a heart of gold who wants to keep her safe. I think I'm on a book high, because this was pretty amazing from page one to the last. First off, we have Ella who has in the past portrayed herself as the party girl with no real ambition. While her twin sister Lela was portrayed as the serious one who did everything by the book. As we get to know Ella, we learn that there is more than meets the eye (yes, I did use a Transformer phrase). When Gabe meets Ella he can't figure out conundrum that she presents, herself. However, as he gets to know her, he starts to realize that she isn't a party girl like the tabloids say. I love how Gabe's protective instincts go up and he wants to protect Ella from her psychopath of an uncle. He's pretty messed guy. Words cannot describe the evilness that lies in that man. Anyway, Gabe has his work cutout for him. I adore Gabe, because he tries hard to focus on the task while he has the hots for Ella. At the same time he's a little gun shy, because the last girl he was serious about kind of abandon him due to the fact he was living in a small town. So, he figures Ella would be the same way, because she's a socialite from New York what could Montana hold for a girl like her. Silly man.

Anyway, I found At Wolf Ranch a gripping tale of a girl trying solve a puzzle that her family was trying to solve. Basically, if you are looking for a story with murder, fraud, and embezzlement with a dash of sexy cowboy, you have found your story. At Wolf Ranch is a pretty awesome story.

Copy provide by Avon via Edelweiss Gillian‘s turbulent life has never been easy, but nothing prepared her for the moment of violence that sends her and her little brother running from San Francisco to her grandfather’s ranch in Montana. A man she’s never met. She learned long ago not to trust anyone, but she’ll do anything to keep her brother safe and give him the happy childhood she never had. When she meets Blake Bowden, a strong, silent, gorgeous cowboy who teaches her about the ranch and rescued horses-animals who have been through hell and back, just as she has-Gillian begins to feel at ease for the first time in memory. In fact, she even starts to feel happy. But in her world happiness has always been fleeting, and she’s not sure she can believe in it or the man who has quickly found his way into her heart.

Blake has everything he’s ever wanted: a partnership on a ranch that allows him to spend his day in the saddle training racehorses. His life is good, steady, uncomplicated…until the most beautiful, haunted looking woman arrives at Three Peaks Ranch. If he wants to keep his ideal life, his partner’s granddaughter is entirely off limits, but Gillian awakens a protective instinct in Blake that he can’t ignore…and ignites a passion he shouldn’t feel. But as Gillian heals and finds her way back into the world, Blake knows that he’s found the one thing that he never knew he was missing. And when danger comes close, he will do anything he must to keep Gillian safe…even if it means risking his life’s dream.

When I started When It's Right, I was having a hard time getting into the story. A lot of my issues were with Gillian. I know, why don't I kick a dog when it's down. That's when it hit me, and I started to put Gillian's character into perspective: Gillian is just acting like a wounded animal ready to bit whenever someone gets too close. Of course the story started to work for me. Darn perspective. Anyway, I enjoyed this story immensely and everything started to click for me. YAY!

In the story, we meet Gillian and Justin, and they have been through a lot. So, they are emotionally and physically drain and unsure if they can trust her grandparents or Blake. I thought I was going to have problems with Gillian, and I didn't. She actually made an effort to try to find her way home. I think what kept her grounded was her brother Justin. If she didn't have Justin she might have been one of those wounded heroines with one foot out the door. I love that she was able to find a kindred spirit in a horse name Boots. Boots helps Gillian a lot in the story.

Now Blake. He's pretty awesome. He's patient and caring to Gillian and Justin. Justin starts to open up to Blake immediately, while Gillian took a little time. However, Blake didn't mind. Gillian brought out Blake's protective instincts. Yes, Blake can be charming and overbearing alpha at times, but he has the sweetest heart. He's a bit fearful about hurting Gillian, because a past relation. We don't get the full story till shortly after the middle, and it gives an understanding to his overprotective side.

All right, I enjoyed When It's Right. Yes, it took me a little while to get into the story, but a lot has to deal with Gillian learning to accept love. Growing up she never been loved and cared for and having everyone show her that overwhelms her system. I love the slow building love between Gillian and Blake, because had it been instant love it wouldn't be believable. I can't wait for Dane's story, because each of these boys fall hard for the girl they weren't really looking. 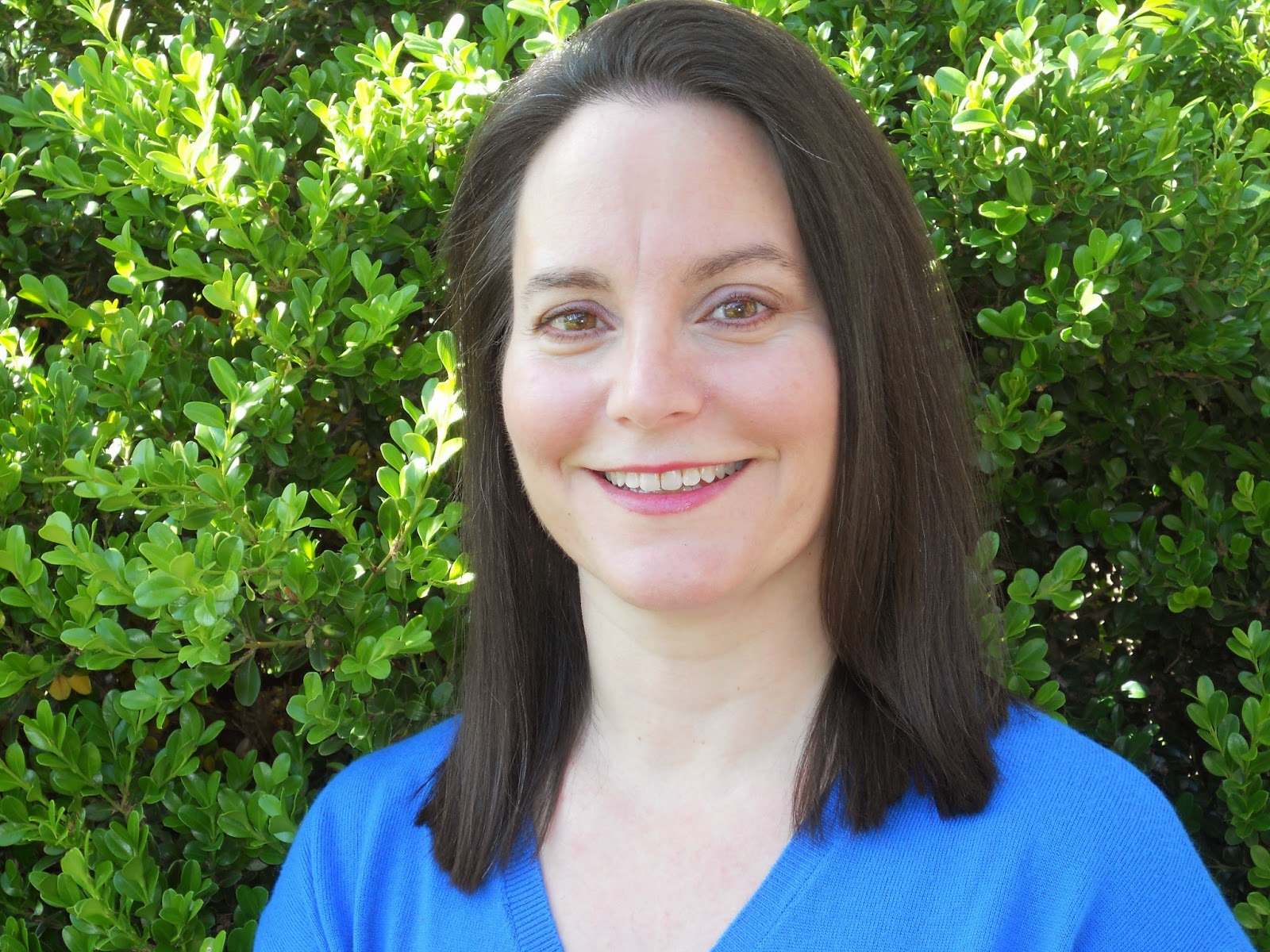 Jennifer Ryan is the New York Times & USA Today bestselling author of The Hunted Series and The McBrides Series. She writes romantic suspense and contemporary small-town romances featuring strong men and equally resilient women. Her stories are filled with love, family, friendship, and the happily-ever-after we all hope to find.
Jennifer lives in the San Francisco Bay Area with her husband and three children. When she isn’t writing a book, she’s reading one. Her obsession with both is often revealed in the state of her home and in how late dinner is to the table. When she finally leaves those fictional worlds, you’ll find her in the garden, playing in the dirt and daydreaming about people who live only in her head, until she puts them on paper.
Author Links:
Website | Facebook | Twitter | Goodreads