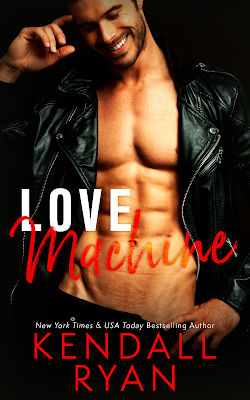 She says she needs some help ... in the bedroom.

She's my best friend and has been for years. Sure she likes numbers and math, and thinks doing other people's taxes is fun. And I like ... none of that stuff. She's obsessed with her cat and reads novels I'll never understand, and yet we just click. There's no one I'd rather share breakfast burritos with or binge watch hours Netflix. She's my person. And so when she takes off her glasses and asks me to help her improve her skills in the bedroom, I barely have to think about it.

Of course I'll help her. There's no one better for the job.

I've been there for her through everything, why should this be any different?

But what happens when she's ready to take her new-found confidence and move on? 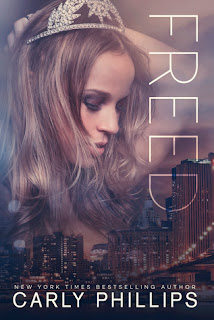 I was kind of excited for the chance to meet Juliette in Freed, and her sisters get a chance to meet her. It wasn't a bad read, but I felt that the story could have been longer. I have said that about all of them, but with Freed I felt that it was too short. However, I did like the story. We have Juliette who wants to get to know her other siblings that she didn't know about. Basically, we watch her break free from her father's control. This could have delved in a little deeper. Oh well. Of course she meets Braden who is working for her father, by keeping an eye on her.

You can see how this is going to play out here. However, there's a few things going on in Braden's life that makes him believe he's no good for her. However, she's willing to give Braden a chance, because he's the first real man that she's had a thing for.

Anyway, Freed is a fast read, but with a little slow beginning. Once we get to Rosewood the story starts to progress pretty fast and she starts to break free from her father's control. You would think she's some kind of rich, spoil girl, bur she has a good heart. It's a good read, but a little short. I can't wait for the next book. 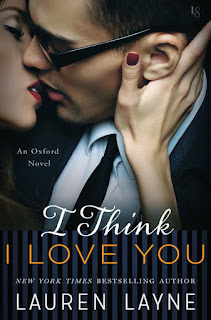 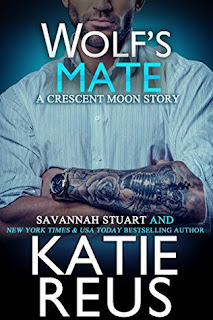 Wolf's Mate is a quick read. If you are in the mood for something quick with little drama and a quick romance, Wolf's Mate is a good pick for you. We have Erica and Hudson, they have a quick thing. They seem good together, but the lack actual communication causes them issues. They are together, but Erica doesn't know where she stands with Hudson. A lot of their problems could be solved with communication.

Wolf's Mate is perfect for that moment you don't know what you should read next, but not sure if you want to dive into a novel yet. It's the perfect little pick me up read, that can be read in a day. If are in need of something that isn't too heavy and drama filled, this is your read. Don't worry if you haven't the previous stories, you will be fine. This story focuses on Erica and Hudson.

Posted by Melody May at 5:18 AM No comments: 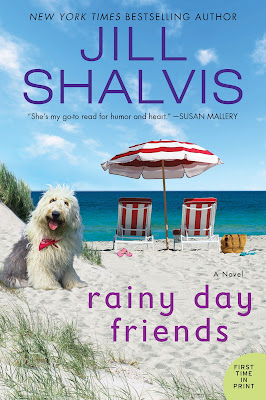 I started  Rainy Day Friends expecting to be a sobbing mess. There were a few moments where it was touch and go. However, I didn't become a blubbering mess, and I enjoyed the story. Lets beginning with Lanie Jacobs. She's a mess. Emotionally she lost her confidence, and that's all on her husband. He did a number on her and she didn't know until he passed away. Which makes her want to close off from people. What he did was probably worse than a lot of things. Anyway, emotional reck and developed an anxiety issues. Then we have Mark Capriotti who is dealing with his own issues. He has a nosey family, and is raising twin girls. One of the girls doesn't speak a word, but understand whats going on around her.

So, we have two characters who both have a lot on their plates. We have Lanie who has basically sworn off men, while we have Mark who has burn by an ex and doesn't really want to form lasting relationship. Plus, he uses his daughters as a human shield. He uses the excuse that his daughters need to come first. Which is fine, and they should, but you shouldn't use them as an excuse not to get burned again. As we read the story, we see that they worm under each others skin.

Then we have River. Now River basically has hunted down Lanie, because they are linked together. However, Lanie doesn't know this, but develops a friendship with River. This makes Rivers task harder than expected. This budding friendship does go through a lot through the story, and it almost ruins Lanie and Mark's relationship. Not in the way you are thinking.

Posted by Melody May at 4:54 AM No comments: 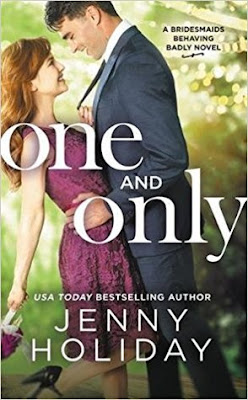 Posted by Melody May at 5:24 AM No comments: 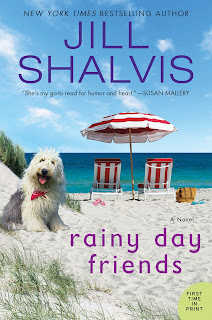 Six months after Lanie Jacobs’ husband’s death, it’s hard to imagine anything could deepen her sense of pain and loss. But then Lanie discovers she isn’t the only one grieving his sudden passing. A serial adulterer, he left behind several other women who, like Lanie, each believe she was his legally wedded wife. Rocked by the infidelity, Lanie is left to grapple with searing questions. How could she be so wrong about a man she thought she knew better than anyone? Will she ever be able to trust another person? Can she even trust herself?

Desperate to make a fresh start, Lanie impulsively takes a job at the family-run Capriotti Winery. At first, she feels like an outsider among the boisterous Capriottis. With no real family of her own, she’s bewildered by how quickly they all take her under their wing and make her feel like she belongs. Especially Mark Capriotti, a gruffly handsome Air Force veteran turned deputy sheriff who manages to wind his way into Lanie’s cold, broken heart—along with the rest of the clan. Everything is finally going well for her, but the arrival of River Green changes all that. The fresh-faced twenty-one-year old seems as sweet as they come…until her dark secrets come to light—secrets that could destroy the new life Lanie’s only just begun to build.

Excerpt:
Read more »
Posted by Melody May at 8:19 AM No comments: