My Seductive Innocent
A Once Upon A Rogue Novel Book 2
Julie Johnstone
Release March 26, 2015 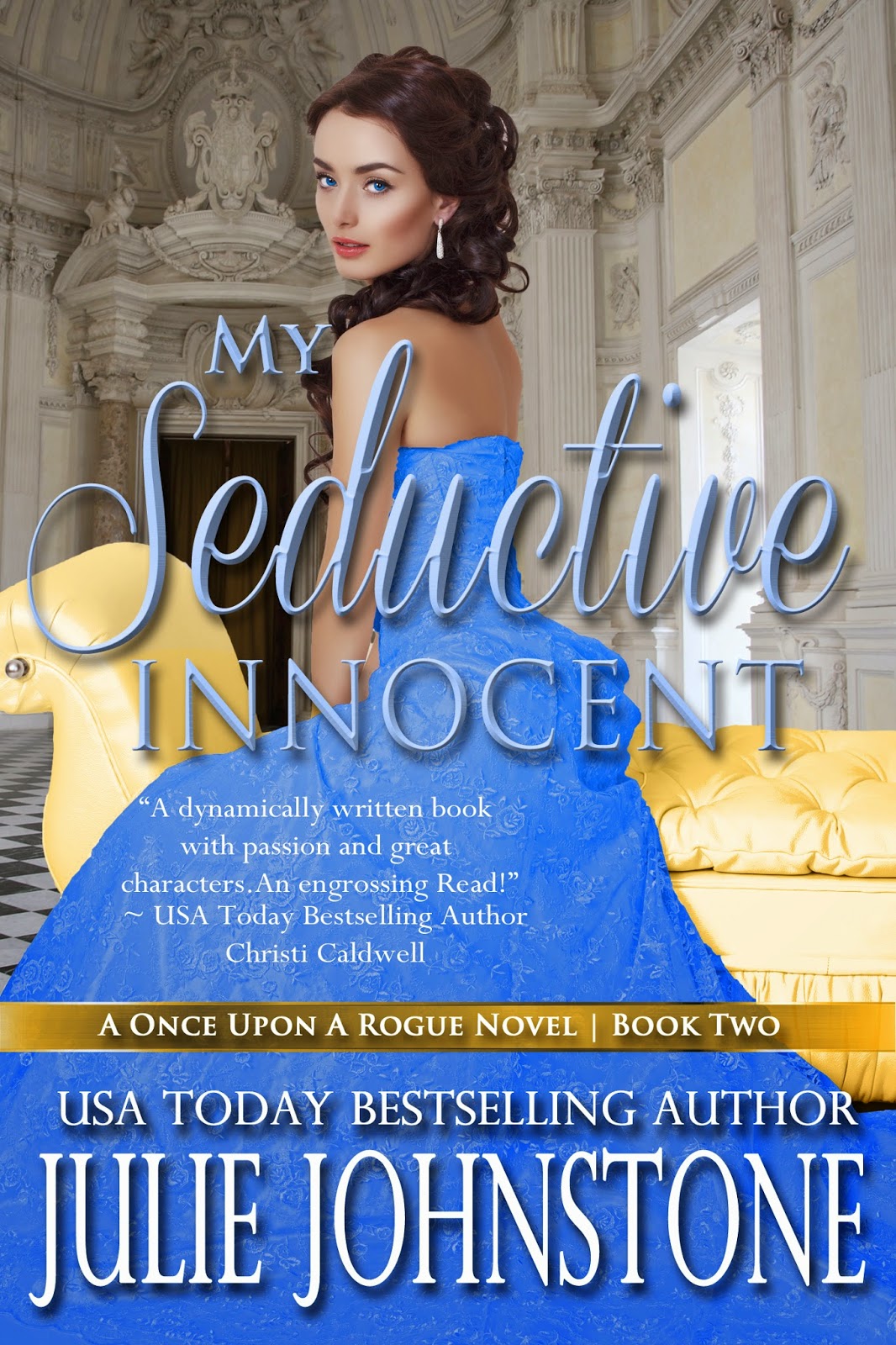 Miss Sophia Vane, a hoyden of the first order, makes an unlikely match when she weds Nathaniel Ellison, the rich and wary Duke of Scarsdale. What starts with an unexpected friendship soon blooms into a fiery passion. But a betrayal plunges Sophia into the thorny world of London Society and entangles her in a labyrinth of manipulation and jealousy that will test the strength of her marriage. Behind her husband’s sudden icy facade, Sophia believes dwells the caring, passionate man she loves. To break through the barriers and reclaim their happiness, they must do more than simply cast away their pride. They must fight for their very lives.

Excerpt from My Seductive Innocent:


Sophia trailed her fingers over Nathan’s strong jawline. She would reveal some of her fear in hopes that one day he would reveal some of his. “You’re like Michelangelo’s David. I’m afraid one day you will wake up and wonder who the stray puppy is that you married.”
He stood so abruptly she feared he was about to agree with her and then walk out of this room and her life. He looked down at her from his towering stance, reached behind him to tug off his shirt, and revealed a rippling abdomen and muscled chest. She stared in awe and wistfulness; his body―marred only at his shoulder by the bandage covering his healing wound―was every bit as beautiful as his face.
“I’m no statue, Sophia,” he growled as he yanked his boots off, then his pants and undergarments. She gaped at the size and power of his body that could not be denied now that he stood there without a stich of clothing.
“You are perfect,” she whispered, ashamed that she was so far from it, so very unmatched to him.
His gaze grew hard. “Expecting perfection from me will hurt us both. I like that you’re not perfect. Do you understand?”
She understood that he’d been hurt deeply and that he was trying to tell her how without saying it explicitly. “I do.”
He lowered himself over her, and something fierce glittered in his eyes. “I’ll hurt you and I’ll fail you, and then you’ll see. You won’t think me perfect. You won’t want to love me then.”

Author Info:
Julie Johnstone is a best-selling author of Regency Romance and the author of a new urban fantasy/paranormal romance book. She’s been a voracious reader of books since she was a young girl. Her mother would tell you that as a child Julie had a rich fantasy life made up of many different make believe friends. As an adult, Julie is one of the lucky few who can say she is living the dream by working with her passion of creating worlds from her imagination. When Julie is not writing she is chasing her two precocious children around, cooking, reading or exercising. Julie loves to hear from her readers. You can send her an email at juliejohnstoneauthor@gmail.com or find her at www.juliejohnstoneauthor.com, or on Facebook at https://www.facebook.com/juliejohnstoneauthor and www.facebook.com/authorjuliejohnstone and on twitter at @juliejohnstone. You can join Julie’s newsletter here: http://juliejohnstoneauthor.com/extras/subscribe/

What do you guys think of this book?


a Rafflecopter giveaway
Posted by Melody May at 6:49 AM