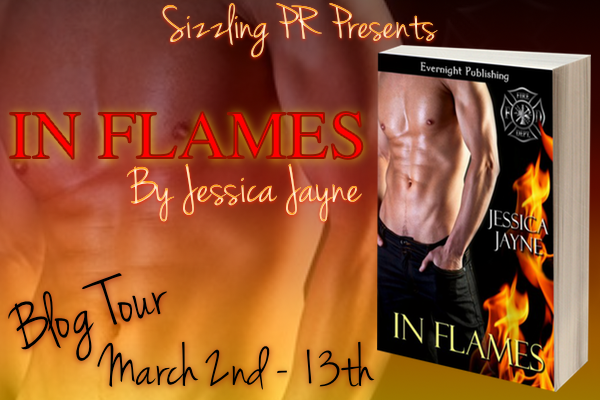 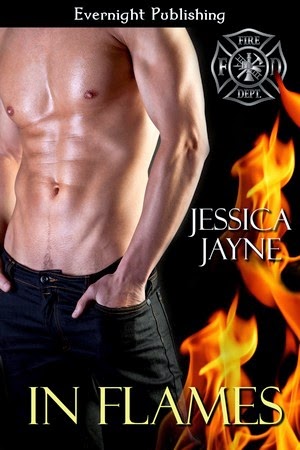 Synopsis:
Gracelyn Riley married a firefighter and she knew that came with some risks. But she never imagined herself widowed in her early thirties with two children to care for on her own. Even though she had asked her husband, Chad, for a trial separation the week before his death because she found out about an affair he was having, dealing with the last year without him has not been easy. Her brother-in-law, Matt, has been the rock that has kept her from collapsing.

As a fireman, Matt Riley had been at the scene when his brother was killed. Several other firefighters had to hold him back to keep him from going after his brother in the collapsing building. The last year has been difficult for Matt. He suffered greatly from survivor’s guilt and drank himself into oblivion on several occasions. His one saving grace has come in the form of his sister-in-law, Gracelyn. Her friendship has pulled him through time and time again.

With the year anniversary of Chad’s death upon them, Gracelyn and Matt turn to each for support and comfort. What they didn’t expect was to realize that their feelings for each other may go well beyond the solid friendship they share. Can they overcome the guilt and the scrutiny of their family and friends to find love together?

Excerpt from In Flames:
“He wasn’t the perfect husband,” Gracelyn said.  “I learned about the women.  I was so angry with him.  So angry.  He risked our marriage and our family for a few hot fucks.  One of the hardest things I ever did was tell him to leave our home… that I needed to separate from him so I could sort it out on my own.  And then, a week later he is gone… for good.  I felt so guilty. I loved him.  I really did.  And he was a great father.  I miss him.”  Tears started to flow down her face.

“I miss him too,” Matt said.  He gave her hand a squeeze.  “Gracey, I know you loved him.  He knew you loved him.  I know he made mistakes in your relationship, but he did love you… a lot… even if he didn’t always show it properly.  And he was going to work his ass off to save your marriage.”  Matt wiped her tears away with the back of his hand.

“This is just so hard, Matty.  Raising Jenna and Josh on my own.  It’s a big responsibility when both parents are around, but on my own… I feel like I am screwing everything up,” she cried.  “Shit around the house that he would normally take care of sometimes falls by the way side because I forget about it… like the trash.  And then I see it sitting there and get mad that he isn’t here to take the trash out or mow the lawn or help the kids with their math homework.  He was always better with math than I was.  Not to mention, I feel so damn alone.”  She looked up at him.  Her blue eyes sparkled through her tears.

“You know you can always count on me,” Matt said.  He put his arms around her and cradled her.  “I’ll help with Jenna and Josh as much as I can.  And you know Mom and Pop will always be here to help too.  And when I don’t have Brian on the weekend, I can be here to do whatever you need…like I have been.”

“I can’t ask you to do more than you already do,” she said.  “You already do so much… too much.  You attend the kids’ events and games.  You help take care of the yard… fix the little things around the house… make sure my car is always up and running.  You need to have a life.  You can’t spend your free time taking care of your brother’s widow all the time.”

“Gracey, you are more than just Chad’s widow.  You’re family.  And you have always been a friend.  You’ve been a tremendous support for me.  I wouldn’t have made it through this last year without you.  I will do whatever I can to help you.  You know that.  We’ve helped each other through this last year and I’m not abandoning you now.  I’ll always be here for you.”

“I just don’t want to be alone anymore,” she cried into his shoulder.  Her hands gripped his t-shirt desperately.  Matt held her tight.  Tears welled in his own eyes.  The past year had been difficult for everyone, especially Gracelyn.  But she’d always stayed strong…whether for the kids, for everyone else or for herself.

They had shared tears together over the last year, but he had only witnessed her completely break down twice.  First, when she found out about the accident.  Matt wouldn’t let anyone else break the news to her.  He had been at the scene when the accident happened.  Several firefighters had to restrain him to keep him from rushing back into the collapsing building to get to his brother.  The fire chief wanted to tell Gracelyn about Chad’s death, but Matt refused that as an option.

He and Gracelyn were close and he did not want her to find out from anyone other than him, so he rode with the chief to her house.  She knew the minute she opened the front door and saw him standing in his turnout pants, t-shirt and suspenders with his face all smudged black from the smoke and his own tears.  She collapsed in his arms when he confirmed it.  And then when they buried Chad, Gracelyn broke down for the last time… at least in front of anyone else.  Maybe she sobbed every night in the shower or lying in bed by herself.  But he had not seen it.  The sight of her in his arms now… it just broke his heart.

Gracelyn lifted her head and looked at him through her tears.  Matt gently touched her face with the back of his hand, in an attempt to wipe away her tears and soothe her.  Leaning into him, she pressed her lips to his.  At first, Matt didn’t comprehend what was happening.  Her lips were soft against his, yet she kissed him so confidently.  Her fresh strawberry scent enveloped him… so sweet… so intoxicating.  She smelled like summer despite it being the end of September.

Matt’s mind told him to stop the kiss.  Stop it before it went any farther.  But her tongue slid against the seam of his lips and his head jumbled with a mix of thoughts—none of which were coherent.

I am a born and raised small town Ohio girl, who moved to the Sunshine State after graduating from college. I graduated with a bachelor's degree in English because I could not imagine doing anything else but reading and writing. In the journey of life, I became a lawyer and also a wife and a mother of three children. So, life is always an adventure.

I love to read and write... obviously! I can usually be found with my Nook or a book in hand. I’m a huge sports fan, especially college football and the Ohio State Buckeyes!  Go Bucks! National Champs, baby! I LOVE to travel... LOVE, LOVE, LOVE to travel. And I love sharing my love to travel with my children. Did I say I love to travel? I love to drink coffee in the morning and tea at night! I love a good glass of wine, especially if it comes from a bottle made by the FOOLS wine club… yep, I’m a founding member of that crazy group!  ☺

I love hanging out with my family and my friends!  Music makes me happy. I’m a mix between country girl and city chic. I love the beach, sunshine and to laugh out loud.

a Rafflecopter giveaway
Posted by Melody May at 11:04 AM