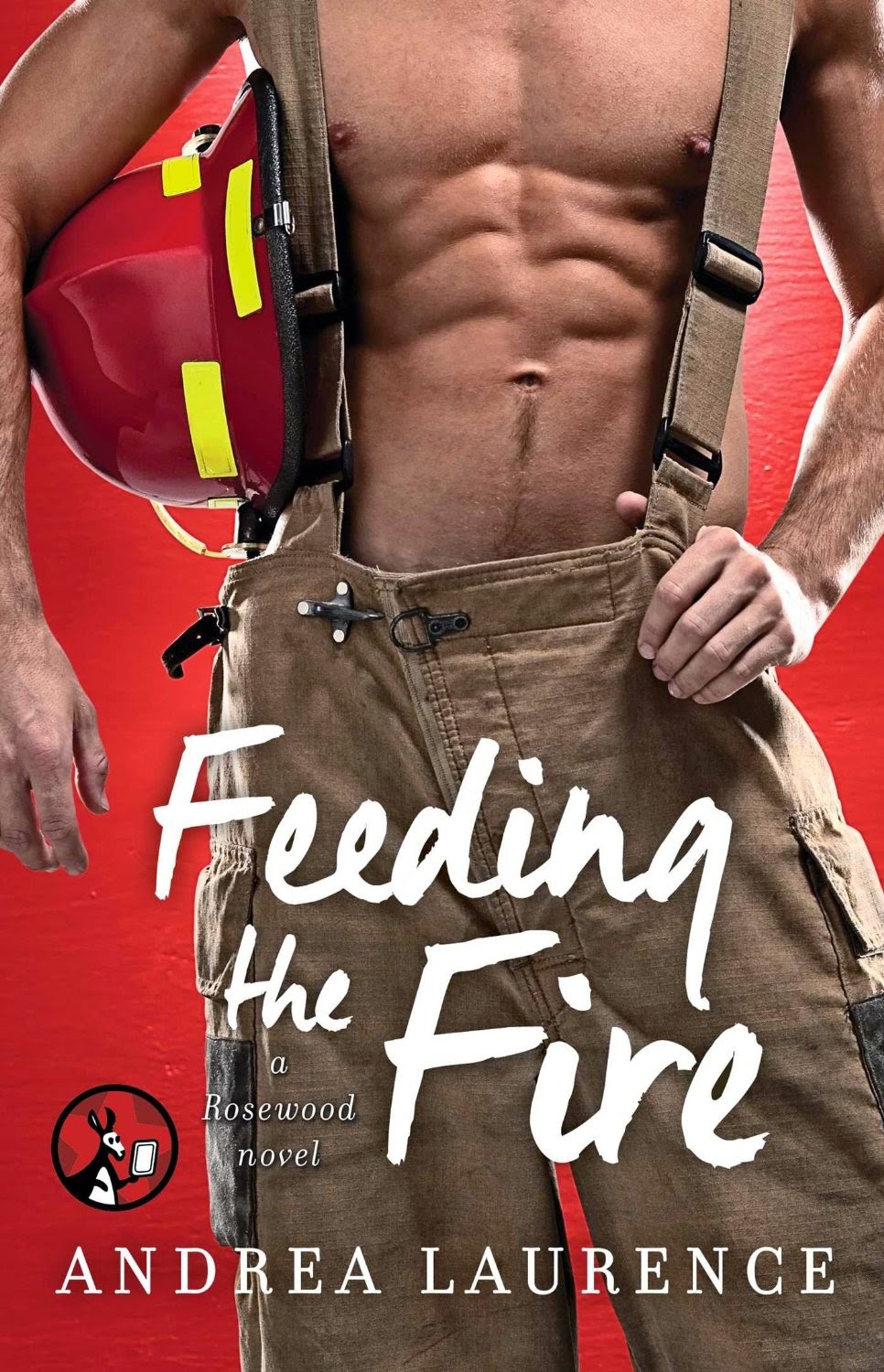 Pepper has no interest in Grant Chamberlain…until she accidentally wins him at a school auction and finds the mega-hot firefighter impossible to ignore. Find out what happens next in the second playful and sexy ebook romance in the Rosewood series!

Living in the small town of Rosewood, Alabama, hairdresser Pepper Anthony has one rule—never date a Chamberlain. She’s always said, “the only thing worse than being ignored by a Chamberlain is being dumped by one.” But Grant Chamberlain, town fireman, isn’t used to rejection, and Pepper has consistently turned him down since high school. She isn’t intimidated by his family; she’s one of the few who refuses to take their crap.

When Grant volunteers at the charity bachelor auction, to his surprise, Pepper buys him. She hadn’t meant to, but Adelia Chamberlain dropped a cold drink in her lap, sending her leaping into the air at precisely the wrong moment. Suddenly she had a massive bill to the town and Grant at her disposal. Since the money has to come from her “restore the house” fund, she decides to use Grant for manual labor instead of romantic dinners. Grant is happy to help, sweaty and shirtless, because one way or another, he’s going to get Pepper to admit she’s attracted to him. All it takes is a small spark, and soon they’ll be fanning the flames.

Excerpt from Feeding the Fire:
Grant stepped out from behind the curtain to a roar of applause. The minute the lights hit him, Pepper felt her heart skip a beat in her chest like she’d been hit with paddles of a defibrillator. He was wearing a black, slim-fit suit with a black shirt and tie. Even though he was indoors and it was nighttime, he was wearing his trademark Ray-Ban sunglasses. The glasses always seemed to accent the square line of his jaw and the sharp angle of his nose.

His full lips curled into his charming smile, with the slightest hint of a dimple visible on his cheek. It reminded her of him looking at her, just like that, from between her trembling thighs.
Damn him for being so sexy. His confidence made him that much more attractive. And frustrating. And irritating. Her fingers itched to reach for her paddle, but she resisted. She wasn’t going to pay for his time, even when he smiled at her that way.
“The lucky lady with the winning bid will go with Grant to a romantic dinner at Brio’s in Birmingham and if she likes, he’ll take her on an exhilarating ride down a windy country road on the back of his motorcycle.”
Pepper could almost see all the wild fantasies rushing through the heads of every woman in the room. It was a nice thought—hair blowing in the wind, thighs clamped around Grant’s narrow hips, arms wrapped around his waist. Even she could imagine the hard feel of his abs beneath the thin cotton of his T-shirt and the vibration of the engine against her most sensitive parts. There was a rumble of approval as they readied their paddles and sized up their competition.
Good luck to them, Pepper thought.
Like a beach ball bouncing around the room, the bids flew fast and furious. Before long, they’d topped three thousand.
Suddenly Pepper felt awkward. Even though she and Grant weren’t dating, she didn’t exactly want to sit around and watch other women battle for him. Looking around the room, she spied Adelia Chamberlain coming back to her table with a glass of ice water. Maybe another drink would help. Or perhaps it was the right time for a restroom break. She could beat all the other women that would rush the ladies’ room when the auction ended.
Pepper slipped her purse onto her shoulder and picked up her paddle so she could dump it in the bathroom trash can. “I’m going to get some air,” she whispered to Ivy, then started to get up.
The ambush was sudden and unexpected. When they first came in Pepper had noticed the cable that the A/V people had taped to the floor, but the room was much darker now. Adelia didn’t see it and caught the toe of her shoe on it. She didn’t fall, thank goodness, but she did stumble, slinging her full glass of ice water into Pepper’s lap.
With a cry of surprise and alarm, Pepper leapt out of her chair, holding her arms high to avoid the water that practically covered her from neck to knees.
“Four thousand!” Allison Price announced from the stage.
The MC’s words were an even larger shock to Pepper than the water. She turned her head toward Grant and the action onstage. He was looking straight at her with a wide smile of confidence across his face. He winked at her, and Pepper felt her stomach sink into her boot. Allison was pointing in Pepper’s direction, trying to coax a higher bid out of the audience.
Yes, please, she screamed in her head. Make it forty-five hundred. Hell, make it four thousand and one penny. Just outbid her. She was answered with deafening silence. The only one in the room making a sound was Allison up on stage. It seemed that suddenly, all the battling women seemed to give up. Even Grant wasn’t worth that much, it seemed, and she agreed.
“No!” Pepper shouted, but there was no stopping it.
“Going once . . . going twice . . .”
“I didn’t mean to—”
“Sold! To the lady in the blue sweaterdress, paddle twenty-two!”
Pepper looked down at her dark blue sweater, suddenly made even darker by the spreading water mark. Her damned paddle, the one she never wanted to begin with, was still in her hand. She watched as it slipped from her fingers, clattering to the ground in slow motion as the gravity of the situation caught up with her. Four thousand dollars. She’d just bid four thousand dollars. Because of well-aimed ice water.
“Oh, Pepper,” Miss Adelia fussed, dabbing her with an inadequate cocktail napkin and shaking off the well-meaning hands of the folks that were more concerned about the older woman nearly falling. “I am so sorry. I didn’t even see that silly cord,” she said. “Is your dress okay?”
She couldn’t respond. All Pepper could do was close her eyes and try to keep the tears of frustration and aggravation from rushing down her cheeks.
She had just paid four thousand dollars for a date with Grant Chamberlain.

Andrea Laurence has been a lover of reading and writing stories since she learned to read at a young age. She always dreamed of seeing her work in print and is thrilled to finally be able to share her special blend of sensuality and dry, sarcastic humor with the world. A dedicated West Coast girl transplanted into the Deep South, she's working on her own "happily ever after" with her boyfriend and their collection of animals including a Siberian Husky that sheds like nobody's business.

a Rafflecopter giveaway
Posted by Melody May at 5:24 AM