Beyond the Darkness by Katie Reus (Review) 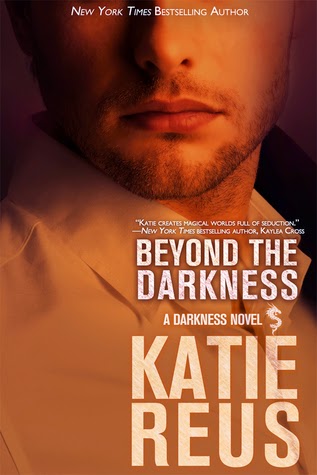 I have to say that Darkness series has been an interesting read. Overall, I like the series, and I did like Beyond the Darkness. However, I wouldn't say I loved the story, but it was interesting.

All right, so we have Keelin and she's free from her forced hibernation, and she plans to live her life to the fullest. However, there are some challenges that come with that, for instance she has someone trying to kill her. Anyway, she believes she can handle it and kind of gets pissed off when Bran steps in to help.

Now Bran, has found his mate in Keelin. I like how broaches Keelin, and he tries not to step on her toes. However, his protective instincts go into overdrive when he feels she's in danger. He's completely alpha in that sense.

Okay, a lot of stuff happens in Beyond the Darkness. We have someone hunting Keelin down. Keelin trying to fight her feels and urge to mate with Bran. Now that drove me nuts. Yes, I get that she wants to have a taste of freedom, but it got a little old after a while. We have Keelin's overprotective parents; talk about helicopter parents.

Overall, not bad. Yes, there was some steamy parts, but Keelin drove me nuts. Actually, my favorite part of the story was Bo and Nyx, because it sounds like they might get there story. That story might be filled with all sorts of complications, but that's beside the point. The demons, dragons, and demigod fighting as pretty cool. Beyond the Darkness was an all right read, and I would like to see how next story progress.