Lusting for Covers (63): The Legend of Lyon Redmond by Julie Anne Long 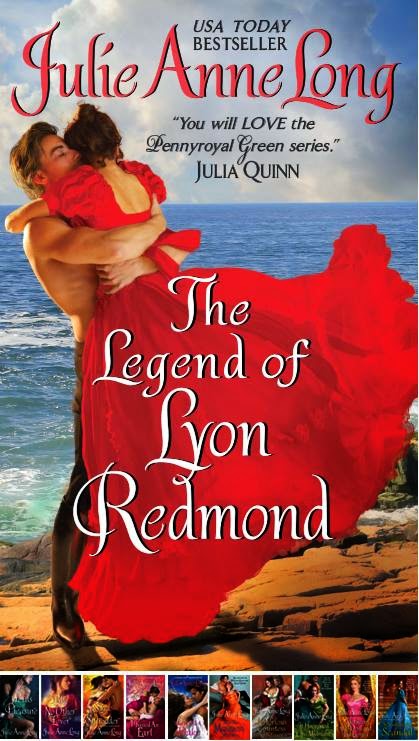 Bound by centuries of bad blood, England’s two most powerful families maintain a veneer of civility...until the heir to the staggering Redmond fortune disappears, reviving rumors of an ancient curse: a Redmond and an Eversea are destined to fall disastrously in love once per generation.

I actually got to see this a couple of weeks ago when Julie Anne shared it with her newsletter subscribers. I fell in love with it right away. First off, it has a red dress, and we all know how I feel about red. Second it has sea in the background. Overall, gorgeous. I had to ask Julie if I could use her cover, because it's only in a couple of places. Thankfully she said yes. So, if you haven't seen her new cover, here you go. What do guys think of it? Don't you love it.