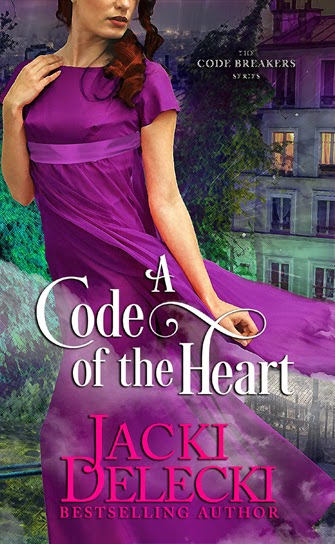 Blurb
Miss Amelia Bonnington has been in love with Michael Harcourt since she was nine years old… or so she thought until a not-so proper impassioned and unyielding kiss from the not-so honorable and equally disreputable Mr. Derrick Brinsley, gave her reason to question the feelings of the heart.

Derrick Brinsley, brother to the Earl of Falconbridge, shunned from society for running off with his brother’s fiancée, hasn’t cared about or questioned his lack of acceptance until meeting the beguiling Amelia Bonnington. One passionate moment with the fiery Miss Bonnington has him more than willing to play by society’s rules to possess the breathtaking, red-haired woman.

Amelia unwittingly becomes embroiled in espionage when she stumbles upon a smuggling ring in the modiste shop of her good friend. To prove her French friend’s innocence, she dangerously jumps into the fray, jeopardizing more than her life.

On clandestine assignment to prevent the French from stealing the Royal Navy’s secret weapon, Derrick must fight to protect British secrets from falling into the hands of French spies, but also the chance at love with the only woman capable of redeeming him.

I have to say that I liked A Code of the Heart. It happen to be a fairly quick read with likable characters. So, the story focuses on Amelia and Derrick. Both of these characters feel an attraction for one another, but there are a couple hang ups. 1) Amelia has a crush on her a neighbor and hopes to marry him. 2) Derrick has rakes reputation. Which aren't real problems. Along with this budding romance, we have a smuggling ring going on that Amelia accidentally stumbles upon, and she has a real concern for her friend.

Okay, my one main issue to the story is that it felt a bit rush and plot could have been expanded more other than that it was a good story. I like the interaction between Amelia and Derrick. Amelia is a pretty smart young woman who has a hoydenish tendency, but at the same time girly. She wants to see the best in everyone. Derrick has a rakes reputation, because he refuse disclose what really happen in the past. Basically, he just sucked up, and he's a decent guy. Honestly, I wish the author could have dived more into his past, because we could have seen more of the decent guy Derrick actually is instead being portrayed the rake. Overall, if you are looking for a quick read that has spies,  and little bit mystery with a dash romance, you might consider A Code of the Heart a try. 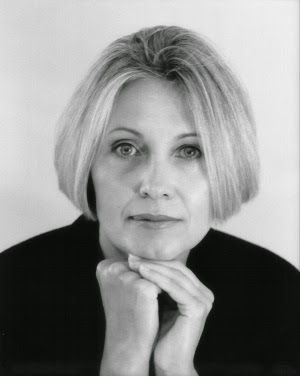 Descended from a long line of storytellers, Jacki spins adventures filled with mystery, healing and romance. Jacki’s love affair with the arts began at a young age and inspired her to train as a jazz singer and dancer. She has performed many acting roles with the Seattle Opera Company and the Pacific Northwest Ballet. Her travels to London and Paris ignited a deep-seated passion to write A Code of Love, a romantic mystery set in the Regency era. Jacki is certain she spent at least one lifetime dancing in the Moulin Rouge.
Although writing now fills most of her days, she continues to volunteer with Seattle’s Ballet and Opera companies, as well as leading children’s tours of Pike Street Market. Her volunteer work with Seattle’s homeless shelters influenced one of her main characters in An Inner Fire. Jacki’s two Golden Labs, Gus and Talley, are her constant companions. Their years of devotion and intuition inspired her to write both dogs as heroes in A Code of Love. A geek at heart, Jacki loves superhero movies—a hero’s battle against insurmountable odds. Fortunately, her heroines don’t have to wear a unitard to fight injustice and battle for the underdog. Jacki’s extraordinary heroines love and heal. Visit www.JackiDelecki.com for more information.