Audiobook Review: Wild About You by Kerrelyn Sparks 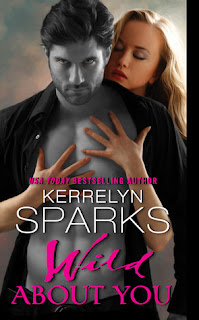 I got a chance to listen to know Wild About You by Kerrelyn Sparks. I have to say that it was a pretty good listen. I absolutely adore Howard, I love that he is a were-bear. He's super shy, loves bear claws, and he has a huge crush on Elsa Bjornberg. Elsa does a home renovation show, and was invited to fix up a home that Shanna and Roman own. Shanna has the idea to fix Elsa and Howard together. However, we find out Howard and Elsa are tied together.

Wild About You  continues with the troubles from the last book. We have Rhett continuing cause problems in the were-community. Again, you probably should read/listen in order, because they all tie together and build upon one another. Anyway, it was a pretty good listen. I really enjoyed their story. I fell in love Howard even more.

Rating:
4 Stars
Posted by Melody May at 6:12 PM No comments: 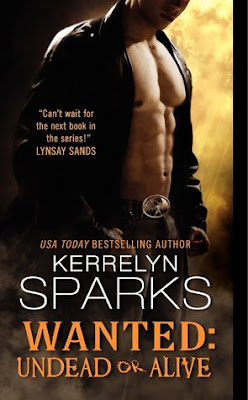 If you love extra cheese in your romance you have found your read in Wanted: Dead or Alive. I didn't think it could be bad, but it was pretty bad. If you can survive the cheestastic time, it does get pretty good towards the end. I did struggle with this story. Don't get me wrong I love Phinneas McKinney aka the Love Doctor. During the series he has so much growth. He started out with the bad guys and  decided that he didn't like that kind of life. He joins the Vamps to help them defeat the Malcontents. Anyway, he sees everyone hooking up, and he wants a true love too. If you have been following the series he had been chasing after LaToya. I'm glad he didn't ended up with her, because she's a terrible person. However, he has been developing feeling for Brynley Jones (Phil's sister). Yet Phil's sister is a no go, because of bro-code. Yet they both feel an attraction for one another, but trying hard to ignore.

There is a lot going on in this story. We  have Brynley who feels the urge to go home, but danger lurks there. Phinneas needs to go to Wyoming, and he drags Brynley with him. The story does get a little better the longer we stay in Wyoming. Overall, Wanted: Dead or Alive wasn't terrible, but it wasn't the greatest. It was an okay read, and it progresses the overall story. What happens in the end kind of makes me wonder about other things about the story, but we are going to leave them alone. It continues the progress of the story. 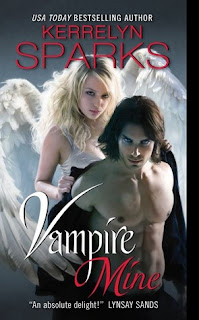 Vampire Mine wasn't a favorite of mine. It was an all right listen. We have Marielle who happens to be a fallen angel, and is trying to get back to heaven. Then we have Connor Buchanan. He has a few issues going on in this story, but he feels needs to help Marielle. There are few complications with Marielle that makes Roman distrust her.
Connor has feelings for Marielle, but he's willing sacrifice them so he can help Marielle return to heaven. Anyway, the Vamps are style trying to defeat the Malcontents. However, another player in evil is introduce Darifer (not sure if thats how spell his name audiobook) the demon is added to mix. Marielle does a lot a crying in the story, but it makes sense he loves being a heavenly host. I would be crying about everything if I was in her position.
Anyway, Vampire Mine was an okay listen. It wasn't like I have to listen. There were times where I was like I need a break. However, I will continue with the series.
Copy provide by local library.
Rating:
3 Stars
Posted by Melody May at 6:30 PM No comments: