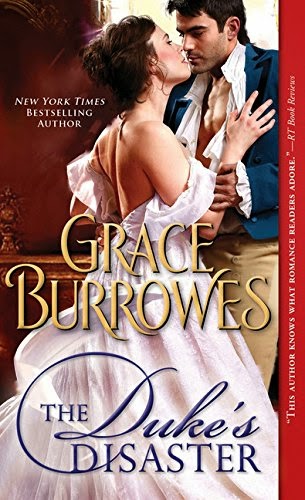 Noah Winters, Duke of Anselm, exercises the pragmatism for which he's infamous when his preferred choice of bride cries off, and her companion, Lady Thea Collins, becomes his next choice for his duchess. Lady Thea's mature, sensible and even rather attractive-what could possibly go wrong?

As a lady fallen on hard times, Thea doesn't expect tender sentiments from His Grace, but she does wish Noah had courted her trust, lest her past turn their hastily arranged marriage into a life of shared regrets. Is His Grace courting a convenient wife, or a beautiful disaster?

Excerpt from The Duke's Disaster:


The Duke and Duchess are having a rocky start to their marriage, also to their day…

Noah had woken up beside his wife—again, despite all plans to the contrary—creating another first for him. Thea had risen several times during the night to tend to herself. He hadn’t realized that monthly courses caused a woman’s rest to be interrupted.

Crashingly bad planning, for a lady’s sleep to be disturbed when she most needed rest.

“You’re not about to steal my tea?” Thea held out the cup, her gaze shy as she sat propped against the headboard.

“Where’s the fun in stealing what’s freely offered?” Noah settled in beside her and filched a bite of her cinnamon toast. “Would you rather have chocolate this morning?”

“You’re”— Noah waved a hand in the direction of her middle—“indisposed.”

“I am not indisposed.” Thea set her teacup down with a little clink. “The discomfort has passed, as it always does. You needn’t be concerned.”

“I am not concerned, Thea.” Not greatly concerned, now that she’d stopped ordering him to go away and was ready for a proper spat. “I am attempting in my bumbling way to dote. You will allow it.”

Drat. He’d given another order.

“You couldn’t bumble if one gave you written instructions, Anselm,” Thea said, looking a little less peaked for having run up her flags. “That was my toast you appropriated.”

“Appropriation is what happens when one’s wife can’t appreciate a little doting. You’re being stingy with the tea, just as you were stingy with the covers. How long does this indisposition last?”

Her chin came up. “I am the Duchess of Anselm. I am not stingy with anything, but you are a very presuming husband.”

“Doting.” Noah took Thea’s free hand to kiss her knuckles— lest she mistake his point. “Also in need of my duchess’s guidance on this one marital matter.”

“This is so personal.” Thea’s gaze was on their joined hands— for Noah would not have her haring off in a fit of mortification. “I didn’t think you’d be a personal sort of husband. You were supposed to appear in my dressing-room doorway a few nights a month, silently take a few marital liberties, and then leave me in peace. We’d trade sections of the Times over breakfast the next morning.”

“Prosaic.” Boring and exactly what Noah himself had envisioned. “Hard to see any doting going on, though.”

“Husband?” Thea’s tone was hesitant. “Thank you, for keeping me company last night. I would not have known how to ask.”

“I suppose that’s the definition of doting.” Noah lingered at the cart to assemble a plate. “It’s the little things you can’t bring yourself to ask for, that an attentive spouse will enjoy providing to you. Bacon or ham?”

“A little of both, please.”

“I’m a trifle indisposed. I need the sustenance.”

Noah piled both ham and bacon on Thea’s plate, and stole better than half of it, because he needed the sustenance too. 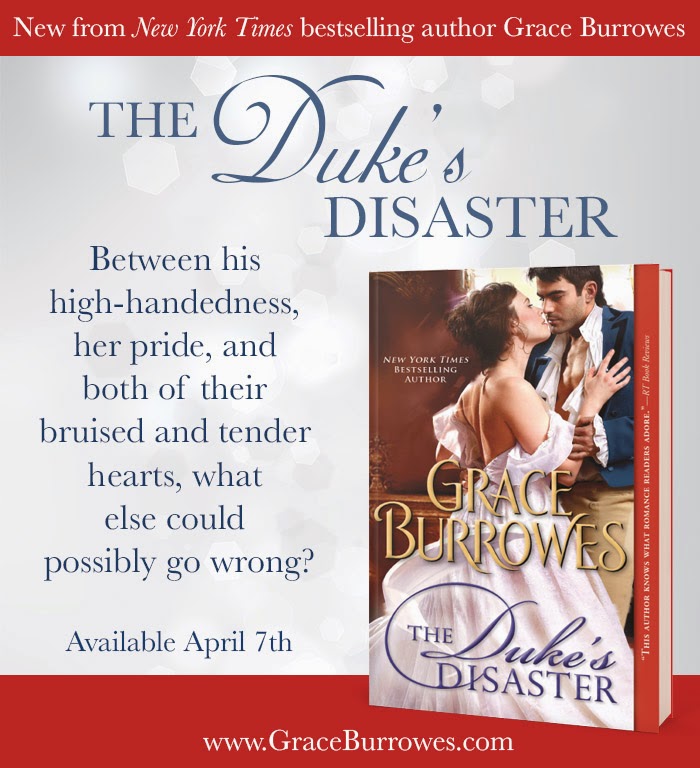 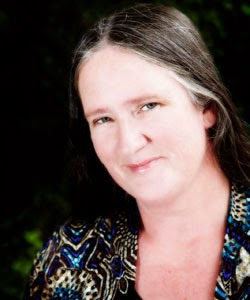 New York Times and USA Today bestselling author Grace Burrowes' bestsellers include The Heir, The Soldier, Lady Maggie's Secret Scandal, Lady Sophie's Christmas Wish and Lady Eve's Indiscretion. The Heir was a Publishers Weekly Best Book of 2010, The Soldier was a PW Best Spring Romance of 2011, Lady Sophie's Christmas Wish won Best Historical Romance of the Year in 2011 from RT Reviewers' Choice Awards, Lady Louisa's Christmas Knight was a Library Journal Best Book of 2012, and The Bridegroom Wore Plaid was a PW Best Book of 2012. Her Regency romances have received extensive praise, including starred reviews from Publishers Weekly and Booklist. Grace is branching out into short stories and Scotland-set Victorian romance with Sourcebooks. She is a practicing family law attorney and lives in rural Maryland.

a Rafflecopter giveaway
Posted by Melody May at 3:42 AM