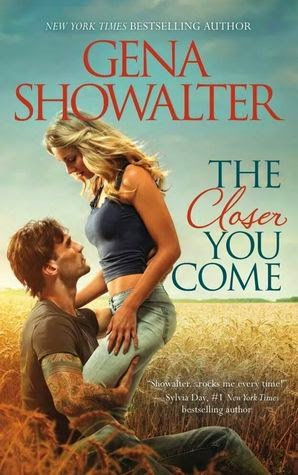 Just released from prison, Jase Hollister has a dark and twisted past.  And now, he has only one goal: stay out of trouble. Strawberry Valley, Oklahoma, sounds like the perfect place for him and his two brothers-by-circumstance to settle down and live a nice, simple life. But model citizen isn’t exactly this rugged bachelor’s default setting—especially when it comes to a certain hot-blooded Southern beauty…
Brook Lynn Dillon has always been responsible. Not that it’s done her much good. The down-on-her-luck waitress is broke, single and fun-deprived. Until Jase comes along. He is dangerous, stunningly protective, breathtakingly sexy and as tempting as sin, and the passion sizzling between them is undeniable. But can it melt her resistance? After all, the right kind of trouble might be just what they both need.

EXCERPT from The Closer You Come:


When she’d proudly proclaimed herself healthy, he’d almost pulled her flush against him and kissed her. But she’d looked vulnerable and hauntingly fragile, and he’d found the strength to walk away instead. The need to protect her, even from himself, had proven stronger.
Now, here she was, on the bed, looking as healthy as she’d claimed.
He shut the door and moved into her line of sight.
She gasped with surprise—and pleasure? “Jase!”
He paused long enough to ask, “How are you feeling?”
Warmth bloomed in her baby blues. “Totally racer ready. Just waiting for my discharge papers.”
“Good.” He closed the distance, cupped the back of her nape and pressed his lips to hers.
She opened with another gasp.
No turning back now.
His tongue thrust against hers, and hers reached tentatively for his. A groan escaped her, enthralling him, and just like that, he lost track of his surroundings, his intention to simply taste. His mind centered on only one thing: hearing that sound again.
He urged her to her back, kissing her as if he would die tomorrow. As if she were the last girl he’d ever see. As if her lips held the answer to every question he’d ever asked. Supple and willing, she reclined for him. Her arms wound around his neck, bringing him with her, so that the hardest parts of him were lined up with the softest parts of her. All the while their tongues rolled and thrust in a white-hot tangle.
He tasted mint and cinnamon, a hint of strawberries. A heady combination, addictive when it should not have been. He’d tasted all three flavors before, but they’d never made him feel as though he was floating… melting from the inside out.
He could be locked away for the rest of his life, he decided, but it wouldn’t matter because he’d experienced this one perfect moment. Not even Daphne had affected him this strongly—and with so little. But then, her kisses had been those of a teenager in puppy love. This one came straight from a woman with passions as intense as his own.
Everything he’d felt for Brook Lynn since moment one consumed him, raw and carnal as she arched her back and rubbed her chest against his. Softness without the barrier of a bra, two little beads abrading deliciously…only the thin material of her shirt covering her.
He clutched at her pillow, nearly ripping the material in half, and lifted his head to ensure she could read his lips. “Be still,” he told her. If she kept moving like that, the experience would end in mere minutes. “Please.”
“Can’t,” she rasped, her fingers applying pressure at his nape, urging him back down.
Her eyes were glassed with passion-fever, her cheeks even rosier than before. Her lips were red and swollen, moisture glistening over them.
“Damn, you’re beautiful.”
“And you’re wasting precious time.” She stopped trying to force him down and sat up, thrusting her tongue in his mouth, as if she’d been starved for him and could not live another second without this.
When she fell back, he went with her, her willing captive. Her nails raked down the ridges of his spine, and he cursed the shirt that prevented skin-to-skin contact. The urge to climb on top of her, to pin her down with the full bulk of his weight, teased him. He would put his hands on every inch of her, strip her, caress her nakedness and drive her to the very edge of release. And the sounds she would make…he would swallow them all.
A low, possessive growl rose from deep in his chest. He’d never heard it before. Not from anything human. It should have scared the hell out of him, but it merely urged him on. He put one of his knees on the bed—on the gurney.
The gurney.
They weren’t just in a public place, but in a hospital. Anyone could come in. Anyone could sneak in behind him, attack him.
Jase jolted back, severing contact. His body shouted a protest, his hands closed so tightly he would have sworn he’d cracked the bones. He struggled to catch his breath, to stay in place, away from her. Have to stay away from her. How had she made him forget his surroundings, even for a second? 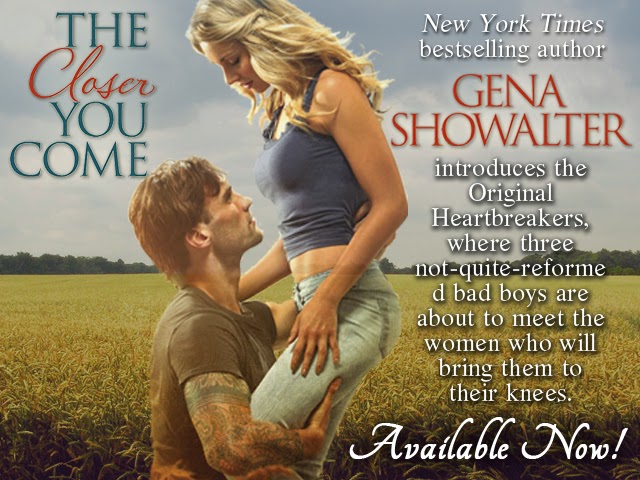 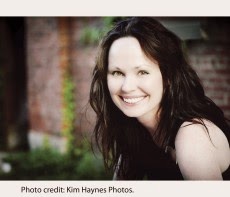 Gena Showalter is the New York Times and USA Today bestselling author of over thirty books in paranormal and contemporary romances, as well as young adult novels. Her series include White Rabbit Chronicles, Angels of the Dark, Otherworld Assassins, Lords of the Underworld, Alien Huntress and Intertwined.

Her novels have appeared in Cosmopolitan Magazine, and Seventeen Magazine, and have been translated all over the world. The critics have called her books "sizzling page-turners" and "utterly spellbinding stories", while Showalter herself has been called “a star on the rise”.