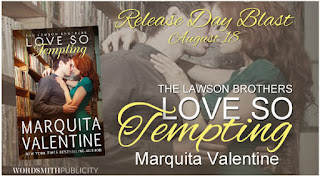 We're celebrating the release for the next book in The Lawson Brothers Series, LOVE SO TEMPTING! Check out the excerpt and giveaway below! 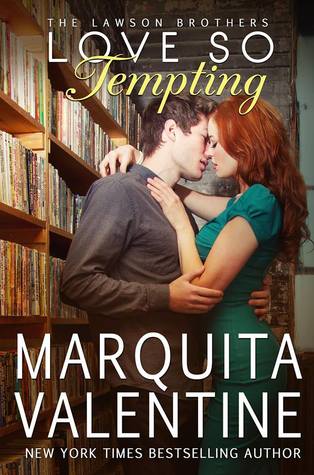 Book Description:
Prim and proper beauty queen Lemon McCoy is at her wit’s end when one night of passion leaves her pregnant by Jessamine’s favorite ladies man, Tristan Lawson. Forced to turn to her childhood tormentor in her time of need, she convinces Tristan to marry her to keep the gossip in their small town at bay.

Marine turned hometown librarian Tristan Lawson has secretly loved Lemon McCoy for years but they can’t seem to be around each other without trading insults. When Lemon finally spends the night with him, it’s a dream come true, and he hopes, the start of something more. But the very next morning they are back to their bickering ways that forces the two apart. Until Lemon confesses that she’s pregnant with his baby, giving him a second chance he never expected.

Although Tristan agrees to a marriage of convenience, he is confident he can show Lemon they are right for each other. But can Lemon trust him with her heart, or will their past be too much to overcome? 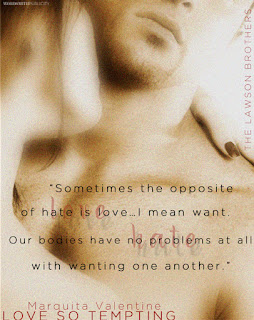 Excerpt:
“I want a husband.”

Jealousy surged, white hot in its intensity. “I’m not going to help you with that,” he said flatly.

Her eyes narrowed. “Why would you, Tristan? It’s only your baby, too. “ Abruptly, she stood. “I don’t why I thought you’d agree to marry me.”

“Who else would I marry?”

He almost shrugged. “Lemon, you have to admit that this is a bit unorthodox.”

“I know we don’t have the same opinion on things,” she said with a grimace, “but I thought, even though we have our differences, that you would help a lady in her time of need.”

“Help a lady…” He let his words trail off. Marry her. Marry Lemon. Never in his wildest dreams would he have imagined his life would come to this—a baby and marriage to the one woman who hated him.

“Either you can help me out or not, but I’d like an answer.”

“Yes,” he said, and her eyes widened.

“I guess you didn’t expect me to agree, huh?”

“When have we ever agreed on anything?” she pointed out.

True enough. Except… “Six weeks ago, we agreed on a lot of things.”

Her cheeks pinkened. “I know what happened six weeks ago,” she said tightly. “I’ll thank you for being a gentleman and not bringing it up again.”

He chuckled, but it was humorless. “When did I ever give you the impression that I was ever a gentleman?”

“Aren’t I the luckiest lady in Jessamine to soon have you as my husband,” she said with a sniff.

She rolled her eyes. “Wonderful. If you’ll excuse me, I have lunch plans with Skylar.”

“I thought we had plans for lunch.”

“The sight of you makes me want to puke, and I need the extra calories,” she said primly. “I’ll give you a call.”

“You do that, but don’t wait another six weeks. I want to be involved in everything, Lemon.”

Wasn’t he the luckiest son of a gun to walk the earth to get a third chance with her? he thought as she left his office.

Hadn’t he been beating himself up for weeks over the way he’d allowed her to walk away from him? Sure, he had gotten rid of Whitney as soon as possible—after informing her that their on again/ off again relationship was permanently off, but that hadn’t solved his problem with Lemon.

Hell, he hadn’t gone after her. He should have. He knew where she lived, where she worked, and where she went to church every Sunday.

The last time they’d come anywhere close to this, he’d allowed her family to come between them. Specifically, her sister, Apple, and while Lemon might have only written to him out of pity, he was damn sure her sisters—both Apple and Cherry—had put their spin on things.

Only he wasn’t sure how exactly. Seven years ago, he had been so puffed up on his ego and pride that he’d walked away from her.

Things between them were still just as hot and sweet. Still just a volatile. While permanence in their relationship, no matter how tenuous, was just in reach.
All he had to do was marry her.

Get Love So Hot (Lawson Brothers Book #1) NOW for FREE: 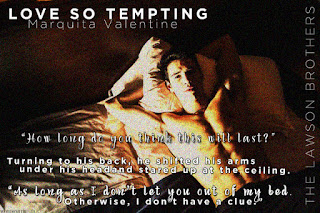