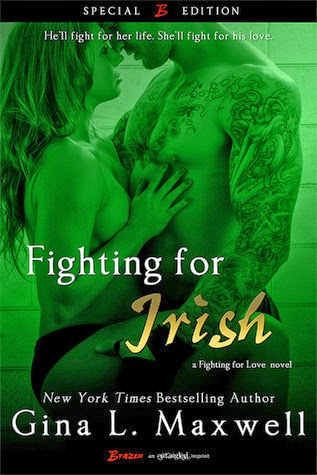 He’ll fight for her life. She’ll fight for his love.
Former MMA fighter Aiden “Irish” O’Brien hasn’t stepped into the ring since he accidentally took someone’s life in the heat of rage. When his friend calls in a favor that sends him south to check on family, Irish figures he’s got nothing to lose. His life is on the ropes. The least he can do is make sure the sexy redhead is safe.
Kat MacGregor has forty-eight hours to settle the twenty thousand dollar debt her deadbeat ex-boyfriend owes a crime boss. If she doesn’t, she’ll pay for it—with her life. Kat’s halfway out the door when a sexy new guy walks into the bar and insists he’s there to help.
Irish is forced to fight in the underground MMA circuit to win the money she needs. But he’s been lying to Kat. About who he is, about knowing her sister, about why he comes home bruised every night. She’s the best thing that’s ever happened to him, but breaking her trust will cost him the most important fight of his life: the one for her heart.


You can also checkout the outtakes: http://www.beccathebibliophile.com/2014/03/fighting-for-irish-alternate-trailer.html 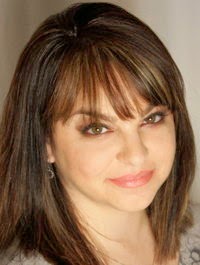 New York Times and USA TODAY bestselling author, Gina L. Maxwell, is a shameless romance addict with no intentions of ever kicking the habit.
Growing up, she dreamed of helping people escape reality with her sublime acting abilities. It wasn’t until college when she realized she had none to speak of, thereby derailing her lifelong plans. Another ten years would pass before she discovered a different means to accomplishing the same dream: writing stories of love and passion for romance addicts just like her.
Thanks to the support of her amazing family, Gina is now the Boss of the world’s first organized romance mafia, the Maxwell Mob, and living her dream of bringing a little romantic fantasy to the world—one steamy novel at a time.
Social Media:
Website ~ Pinterest ~ Twitter ~ Facebook ~ Maxwell Mob
Posted by Melody May at 2:00 AM