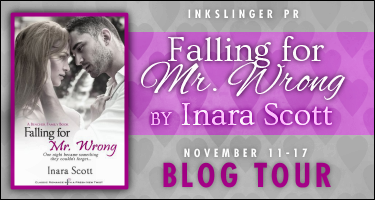 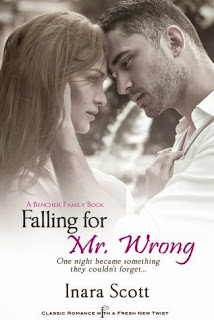 Single father of three, Ross Bencher, knows the kind of woman he wants: someone predictable, reliable, and safe, who can give his kids the security they deserve. Someone entirely different from high-altitude mountaineer Kelsey. Kelsey bewitches him with her long legs and wild passion and is about as far from his ideal as a woman can get, but try telling that to his body. Or his heart...

When Kelsey agreed to fill in as a temporary nanny for her best friend’s agency before a big climbing expedition, she had no idea she’d be working for drop-dead sexy Ross Bencher, a man she can’t seem to keep her hands off. She knows if she wants to bring herself—and her father—back alive from the Himalayan Mountains, she can’t afford second-guessing, attachments, or distractions. But Ross’s blue eyes and strong hands leave her gasping...and questioning everything she’s ever known about love...

Author Biography:
Inara grew up in winter wonderland of Buffalo, NY. Consequently, she spent much of her childhood complaining about being cold. To spare the world her whining, she fled the cold climate and eventually wound up in the Pacific NW, where she practiced law for ten years before getting up the courage to quit her day job and write full time. A proud author of fantasy and romance for adults and young adults, Inara firmly believes that great literature doesn't have to be depressing, true love does exist, and everyone deserves a happily ever after. You can find her online at Twitter (@inarascott), on Facebook, and at her website: www.inarascott.com. 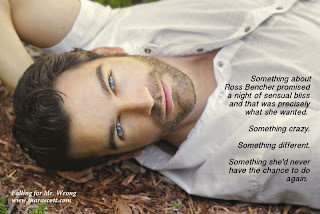 She considered walking out, but then the corner of his mouth quirked, just a little, and he reached out to tuck a long strand of her hair behind one ear. When he touched the edge of her jaw, a trail of goose bumps splintered down her spine.
She couldn’t turn away. Not from a man with a smile that reached right down inside her, or eyes that were sexy, yet warm, the kind that belonged to a man who spent a lot of his time laughing. A man who would spend the night and buy you breakfast in the morning.
"Well, to answer your question, I'm leaving tomorrow for Nepal." The flutter between her legs grew to a throb.
"Dear God." Ross pulled back, frowning. "Are you climbing Mount Everest?"
Kelsey smiled. "No. Annapurna, actually. Annapurna One."
"There's more than one of them?"
"It's a section of peaks in the Himalayas. Annapurna One is the tallest. Not as big as Everest, but size isn't everything."
Ross waggled his eyebrows. "Anyone who says that is lying, you know."