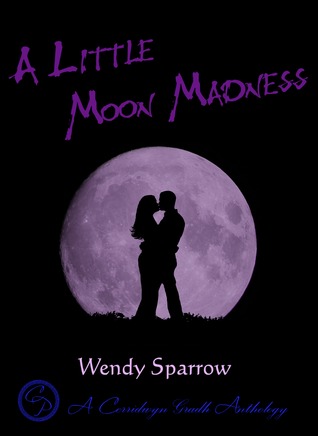 The first one is The Cold and Lovely Moon which is about a woman who was in prison then she moved to a facility. Then once the full moon starts to emerge she notices she's turning into a strange creature. Tiberius and her escape and basically they journey to meet with his clan to warn them.

The second one is Unmatched Grace is about two creatures who are suppose to be at odds with each other. However, Silas (Lycan) is to protect Grace (Manumitter). Grace feels some connection to Silas, but is afraid to trust him cause of what she was taught. So, basically they are to learn to trust one another and survive the night.

They were both quick short reads. Each of them had something to do with change with moon. Each one had a little romance with them trying to survive the danger that was present in each story.

In The Cold and Lovely Moon, you have Tiberius who is a bit of a jerk and the heroine calls him on it. The only thing is you don't learn the females name towards the name. Throughout the story I was wondering what her name was. I guess it really important, because it was from her prospective and her trying to decide if she wants to stay with Tiberius after everything. Overall, it was it was cute story even if the hero was alpha-hole.

In Unmatched Grace, we have a story about a Lycan protecting his woman even thought it would go against all he was taught. I actually really like this really short story. It showed Silas's protective side and willing to go against odds to save the woman he loves. Really like this one.

So, the plan was to finish this Halloween night. Obviously this didn't happen, but I manage to finish these cute stories. I did like one more than the other, but still good clean read. So, if you are looking for a paranormal read that is clean, you might want to check these short stories in A Little Moon Madness