The Magic Between Us by Tammy Falkner 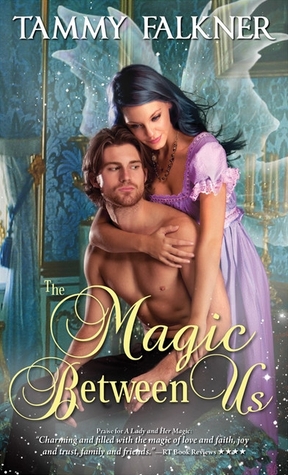 I finished The Magic Between Us by Tammy Falkner, which happens to be the third Faerie book. In The Magic Between Us, we focus our attention on Marcus Thorne. If you have read the previous books you would remember Marcus as the older brother of Sophia and Claire.

Anyway, Marcus is trying figure out what to do. Now that his parents remember him and his sisters, he feels like he needs to choose which land he wants to live in. The choice to live among the faeries or to be the heir in his parents land. He believes he needs to live among the humans, so decides to leave everything has known behind even the girl he loves. Yes, I know bonehead move. Cecelia Hewitt is heart broken with Marcus decision, but that's not the only problem she's facing after Marcus left.

All right, I completely understand why Marcus felt like he needed to make a rash decision on where he should reside. Plus, it all stems from the unpardonable rules mention in the first book. However, he felt miserable without Cecelia. Now he's going to try to win Cecelia back no matter. Cecelia has felt empty ever since Marcus left, but she's afraid to trust him with her heart again. Looks like an uphill battle for Marcus.

Overall, I enjoyed the story. I love Marcus's inner conflict. He wants to stay in faerie world, but feels needs to be loyal to his parents that he just found. However, I'm glad he found balance in his life and Cecelia was the key to the balance. I like how the problem with Lord Mayden was solved. Now reading all the books it's possible to read them out of order, but I wouldn't advise it. Mostly because of Lord Mayden's villainous acts in the previous book kind of build to the ending of this book. So, if you looking for stories about faeries set in regency era, you might give The Magic Between Us a try. Maybe the other books too.

Copy provided by Sourcebooks via NetGalley