Cover Reveal: Be Mine by Marquita Valentine

We are very excited to share the cover for Be Mine, by Marquita Valentine! 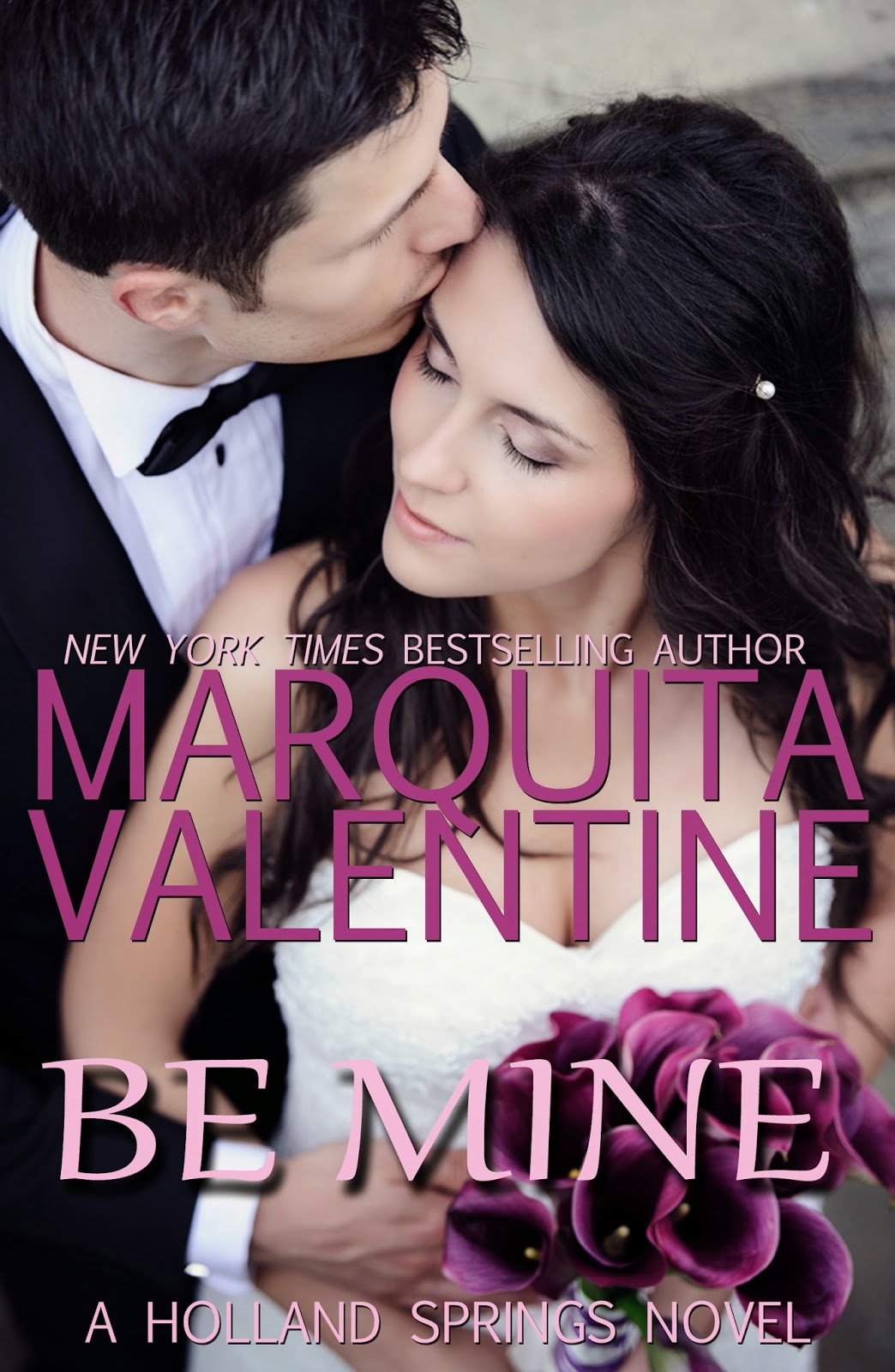 Scottish Duke, Liam Stewart, needs a wife and an heir before he can inherit the money he so desperately needs to support his family, his staff, and restore his ducal estates to their former glory. Only ever since his ex-fiancee ran off with the gardener, Liam doesn't believe in marriage, or miracles, for that matter… until that is, Isabella Edwards appears at his Edinburgh town home with the answers to his problems.

Local preacher's daughter and former missionary, Isabella Edwards had the perfect life all planned out. Marry her perfect fiancé, live near her family in Holland Springs, open a bookstore, and have a couple of kids. Except… her fiancé ran off to Las Vegas with his widowed ex-stepmother, the bookstore closed before it could open, and now… now, she's pregnant after a one-weekend stand with hot Scot, Liam Stewart.

To Isabella's utter shock, Liam proposes, but a marriage can't last on desire alone. The problem? Isabella and Liam are totally opposites. In fact, the only time they're in agreement is in the bedroom. Desperate to keep her reputation, she accepts.

Now her only hope is that they can put aside their differences and let love bring them together.

Be sure to add Be Mine to your to-read list.

Bella Edwards gave her brother a hug, and then took her carry-on from him.
“Are you sure this is what you want to do?” Gabriel asked, handing her a bottle of water. “Wouldn’t a phone call be just as good?”
“Oh, Gabe,” she sighed.  “Don’t be a worry wart.” Though inside, she felt like a wart toad full of worry. “It’s not like I’m going to a place where I don’t know anyone. Daisy’s there, and I miss her.”
Gabriel’s gaze dropped to her stomach. “What about—?”
“If I’m old enough to engage in risky behavior, then I’m old enough to take the consequences like a woman,” she said cheerfully. Would he go already? As much as she loved her brother, she was ready to strangle him, and she was ready to stop being so dang cheerful all the time.
“You have to move your truck, sir,” a security officer said.
The roar of a plane engine made her wince. “You heard the officer. Now skedaddle. Your wife is waiting for you at home.”
He grinned at the mention of his wife. Gosh, she was so happy for him and Summer. After years of suffering and misunderstandings, they’d finally had it right and gotten married. Now, only two months later, he was still giddy over his wife.
One day, she wanted a man to be giddy over her. But for now, she had to tell a man about a baby.
“It is nine o’clock,” Gabriel mused. “By the time I get home, she’ll be waiting in be—”
“Got it.” She gave her brother a playful push. “Love you. See you. Bye.”
Waving once, he got in his truck and drove away. She rolled her carry-on inside the airport and headed to security.
Her stomach, not her best friend these days, roiled even more than usual.
She could do this.
“We’re now boarding Flight 458 to Edinburgh."
“Oh God,” she croaked. “I can’t do this.” She took a deep breath. “You can do this.”
With one last look at the terminal, she squared her shoulders and marched straight for the ticket counter.
A billion hours, one layover, and a taxicab later, Bella stood at the entrance of a very fashionable townhouse.
Hand shaking, she knocked on the front door. A minute later, the door swung open and a man appeared.
“May I help you?”
“I’m here to see Liam Stewart.”
“His Grace is in his study and is expecting you. Right this way.”
She guessed it was a good thing she held on to his number. A text might have been a bit impersonal, but it was the only way she could track him down.
The butler stopped at a set of massive oak doors and lightly scratched on them before opening it.
She walked inside.
Liam stood at the fireplace, one hand braced on the mantle and the other nursing a drink. His hair was the same, black as night and cut close to his head. He wore a button-down shirt with cuff links at the end, and tailored trousers that did things for his butt that should have been illegal.
“Hi, Liam,” she said as the door shut behind her.
He turned, his black eyes roaming her body. His sexy mouth kicked up at one corner. “Bella, what brings you here? Your text was a bit vague.”
“You.”
Pushing away from the fireplace, he crossed the small distance between them, tipped up her chin with one hand, and kissed her. He tasted good, so good that she wondered if he used a special mouthwash formulated to make women want to eat him up.
“Stop,” she gasped.
He pulled away, his dark eyes amused. “I thought you were here for me.”
“No. I mean, I am.”
His amused gaze gave way to confusion. “Sorry?”
“There’s just no other way to say this, Liam, but I’m pregnant,” Bella said in a rush. “I had to tell you in person because over the phone was too impersonal, and there was no way I’d tell you over email or text. So here I am. Pregnant.”
“With your baby,” she added, just in case he had doubts.
His drink hit the wooden floor with a thunk, and then he laughed. “You’re joking.”
“No.”
He only laughed harder. “This is too much. Oh God. Seriously, did Bastian put you up to this?”
At least he wasn’t angry or saying it wasn’t his. He just didn’t believe she was pregnant at all.
She grabbed his hand and placed it against her stomach, where it had just started to round and firm up a bit.
“Does this feel like I’m joking?” she said.
His laughter died away, and his face turned serious. “It feels like you’re the answer to my prayers.”
She was? Wait a minute. “But you don’t pray.”
He glanced down at his hand. “Perhaps I should start.”