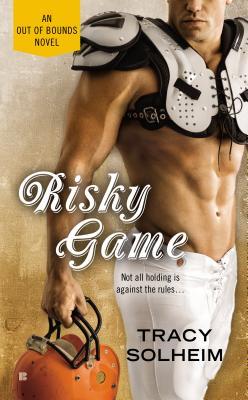 In the next sizzling sports romance from the author of Foolish Games, Brody is at the top of his game… until Shannon changes the rules.
Baltimore Blaze tight end Brody Janik is a natural-born football star. At twenty-seven, his record-breaking athletic performance and his cover-boy good looks have turned him into a household name. But Brody’s hiding a major secret behind his charming public persona: a health condition that may cut his career short.PhD candidate Shannon “Shay” Everett works multiple jobs to put herself through school—including an unpaid internship with the Blaze training department. Strapped for cash, Shay answers the call of an NFL gossip blogger to uncover personal details about the Blaze players. Sneaking into the locker room one night, she gets entangled in Brody’s secret…and swept up by his charm.Brody isn’t sure what to make of the gawky girl with the whiskey eyes, especially when he discovers she was snooping. His first instinct is to turn her in as a snitch, but she could destroy him by sharing his secret. Instead, he decides to keep her close…perhaps closer than either of them originally intended…
PreOrder Links:
Amazon ~ Barnes & Noble

Why?
First, football player, hello. Yes, he just looks so yummy. I mean those abs and those arms. I bet he could lift more than just a ball. Really I don't have to explain anymore cause he's just hot and yummy and totally drool worthy. Also, I excited about this book. So, what are you lusting after, a hottie football player or something else?