Forever Romance Blog Tour + Excerpt + Review + Giveaway: When You Are Mine by Kennedy Ryan

About WHEN YOU ARE MINE 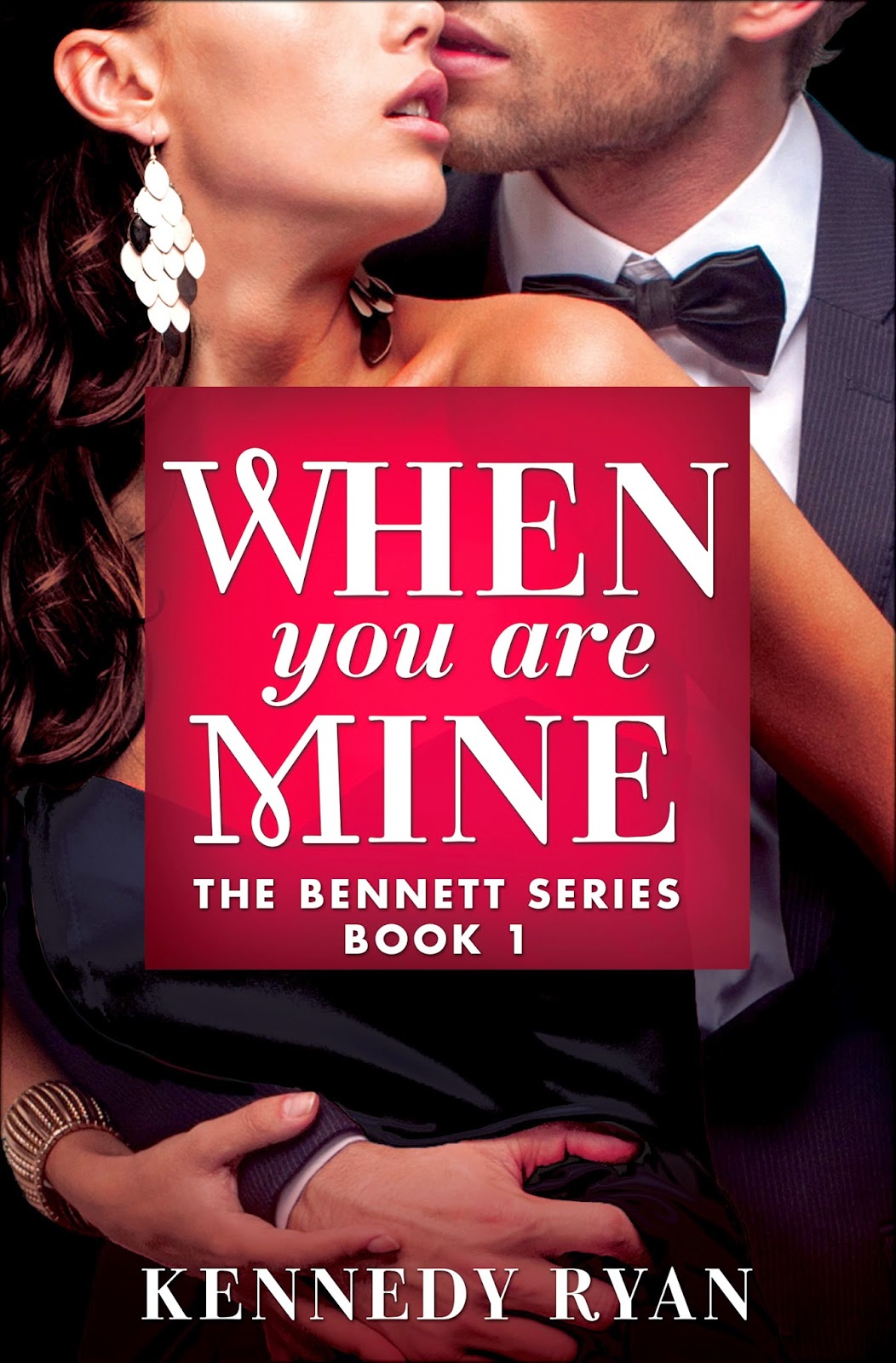 Kerris Moreton knows how to make things work. Bounced from foster home to foster home as a kid, she adapted; when opportunity arose, she thrived. Now, about to open her own business and accept a marriage proposal, Kerris is ready to build the life she's always wanted. The only thing missing? A passionate connection with her would-be fiancé, Cam. Kerris wants to believe that sparks are overrated-until Walsh Bennett lights her up like the Fourth of July.

As one of the East Coast's most eligible bachelors, Walsh enjoys financial independence, fulfilling work with his family's nonprofit, and plenty of female attention. But lately he's been distracted by the one woman he can't have. Lovely to look at and even sweeter to know, Kerris is the soul mate Walsh never thought he would find. The problem is, his best friend found her first . . .

When I started reading When You Are Mine, I was worry. Yes, worry. By the end I still have my concerns on the direction the series is going. However, the story is marvelously written, but it's not a light read. You have two best friends who are like brothers vying for the same girl, and the girl makes an impulsive decision which causes havoc. Walsh Bennett pretty much grew up with a silver spoon in his mouth, and pretty much gets everything he wants. When it comes to Kerris his best friend lays claim to her.

Yes, I liked the story. I thought it was a fairly fast pace read and I was kind of shock to find myself not wanting to put it down. Seriously, I'm not a big fan of love triangles. Honestly, I end up with knots in my stomach. However, I must say that I really liked Walsh and his character. I actually love how he tried to get Kerris to see that she was all wrong for Cam. However, Kerris is a bit stubborn and maybe a bit impulsive. I say this, because she overhears something and she makes a rash decision which is probably cause heartache in the long run. Cam I liked him at first, but towards the end of the book I'm kind of leery about him.

Here's the bottom line: By the end of the story there is no quick resolution. Actually, the ending left me a little sadden, because there's no clear happy ending, yet. The ending leads it open for the story to continue. Would I have like a clear resolution? Absolutely. I still like Walsh. I have mix feelings about Kerris and I'm not really sure I like her at the moment. I must say there is a bit of an emotional roller coaster with a few hearts on the line. So, if you don't mind a rocky road a head, you might want to checkout When You Are Mine. It is a beautifully written story about a woman torn between a kindred soul and a soulmate.

Kennedy Ryan grew up in North Carolina, but loves living in Atlanta with her husband (tall – check, dark – check – handsome – check), and her handful of a son. Though she knew, like writers often do, that she was supposed to tell stories, the road to fulfillment has been paved with “some of everything” jobs that kept her family eating and living indoors. With her degree in Journalism from the University of North Carolina at Chapel Hill (Go Tar Heels!), she has focused on writing for non-profit organizations and even doing some non-fiction ghost writing. Only in the last few years did she start telling stories again.

In addition to being a devoted wife and mom, she’s also a passionate advocate for families living with Autism. Her son was diagnosed at the age of two, and she has made it her mission to help as many families as possible find the resources and services they need. 25% of her royalties will go toward her national charitable partner Talk About Curing Autism and Myles-A-Part, her foundation serving Georgia families.

Excerpt from When You Are Mine:

“A guy like Walsh has the world in the palm of his hand. He needs a woman who knows what
to do with it. That’s Sofie. They aren’t people who can marry just anybody.”

Not just anybody, and certainly not a nobody. Remember that, little girl, Kerris told herself. He’s out of your league. He’s gorgeous. He’s been groomed to charm birds from trees. He flies all over the world, rescuing orphans just like you.
There were a million reasons why she had responded to Walsh Bennett the way she had. And a million reasons why she should avoid him. She would spend the whole summer making sure she didn’t forget that.

a Rafflecopter giveaway
Posted by Melody May at 3:49 AM