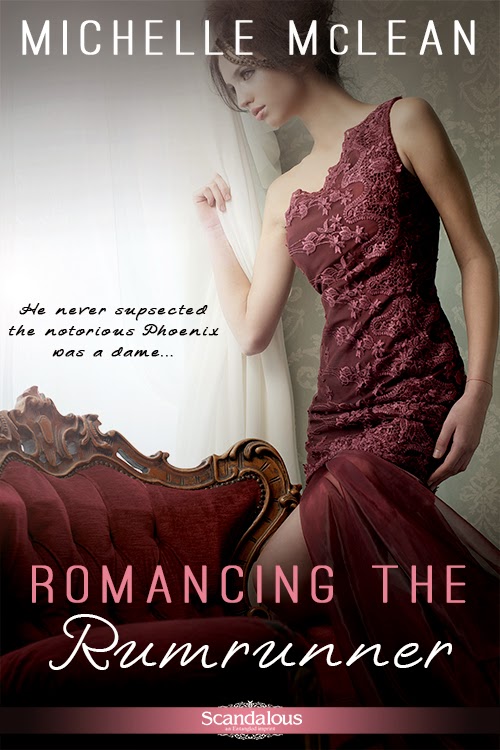 Since I didn't get a Guest Post you can checkout my thoughts on Romancing the Rumrunner (Link) and don't forget the giveaway.

Book Synopsis:
Prohibition Era Chicago
She’s worked too hard to be run out of town…
Jessica Harlan spends her nights as The Phoenix, the owner of the most popular speakeasy in town. Her days are spent running her respectable butcher shop and dodging prohibition agents and rival club owners who all want to put her out of business.
He’s worked too hard to let his heart get in the way…
When the opportunity arises to go undercover for the Feds to catch The Phoenix, Gumshoe Anthony Solomon jumps on it. But he never suspected the notorious rumrunner would be a dame—or that he’d be so drawn to the feisty little minx.
They play a dangerous game of cat and mouse, knowing they can't trust the other, but unable to walk away. While their hearts dodge the crossfire, the mobsters raise the stakes, and even the Phoenix may not rise again.

Author Bio:
Michelle McLean grew up in California and has lived everywhere from the deserts of Utah to the tropical beaches of Hawaii to the gorgeous forests of the east coast. The oldest of five children, she is generally an organized mess with crazy eclectic tastes. She has a B.S. in History, a M.A. in English, an insatiable love of books, and more weird quirks than she’d like to admit.