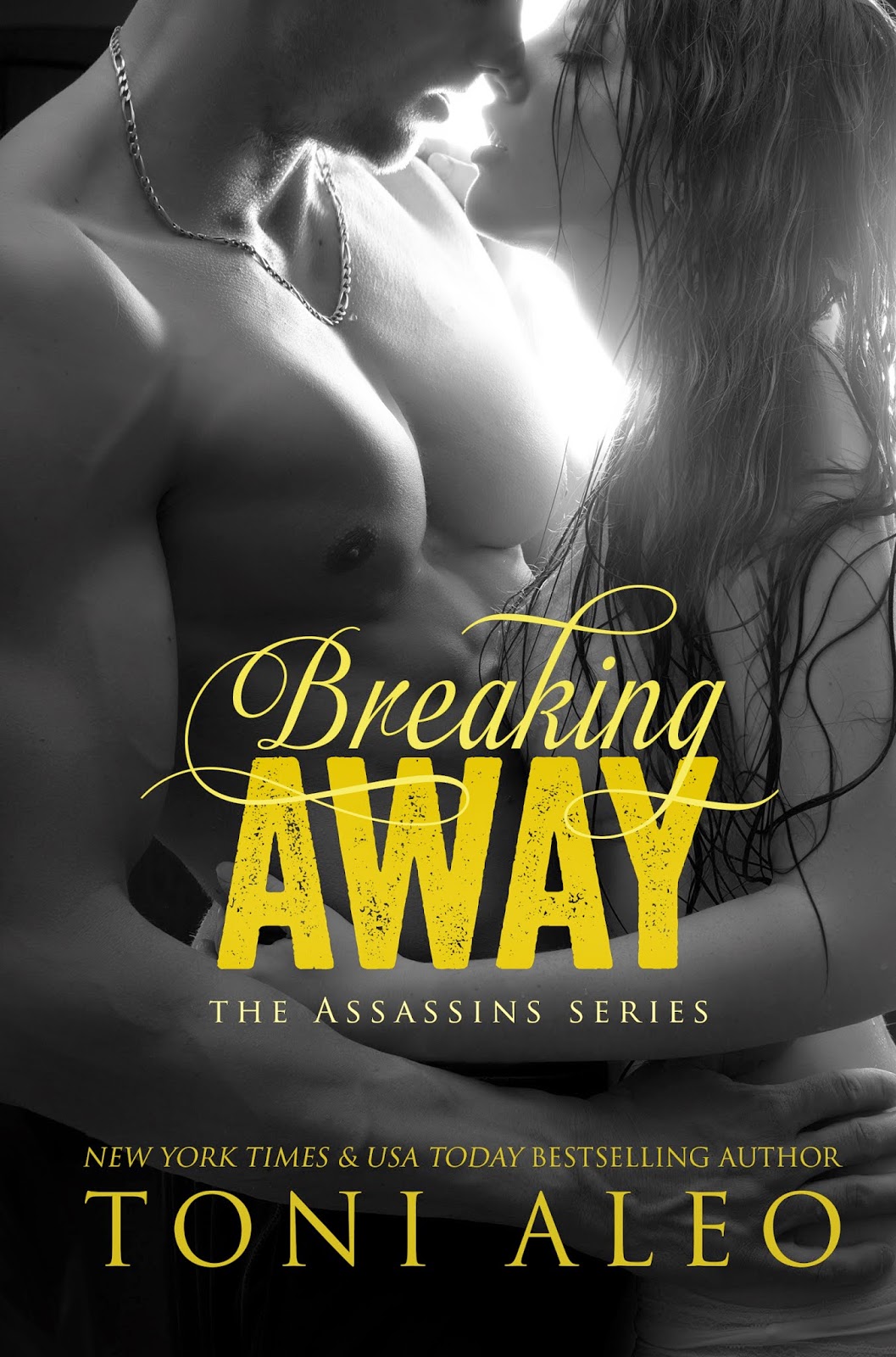 BREAKING AWAY is a story of loss, healing, and love… where unexpected turns and heartache lead to passion.

To Nashville Assassins’ leading scoring center Phillip Anderson, playing hockey has always been easy… as natural as breathing. His life is no different. That’s until his world is turned upside down by the death of his sister. While mourning his loss, Phillip has to find a way to make his very angry sixteen-year-old niece, Claire, happy. Now, as her guardian, he discovers the only thing that seems to heal her lonely heart is dance class. But what he didn’t count on was the attraction he’d feel towards her drop-dead sexy dance teacher.

For Reese Allen, dancing has always been part of her soul. After having her heart broken in New York, she comes home with the determination to make her dance studio one of the best in Tennessee and succeeds. When she sees Claire dance for the first time, she knows the girl is bound for greatness and takes the troubled teen under her wing. Using dance as therapy, she suddenly finds herself bound to the young woman… and her hot-as-sin uncle.

However, Phillip and Reese are happy in their single lives. It’s simple. They do what they want, who they want, and how they want, but from the moment they meet, the attraction is undeniable. Soon, they are more than willing to spend just one night tangled in the sheets. But, one night turns into two, and two turns into three, until they find themselves in a repeated dance of “One Last Time” that has the potential to be something more… if only Reese and Claire allow it.

Can Phillip find a way to thaw the hearts of both the women in his life, or will he be forever trying to break them away from their pasts?

That was her plan, and she was completely fine with it. She even planned to go out that night but, with one look at her sister, she knew her night of tangled sheets and orgasms weren’t in reach. Instead, a big tub of Ben and Jerry’s Funky Monkey with her sister was, and that was just as good.
With a caring smile, Reese said, “Hey, what’s up? I wasn’t expecting you.”
Harper smiled, putting her phone down before looking over at her.
“Yeah, sorry. I needed to talk to you. I’ve had a tough day.”
Reese tilted her head to the side before crossing the apartment and falling into the chair beside Harper.
“What happened?”
“I had three newborn shoots and, after each one, I cried until the next one came.”
Reese’s heart broke. After having Ally, Harper had a long string of miscarriages before the doctors finally said she would never carry another child to term. Jakob was extremely supportive, but even he knew that Harper couldn’t take anymore and pushed for the tubal. She finally caved and got her tubes tied a couple of months ago. It was for the best. Each miscarriage took a little piece of Harper with it, and Reese hated seeing her sister so heartbroken.
Reaching across the table, Reese took Harper’s hand in hers and smiled.
“It’s tough, I know, but you have Ally and Jakob, and now we have Dimitri,” she said, speaking of Piper’s son. Dimitri was almost three months now, and the cutest little boy in the world. He had Reese’s heart from the beginning, just like Ally did, and Reese never knew she could love two little people so much.
“I know,” she said, wiping her cheek free of the tears that were escaping, “But I want a baby so bad. Jakob said that it isn’t a big deal, but he doesn’t understand, Reese. I feel like I’m failing him. He wanted a houseful of kids after Ally, and I can’t give him that.”
“But Harper, he’d rather have you than anything else. He loves you, no matter what. You know that,” Reese stressed.

2 - Kindles (US ONLY)
- If international and win, you will automatically win a gift card in the amount of the kindle(s).
- The Complete series in paperback and signed. (US)
- The complete series in ebook format. (INT)
- 5 Swag Packs (US ONLY)

Toni Aleo is the author of the Nasvhille Assassins series: Taking Shots, Trying to Score, Empty Net, Falling for the Backup, and Blue Lines.
When not rooting for her beloved Nashville Predators, she’s probably going to her husband’s and son’s hockey games and her daughter’s dance competitions, taking pictures, scrapbooking, or reading the latest romance novel.
She lives in the Nashville area with her husband, two children, and a bulldog. Read more about Toni here.

Toni Aleo will be attending Chapter by Chapter Book Rave in NY on September 20th! Over a 100+ authors signing! Check it out!