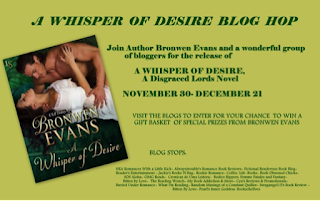 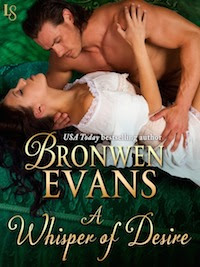 Lady Marisa Hawkestone’s nightmare is just beginning when she wakes up naked, with no memory of the night before, lying next to Maitland Spencer, the Duke of Lyttleton—a man so aloof and rational he’s nicknamed “the Cold Duke.” A scandal ensues, in which Marisa’s beloved beau deserts her. As a compromised woman, Marisa agrees to marry Maitland. But on her wedding night, Marisa discovers the one place the duke shows emotion: in the bedroom, where the man positively scorches the sheets.

Taught from a young age to take duty seriously, Maitland cannot understand his new wife’s demands on his love and affection. Marisa’s hot-blooded spirit, however, does have its attractions—especially at night. In retrospect, it seems quite silly that he didn’t marry sooner. But being one of the Libertine Scholars requires constant vigilance, even more so when the enemy with a grudge against his closest friends targets Marisa. Now Maitland must save the woman who sets his heart aflame—or die trying.

My Thoughts:
Warning! By the end of A Whisper of Desire, you will be an emotional wreck. It would be easier to send your heart and gut to Bron. I wasn't expecting what happen to Marisa and Maitland. Yes, they do get a happy ending, but it came in like a wrecking ball. Thank you Miley Cyrus for that song title it has come in handy. However, Christina Perri's A Thousand Years would be an ideal song to sum up ending of A Whisper of Desire. So, you have been warned about the ending.

Basically, the guys are still looking for the mysterious evil woman that is taken her vengeance on the them. She has escalated her madness by basically causing Marisa to be compromised by Maitland. I wish I knew how she did that, other than the drug. She had to have an accomplice. Anyway, Marisa had to give up her dream of being with Lord Rutherford. He wasn't that great of a catch. So, she decides to take a chance on "the Cold Duke". However, she had ideals of having a great love match and her dreams are smashed to pieces. Actually a lot of her dreams get taken away in the story. However, Marisa and Maitland need to learn to be with one another. Of course, Maitland comes with his own set of problems and trying to not to be like daddy dearest. Dear old dad was a horrible person (that's being kind). I actually thought Maitland had Asperger because of a few things about him. I just know there is something about him. I did like him even though he tried to shut himself off emotionally from Marisa. Good thing he has good friends.

Overall, I did like A Whisper of Desire. Yes, towards the end it got rough and heart wrenching on what happen to Marisa. I want to talk about it so bad, but I'm going to show restraint. It seems like the mysterious lady is getting bolder in her actions. Pretty good story and it might be wise to read in order.

Copy provided by Loveswept via NetGalley

Excerpt form A Whisper of Desire:
She spun round and made to reach for the quilt lying at the end of the bed when a voice yelled, “Christ, Marisa, what on earth are you doing in my room?” She watched in disbelief as Maitland Spencer, Duke of Lyttleton, sat up, swiped a hand over his eyes, and muttered, “What a beautiful sight. I must be dreaming.”

Marisa grabbed for the quilt to cover her nakedness. While His Grace fell back among the pillows, holding his head and murmurring, she took a moment to look round the room. It certainly wasn’t her bedchamber. How had she got here?

When she gazed back at Maitland her mouth dried and her face heated. The sheet had slid down his body and exposed his muscled chest, and her eyes followed the trail of hair down to where it disappeared under the sheet lying below his hipbones. Looking at the cut of muscle above his groin, emphasizing his hips, was like looking at perfection. She didn’t think she’d ever seen anything so beautifully masculine. Her eyes roamed back up over his torso to meet eyes flared with passion and a quirked eyebrow.

“Do you like what you see?” he asked with a gravelly, “I’ve just woken up with a bad head” kind of voice. When she remained speechless, he added, “You know, after our tête-à-tête in the alcove this evening, I thought I’d made it clear I was attracted to you. There was no need to drug me in order to have your wicked way with me.”

“Drug you,” she spluttered. That was what the unusual taste in her mouth was. She’d been drugged. “I certainly didn’t drug you.” A terrible thought entered her head. “Did you do this to try and compromise me?”

He laced his hands behind his head, leaving the sheet low on his hips, understanding perfectly well what the sight of his nakedness was doing to her.

“I was joking, little one. We have obviously both been drugged and placed in this room. I suspect that the door’s locked.” He didn’t look any happier than she did at their predicament. He’d closed his eyes and the frown deepened on his brow. She stood silently watching him, hoping he’d come up with some miraculous solution to this dreadful situation. 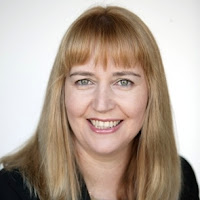 USA Today bestselling author, Bronwen Evans grew up loving books. She writes both historical and contemporary sexy romances for the modern woman who likes intelligent, spirited heroines, and compassionate alpha heroes. Evans is a three-time winner of the RomCon Readers’ Crown and has been nominated for an RT Reviewers’ Choice Award. She lives in Hawkes Bay, New Zealand with her dogs Brandy and Duke. 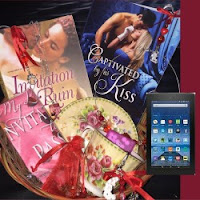 a Rafflecopter giveaway
Posted by Melody May at 8:02 AM