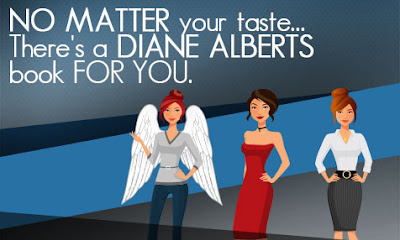 Whether you like your romances professional, paranormal, or panty-melting we’ve got a Diane Alberts book that’s just right for you. Take the following quiz to find out which one you should read first!

The perfect date night wouldn’t be complete without:
a) wine and candlelight
b) dancing and lots of eye contact
c) foreplay, lots and lots of foreplay

Your usual bookmark is:
a) a bookstore receipt
b) did you mean quitter strip..?
c) swag from an author

If you were going out on a girl’s night your ideal outfit would have:
a) a skirt, heels, and your signature perfume
b) your favorite pair of jeans and a leather jacket
c) lots of cleavage and knee-high boots

When it comes to book boyfriends give you:
a) billionaire playboys who can show you a good time
b) protective alphas who know how to treat you right
c) bikers, soldiers, rock stars, you want them all! 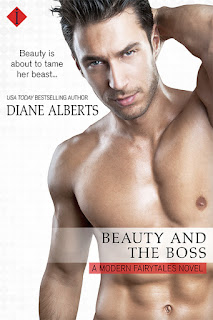 If you picked mostly A‘s you got Indulgence Diane Alberts. You're elegant, polished, and you can probably handle any situation with poise. You like your heroes suited, powerful, and with an edge to them. Seeing the heroine swept off her feet into a world of luxury has you ready to trade places with her. We think you'll love BEAUTY AND THE BOSS.

Researcher Maggie Donovan has no luck with men, and it doesn't help that she can't keep her eyes off of her sexy boss – the one everyone else in the office calls The Beast. Relationships in the office are forbidden. So no one is more surprised than Maggie when she pretends to be his fiancée to save him during a difficult situation. Not only has she put her job on the line, but the future of the company.

Billionaire Benjamin Gale III doesn’t believe in love or romance, but the look on his mother’s face when Maggie tells her that she’s his fiancée is worth millions. Instead of firing her for her insubordination, he goes along with the ruse. In his arms–and in his bed–she’d be everything he could ever want…which is why he can’t have her.
But if he doesn’t let her go, they’ll lose everything… 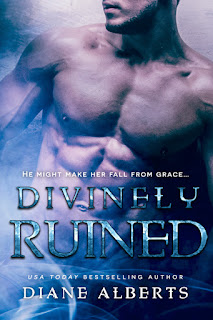 If you picked mostly B‘s you got Otherworld Diane Alberts. You're adventurous, witty, and you aren't afraid of a good challenge. You like your heroes growly, brooding, and Alpha with a capital 'A'. Diving into the world of the paranormal is your ultimate escape. We think you'll love DIVINELY RUINED.

Rebecca’s life sucked before she became an angel. Crappy apartment, awful jobs, abusive boyfriends–it was no wonder she jumped at the chance to escape it all and become a real live angel. The problem is Rebecca’s not very angelic, and she’ll have to do more to earn her wings than end her love affair with the word f–er, frick.

Especially when she’s assigned to save single father Tony Weis, whose less-than-pure thoughts wreak hell on a telepathic angel’s nerves. It’s all Rebecca can do to keep her hands off him…but when she loses her memory injuring herself to save Tony’s daughter, now it’s Tony’s turn to be her angel and care for her. But will Tony’s devotion tempt her from her angelic path, even if it means being human again? 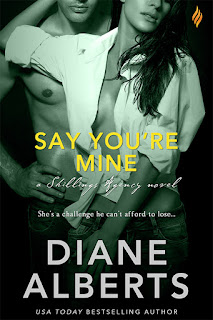 If you picked mostly C‘s you got Brazen Diane Alberts. You might be the girl-next-door but there's more to you than meets the eye. You like your heroes ready and willing to please any time, any place. Slipping between the pages of a good read is almost as good as slipping between the sheets for you. We think you'll love SAY YOU'RE MINE.

Find your copy of SAY YOU'RE MINE:
Amazon | B&N | iTunes | Kobo | Entangled | Goodreads

If you picked a mix of A's, B's, and/or C's you're someone who enjoys variety both in their lives and in their books. You're known for your great taste and your friends probably come to you for advice on which books to buy. When it comes to book boyfriends you know that one is never enough. We think you'll enjoy everything Diane has to offer so visit her Entangled Publishing page to find all of her great books! 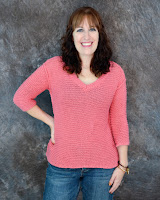 Diane Alberts is a USA TODAY bestselling Contemporary Romance author with Entangled Publishing. Under the name Jen McLaughlin, she also writes New York Times, USA TODAY, andWall Street Journal bestselling books with Penguin Random House. She was mentioned inForbes alongside E. L. James as one of the breakout independent authors to dominate the bestselling lists. Diane is represented by Louise Fury at The Bent Agency.
Diane has always been a dreamer with a vivid imagination, but it wasn’t until 2011 that she put her pen where her brain was, and became a published author. Since receiving her first contract offer, she has yet to stop writing. Though she lives in the mountains, she really wishes she was surrounded by a hot, sunny beach with crystal clear water. She lives in Northeast Pennsylvania with her four kids, a husband, a schnauzer mutt, and four cats. Her goal is to write so many fantastic stories that even a non-romance reader will know her name.
Connect with Diane Alberts
Website | Twitter | Facebook | Tumblr | Pinterest

We're giving away an etsy giftcard so you can treat yourself to something as unique as you are no matter your taste!