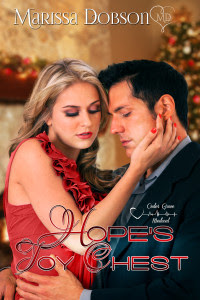 At thirty-one, Kingsley Mathews has been named the head of the pediatric oncology department at one of the best children’s hospitals in the country—Cedar Grove Children’s Hospital. His life is dedicated to his patients—until one Christmas when he learns there’s more than his work.

Chelsea Waters lost her daughter two years ago on Christmas Day to a rare form of childhood cancer. Her career was over, then her marriage. Now all she has left is Hope’s Toy Chest. The toy drive she started in the memory of her daughter has become her everything.

When she ends up flat on her back in a pile of snow, she begins to wonder if there’s room in her heart for anything more. Could the doctor who worked so feverishly to save her daughter bring the meaning of Christmas back into her heart? 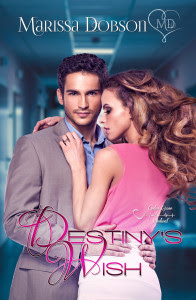 Single mother Nora Horton has the weight of the world on her shoulders. After her husband died while serving his country, she was left alone to raise their beautiful daughter, Destiny. She was able to pick up the pieces and move on for her daughter, but when Destiny’s cancer returns, Nora isn’t sure she can handle it any longer. She’s not certain she can be strong for her daughter while she’s falling apart inside.

Doctor Brian West is a pediatric cardiologist at Cedar Grove Children’s Hospital and has seen many sick children during his years there. He’s always been able to do his job without letting it get to him because he knows that if he’s distracted for even a minute, someone could die because of him. When he stumbles upon Nora, the recognition is instant and he can’t distance himself from her or her sick little girl, especially not when the little girl tells him her wish.

A sick child’s dying wish isn’t meant for her mother’s ears this time…because she wants her mother to have someone to love. 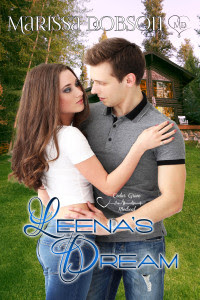 Country singer Leena is doing a charity concert to raise money for the Cedar Grove Children’s Hospital and to honor her sister, who died of cancer when they were children. Deeply involved in her career, she’s starting to realize there’s more to life than signings, concerts, and studio recordings. She’s just not sure if she can give up her music career to get what she truly wants. Is finding a compromise asking for too much?

After a long day in the law office, there’s only one thing Turner Hightower looks forward to, and that’s going to visit the children in the hospital. He’s devoted to Hope’s Toy Chest and the patients who don’t have anyone else. Years ago it was him in one of those hospital beds, alone and afraid, with no one to visit him. He’s determined no one else should have to go through what he went through alone. While he can’t take the pain away, he’s doing his part to help ease their fears.

Two people, both missing something in their lives, are drawn together. Can they put their prejudices and attitudes aside to help the children, families, and staff at Cedar Grove Children’s Hospital?

About the Author
Born and raised in the Pittsburgh, Pennsylvania area, Marissa Dobson now resides about an hour from Washington, D.C. She’s a lady who likes to keep busy, and is always busy doing something. With two different college degrees, she believes you are never done learning.

Being the first daughter to an avid reader, this gave her the advantage of learning to read at a young age. Since learning to read she has always had her nose in a book. It wasn’t until she was a teenager that she started writing down the stories she came up with.

Marissa is blessed with a wonderful supportive husband, Thomas. He’s her other half and allows her to stay home and pursue her writing. He puts up with all her quirks and listens to her brainstorm in the middle of the night.

Her writing buddy Cameron (a cocker spaniel) is always around to listen to her bounce ideas off him. He might not be able to answer, but he's helpful in his own way.