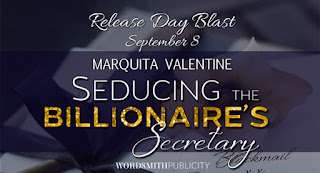 The Billionaire's are back! We're celebrating the release of SEDUCING THE BILLIONAIRE'S SECRETARY by Marquita Valentine! Order your copy for $.99! 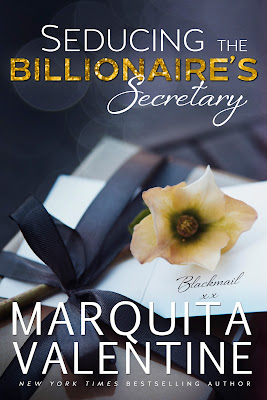 Ella Simpson loves her job at Montgomery Industry. She also loves her boss. Well... make that loved, because the man of her dreams—and one-sided email conversations—is getting married. Worse, she's been asked to serve as a bridesmaid at his destination wedding. Worse still, the best man is Blake York, her boss's partner and the man who read every single one of her humiliating emails and has been tormenting her ever since.

For three years, British Billionaire, Blake York has been secretly longing for his partner's sassy little personal assistant. She's beautiful, witty, and has a bubbly smile for everyone...except him. Ever since he discovered her little secret, she's given him the cold shoulder.

But, now that her secret crush is getting married, Blake seizes the opportunity to make her his… And he's not above a bit of old fashion blackmail to do it. 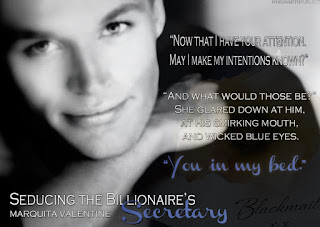 Andrew Montgomery has everything money can afford him, except time. His father is ready to give up the helm of Montgomery Industry-something Andrew has been groomed for since birth. Only, his father won't allow him to take control until he satisfies one demand. Andrew must marry and stay married for five years, or the company will be sold off for charity, one share at a time.

Resort hotel maid, Hannah Miller never dreamed that the boy she spent every summer with until she was seventeen would grow up to become ruthless billionaire Andrew Montgomery. Or that he would call in the silly IOU she'd given him for saving her from a dangerous riptide when she was thirteen years old.

But, nothing can prepare Hannah for what Drew demands as repayment. The sexy man not only intends to marry her, but to share their marriage bed as well. In every sense of the word.

New York Times and USA Today bestselling author, Marquita Valentine, writes sexy heroes that make you swoon and sassy heroines that make you laugh. She’s the author of the bestselling contemporary romance series, Holland Springs, The Brides of Holland Springs, Seducing the Billionaire, The Request, Lawson Brothers, and the new adult romance series, Boys of the South and Take the Fall.