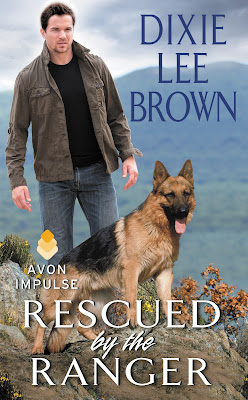 Protecting those in trouble is what Army Ranger Garrett Harding does best. But after helping a feisty redhead toss a couple of losers from her Idaho bar, the woman is anything but grateful for his assistance—in fact, she seems to know him. Worse, she almost certainly hates him.

The only thing Rachel Maguire wants is to send this smart-mouthed, muscled military man packing. She knows Garrett has his own reasons for staying, so when he offers Rachel a deal—two days to prove his worth or he leaves—she reluctantly agrees. Despite wanting to loathe him, Rachel finds herself drawn to his quiet confidence…and the way he fills out a t-shirt.

But when Rachel receives a phone call from the past, everything changes. The stalker who destroyed her life ten years ago is closing in once more. Refusing to put anyone else in harm's way, Rachel hits the road hoping to lure danger away from those she loves. But Garrett won't leave this sexy spitfire to face her stalker alone. He'll do anything to protect her. Even if it means risking his life—and his heart.

Excerpt from Rescued by the Ranger:


A wave of anger hit Garrett hard as he watched the red-haired woman school her expression into patient nonchalance, yet she couldn’t hide the fury that burned in those green eyes. Garrett, taking his cue from her, forced a smile and shifted his weight to one of the barstools. “Huh! They just left the place unlocked?” He stared directly at the kid. “Seems reckless. Any slimy piece of riffraff could wander in and sit himself down.” A faint smile crossed quickly over Rachel’s face, but apparently the idiot beside her was too stupid to take offense. Garrett would have to try harder.
The kid leaned back in his chair, and a black scowl twisted his features. “I won’t be tellin’ ya again to clear out. A fella stickin’ his nose in around these parts is askin’ for a beatin’ . . . or worse.”
Garrett’s gaze shifted to Rachel as she slowly lifted her eyes to his. She studied him curiously for a second before the slimeball squeezed her hand cruelly and she bit her lip, muffling a small sound. The tautness of her body and the determined set of her jaw telegraphed her intention ahead of her movement, and Garrett started toward them seconds before she jumped to her feet, sending her chair flying backward. Rachel fisted her right hand and flung a haymaker at the punk’s nose. Obviously quicker than he looked, the kid saw it coming and easily caught her wrist, yanking her arm behind her back. With one foot, he pulled the closest chair into position and forced her to sit, then turned to face Garrett with a make-my-day smirk on his face. Clearly enjoying himself now, he twisted Rachel’s arm higher, bending her over the table, and a cry escaped her this time. “As I was sayin’, it’s time for you to go.”
Garrett held his ground. The woman’s eyes still flashed with fire, but fear seemed noticeably absent, if the instinct to knock the kid on his ass was any indication. Maybe they were a couple and this was their idea of Saturday-afternoon foreplay. Damn. He hated getting involved in family matters, but he’d never been able to abide violence against women.
A deep breath later, he’d committed himself to what was likely to follow. “Thanks for the warning, but I think I’ll hang around for a while. Unless you want to let this pretty little bartender here sell me a drink.”
The guy took a step toward the edge of the table, still grasping Rachel’s wrist. “Hey! You hard of hearin’ or somethin’? You’ve got two seconds to git back on the road or I’m gonna kick your ass.”
Garrett laughed, then let his forced humor fade as he squared his stance. “You can try if you want.”
The guy roared like a wounded rhinoceros, released the woman’s wrist, and lurched around the table toward Garrett. Rachel didn’t waste a second. She darted away from the table, vaulted over the top of the bar, and dropped out of sight on the other side.
Garrett braced for the lunatic’s clumsy attack, but with three strides still separating them, he heard the distinctive sound of a Winchester lever-action rifle. The charging bull in front of him obviously recognized the sound as well.
He skidded to a stop and threw his hands in the air. “Now, Rachel, baby. You don’t wanna do that.”
“I sure as hell do, you sorry excuse for a single-celled amoeba. I told you if you ever laid a hand on me, I’d kill you, and I meant it.” Rachel’s voice was silky smooth and hard-edged. 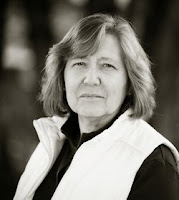 DIXIE LEE BROWN lives and writes in Central Oregon, inspired by what she believes is the most gorgeous scenery anywhere. She resides with two dogs and a cat, who make sure she never takes herself too seriously. When she’s not writing, she enjoys reading, movies, and trips to the beach.

Rafflecopter Giveaway
(Ten (10) digital downloads of RESCUED BY THE RANGER)