Okay, next Friday will be One More Haunted Evening Release Party. Super exciting! Anyway, there will be a plethora of authors participating in this release. Seriously, 23 authors. That's a lot of authors and opportunities to win a prize. So, come check it out at https://www.facebook.com/events/148438152156635/. 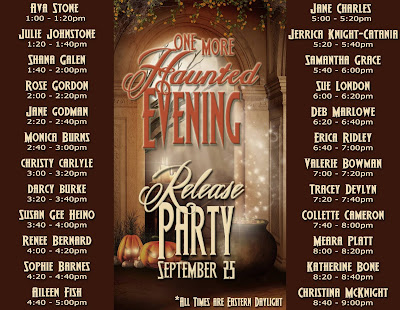 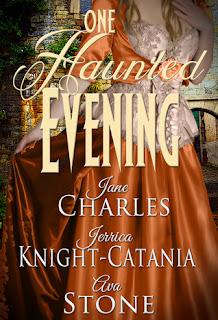 After inheriting a reputedly haunted medieval castle, the Marquess of Bradenham heads to Ravenglass with his friends to inspect the place and host a Samhain masquerade party. He gets a most welcome surprise when he meets a lovely girl in the castle’s gardens and the rest of his life suddenly has a purpose.

Callie Eilbeck has always avoided Marisdun Castle, there’s something about the place that has terrified her from even her youngest days. But after a chance encounter with the castle’s new owner and falling rather fast for handsome marquess, Callie vanishes without a trace just like the castle’s former mistress. Is one of Bradenham’s friends responsible for her disappearance? Or has the castle claimed another victim? And can the marquess find her before it’s too late and she’s lost forever?

Daphne Alcott is rather content with her simple life in Cumberland, making rum butter for her neighbors and assisting her brother, the town doctor, whenever he might need her. But as the cold winds of autumn blow, they bring with them a caravan of handsome gentlemen from London who turn their little town on its ear.

Alastair Darrington, Viscount Wolverly, is happy to go along with his friends on this little adventure to the Lake District. He hasn't anything better to do, and a change of scenery is always welcome. What he doesn't expect, though, is the young woman, covered in sticky, brown rum butter, who makes him question everything he’s ever thought about love, country life, and ghosts.


Jane Charles - Her Muse, Her Magic

Brighid Glace is not a witch, no matter how many times Blake Chetwey has called her one. She's a healer and he should be quite grateful she is too. Without her abilities, he might not survive his holiday at haunted Marisdùn Castle when another bout of Malaria hits him. But should anything terrible ever befall Blake, Brighid would never forgive herself if she didn't do all she could to save him. Her heart would never survive otherwise.

After years of denying that Brighid’s mere presence affects him in ways he can't understand, Blake's future is now in her hands. She is lovely, and enchanting, and only a witch could make him feel such things. Is it his fevered state that has caused him to see her in a different light, or has he always known that there was something between them? But now that he sees her clearly, will he lose her to a friend?

2) You can checkout Prelude to a Haunted Evening

Basically, this is just a teaser on who is going to be at the party. You see the characters that will be in the stories and some of their hopes. It's just giving you a taste of what might happen. However, it's a free little teaser. 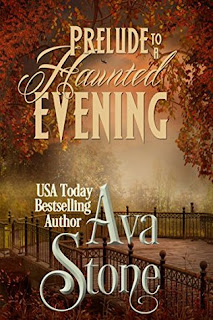 On the precipice of their journey to Ravenglass (found in One More Haunted Evening), Lord Quentin Post and his sisters prepare to visit Marisdùn Castle for the Samhain Masquerade of 1816. However, each sibling is focused on his/her own individual hopes and dreams for the trip ahead, and a couple of secrets are kept here and there. 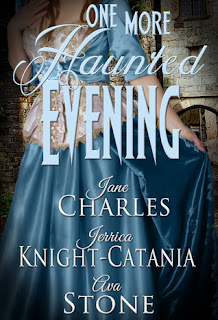 Three London gentlemen return to Marisdùn Castle this fall for another haunted Samhain masquerade. Lord Quentin Post is still in pursuit of his angel. Mr. David Thorn is searching for his artist. And Mr. Sidney Garrick is still on a quest for more than just a little fun.But when a powerful entity is accidentally released inside the castle walls, all bets are off and the lives of the three gentlemen in question will never be the same again.

Email ThisBlogThis!Share to TwitterShare to FacebookShare to Pinterest
Labels: Spotlight