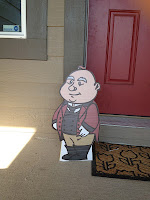 Many of you are probably wonder who is Ronald? So, let me introduce you to Ronald. Ronald is a garden gnome you can find in A Lady and Her Magic  by Tammy Falkner. This past week he graced us with his presence in Great Falls, Montana.

Let's just say he didn't find the place all that appealing. He came and basically told me, "this is it." I tried to explain that if he was around back in February or March I could have showed him around California. All he could do was go "hmm."

Well, he arrived right before Labor Day weekend. I told him we were planning to go to Idaho. He decline the invitation and said he rather stay in Montana for the weekend. I said, "okay." We were only gone for two days, and while we were gone he had company. I was not please with our house guest. 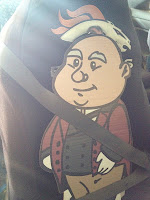 However, while he was here we ended getting some rain, and you really can't tour the area while it's wet. So, we waited till it pass. Then the weekend came and the family practically got sick and was incapacitated. That didn't help his mood.

Finally, we were able to show him around the area. I told him he had to buckle up. He looked at and asked why. I told him, "Safety first." Let me tell you there was a look of disgust on his face. 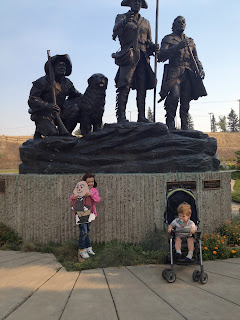 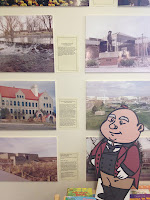 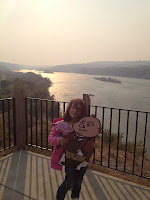 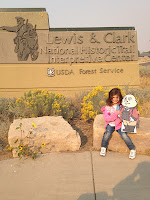 Our next stop had to be the Lewis & Clark Interpretive Center. Where he learned about how Lewis and Clark basically founded Great Falls. We even got a great picture of him and my daughter with the Missouri River in the background. I told him we had to make more stop. Let me just say he wasn't happy with that idea.

We headed to the base. We probably should have gone back to the house and tour the base the next day. However, I was excited to show him the reason why we were here.                  Let's just say he tried to fly away. Fortunately, I was able to catch him and we went home. 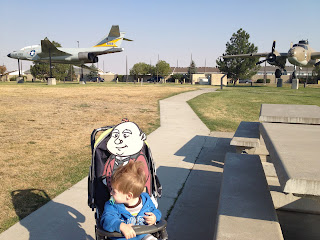 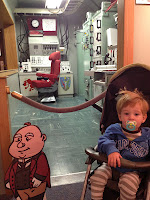 The following day, Ronald was getting burnt out with his stay here. I told him I would ship him off once we made our last stops. We headed back to the base with a little better outcome. We even got of a picture of airplanes in the background. We went to Maelstrom museum and he got to see parts of the missile stuff. I think he was impress, but never knows with a garden gnome. I think he really like the knick stuff the most. 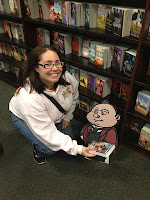 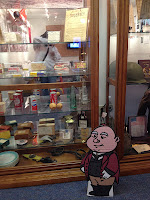 He made one finally request that we should visit a bookstore, so he see could he the cover that start launched him to stardom. I tried to warn him he wasn't on the cover, but just didn't believe me. We headed to Barnes and Noble to show him the cover. Shock at what he saw, he demand to move on to the next area. I told him sorry, but shook his head. I told Ronald happy travels.

So, Ronald left us in a huff. Here is a link to the cover that cause Ronald his disbelief:
http://sillymelody.blogspot.com/2012/08/earc-lady-and-her-magic-by-tammy-falkner.html

I hope you enjoy Ronald's adventure in Great Falls. I told him, he can always come with me if he wants to check California, I have to visit family sometime.