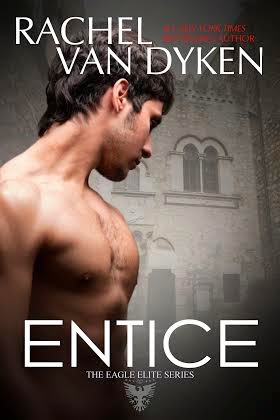 “As burns this saint, so burns my soul. I enter alive, and I will have to get out dead.”

Chase Winter let the love of his life slip through his fingers and into the hands of his best friend and mafia boss of the Abandanato family. Now that he's been given a second chance to right a wrong--he refuses to let his own selfishness stand in the way. The only problem? He's not fully in possession of his heart, so when Mil De Lange, the girl who's innocence he stole, and heir to the worst of the worst mafia families in the US, asks him for a favor. He actually says yes, not realizing that that one yes has the power to destroy them all.

Mil's been in love with Chase as long as she can remember, but as the years went by, the love turned to hate, and now that he's agreed to help her, she's wondering if she made a fatal error. Because Chase isn't a teenager anymore. He's a hot blooded male, bent on owning every part of her body and soul, and willing to kill anyone in his path who dares stand in the way.
It's time for secrets to finally be revealed...but make no mistake, it's going to take a lot of bloodshed for those truths to be discovered.

You've never read a New Adult Mafia story like this before...loyalties will be tested, lovers reunited, and friendships obliterated. Welcome to the Family. Blood in--No out.

First off, Entice is the third book in the Eagle Elite books. Sometimes you can get away with not reading the previous books, not the case. With each book them seem to build off one another. So, it's important to read the previous stories before starting with this book. I think that's pretty important.

At the end of Elect, Chase was suffering a broken heart, because he lost the love of his life Trace. So, Chase is down in the dumps when Mil approaches him with a proposition. What does he got to lose? So, we basically start off with the marriage of Chase and Mil.

Honestly, it's pretty crazy on how much drama is stuffed into Entice. I mean you get some answers to the things that needed to be answer, but by the end more question start to appear. Now I'm wondering wants going to happen in the saga, because this is certainly not the end. Truthfully, I wonder if it will end and I hope main characters make it when it does.

Yes, there is violence, but it's a mob story. I think that just goes with territory. Anyway. Truth be told, I wasn't a big fan of Chase by the end of Elect. A lot of it has to stem from the love triangle. However, he sure did prove himself in the story. One of his endearing qualities is loyalty. He's a guy that will protect you when you need protection. The way he was with Mil made realize he wasn't such a bad guy, just a little misguided at times. I absolutely loved Mil. I mean she was vulnerable at times and tough when she needed to be. I need to mention Mil brother Phoenix. For those who have been following the series, yes he's dead and was a scum bucket in the series. However, he loved his sister and would do anything to protect her. You get to see him in a new light, and I sometimes wish he could have lived so he could try to change. Though I don't think that would have worked. Sorry to get off, the subject.

Anyway, it seems with each Eagle Elite book it just seems to get more intense. Yes, more drama happens and I wonder if any of them are going to make it out alive. Seriously, I hope so. However, I did love Entice. I guess I would describe this as an action pack hold on to your seats kind of read, because it might get a little bumpy.

Rachel Van Dyken is the New York Times, Wall Street Journal, and USA Today Bestselling author of regency and contemporary romances. When she's not writing you can find her drinking coffee at Starbucks and plotting her next book while watching The Bachelor.
She keeps her home in Idaho with her Husband and their snoring Boxer, Sir Winston Churchill. She loves to hear from readers! You can follow her writing journey at www.rachelvandykenauthor.com