5 Things You Might be Surprised to Know about
Tamara Morgan

A blurry version of me sitting on a park bench can be seen on the street view of Google Maps. I’m famous!

I abstained from saying any and all swear words until the day I turned 18. I’m not sure how (or why) it got started, but my friends used to try and get me to accidentally let a bad word slip out. It never worked.

There’s a white streak in my hair (just like Rogue!) that I’ve had for as long as I can remember. Oddly enough, my husband has one too.

I started out writing historical romances, not contemporary ones (though you won’t find any published anywhere). I’m a sucker for traditional Regency romps and am constantly toying with the idea of going back to that genre.

I once accosted Gillian Anderson in the Seattle airport. It was at the height of her X-Files days and I was, to put it mildly, a rabid fangirl. It’s not my most proud moment.

And a bonus fact, because I did it just this morning…I can pick a perfectly ripe watermelon from the grocery store without touching a single one. I have x-ray watermelon vision! 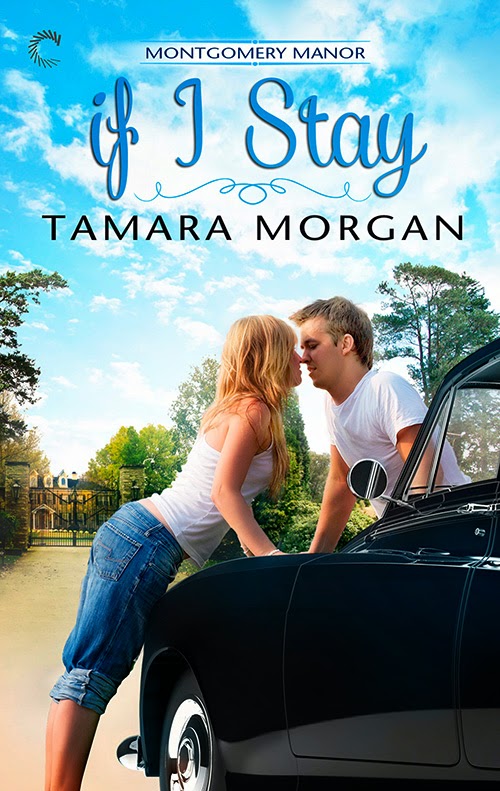 Ryan Lucas would rather be anywhere but Ransom Creek, Connecticut. After losing his high-adrenaline career as a Hollywood stunt driver, he's had to tuck his tail between his legs and take up employment as a chauffeur for the Montgomerys, a wealthy hotelier family.

Amy Sanders has returned home to Ransom Creek to take over her mother's former position as nanny to the Montgomerys—bringing her close to dashing Jake Montgomery once again. She grew up with a major crush on Jake, and it's not easy to leave those feelings behind, even though her friendship with the hard-edged family chauffeur, Ryan, has a sizzling undercurrent of undeniable attraction.

Amy's determined to prove to Ryan that life at Montgomery Manor isn't all bad, but each time they draw closer Jake swoops in. Amy is torn between two men—and two worlds. And Ryan is rapidly coming to learn that if he wants to make Amy his, he'll have to prove to her that life downstairs can be everything they both want. 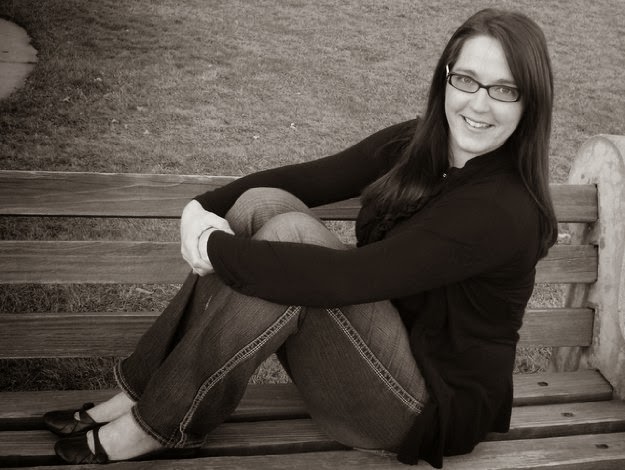 Tamara Morgan is a contemporary romance author of humorous, heartfelt stories with flawed heroes and heroines designed to get your hackles up and make your heart melt. Her long-lived affinity for romance novels survived a B.A. degree in English Literature, after which time she discovered it was much more fun to create stories than analyze the life out of them.

Whether building Victorian dollhouses, consuming mass quantities of coffee and wine, or crying over cheesy 1950s musicals, Tamara commits to her flaws like every good heroine should. She lives in the Inland Northwest with her husband, daughter, and variety of household pets and only occasionally complains about the weather.

Amy scooted out from underneath Ryan and got to shaky legs. Giving in to the indulgence of a backward glance to find him staring openmouthed at her, she lifted her shirt off and tossed it to the hallway floor.

“What are you doing?” he asked, his voice gruff.

She kept moving, an extra sway in her hips as she unbuttoned her shorts and shimmied them off her hips. “Leaving you a trail of bread crumbs in case you get lost along the way.”

She reached behind her and flicked open her serviceable white cotton bra. The only way to dress up that kind of bland plant material was to dangle it enticingly from one fingertip, which she did as she reached her door. It wasn’t locked—unless someone wanted to steal her ancient ten-pound laptop or her collection of Old World maps, there wasn’t much to take—so she pushed it open and slipped in.

One. Two. Three. Four. She flicked on the lights, assuming Ryan was right behind her. Five. Six. Seven. Was he seriously not going to follow her in here? Eight. Nine. Nine and a half.

She slipped out of her panties—more of the same boring white cotton, though at least they had bits of scalloped lace at the edges—and tossed them out the open door.

Nine and two-thirds. Nine and three-quarters. What the heck came after that?

“Goddammit.” Ryan stormed through the door and tossed all her clothes onto the floor. “Are you trying to kill me?”

He stopped, suspended in a swirl of desire that hit him from all sides, holding him momentarily aloft. In his haste to somehow find the ability to both walk and gather up Amy’s clothes, he’d forgotten that he held all her underclothes. Nothing stood between him and her completely naked body except distance and air—both of which mattered for absolutely zero.