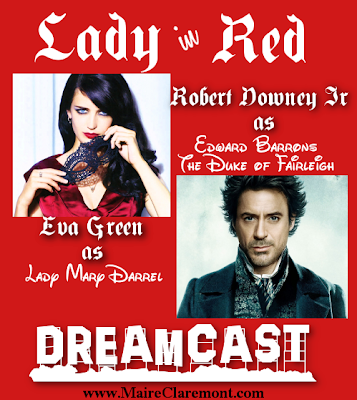 2011 Golden Heart winner Máire Claremont first fell in love with Mr. Rochester, not Mr. Darcy. Drawn to his dark snark, she longed to find a tortured hero of her own… until she realized the ramifications of Mr. Rochester locking his first wife up in his attic. Discovering the errors of her ways, Máire now looks for a real-life Darcy and creates deliciously dark heroes on the page. Oh, and she wants everyone to know her name is pronounced Moira. Her parents just had to give her an Irish Gaelic name.

About Lady In Red: 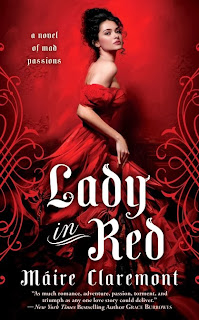 The Victorian era was full of majestic beauty and scandalous secrets—a time when corsets were the least of a woman’s restrictions, and men could kill or be killed in the name of honor…
​
Lady Mary Darrel should be the envy of London. Instead, all society believes her dead. For Mary holds a secret so dangerous, her father chose to keep her locked away…and have a grave made for her near her mother’s. Driven to the edge of desperation, Mary manages to escape the asylum, only to find that her fate yet again rests in the hands of a man…
​
Edward Barrons, Duke of Fairleigh, longs for some way to escape the torment of his father’s crimes. In Mary’s warrior spirit and haunted gaze—which so mirrors his own—he finally sees his path to redemption. He will stop at nothing to keep her safe, even as she seeks revenge. But will the passion they discover in each other be enough to save them from their demons?

More About The Book: http://www.maireclaremont.com/#!lady-in-red/ckzw


a Rafflecopter giveaway
Posted by Melody May at 1:31 AM