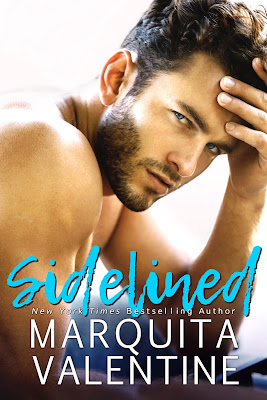 It was supposed to be the happiest time of my life.
And it was, until my husband left me.
On our honeymoon.
For the wedding planner.

Now I all I want to do is get over the humiliation with the one man I shouldn’t.
Except he's avoiding me at all costs.

But I'm not going to let Aiden McHugh get away. He might be the hottest quarterback in the NFL and my older brother’s best friend, but he doesn't intimidate me. He promised to help me and I’m holding him it… even if it means I have to convince him one seduction at a time.

Until the seduced becomes the seducer.
I no longer want to get over my ex; I just want Aiden.
My Thoughts:
Okay, I'm going to have to say I liked Sidelined more than Scored. A suggestion would be to read Scored, because it kind of shows Layton's wedding planning and why she asked Aiden to do her bidding. However, shows the aftermath of Layton's quick marriage, and she comes to terms of it crumble before it even started. We see a lot of Layton trying to pick up the pieces. We also have Aiden trying to make it through his last season, while trying to keep his rules intact. By the way are a little hard when it comes to Layton. However, he manages to stand his ground.

Things I liked in Sidelined: Aiden. Deep down he's a decent guy with a mouth on him. I think it's more for a shock factor when it comes to Layton. It's fairly quick read. Layton wasn't too bad when she started to pick up the pieces of her life.

Things I would have liked to have seen in this story: I think it would help the story along had there been more flashbacks to the past. Times when Aiden and Layton were hanging out together, this way we could see how their love story really started. For me it kind of felt like it was thrown together. I think their history does play in their love story, but you don't get to see that. There were a couple of minor things. If you are not a huge sports fan it won't bother you.

Overall, I did like Sidelined. I wish it was little longer more for the reason that it would make the relationship between Aiden and Layton plausible. However, I did like the ending it was sweet and sappy with all the makings for a feel good ending. I was hoping to get Layton and Aiden's story after reading Scored. Yay for that. 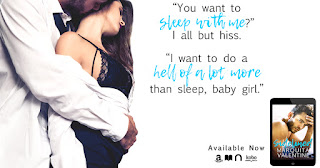