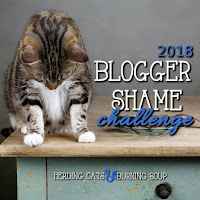 I have decided to take up the Blogger Shame Challenge again. This time I set my bar a little low, this way I can accomplish it, and if I read more than my four it will be bonus. First up is Wild Heat by Lucy Monroe. Now I feel really shameful for waiting so long on reading this title, because it was pretty good. Even though it dealt with some heavy subjects in the story, it was still a pretty good read. 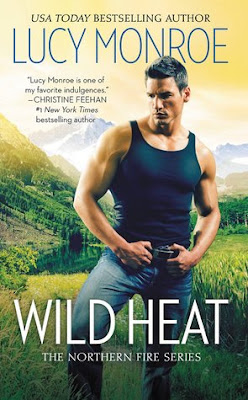 Okay, Wild Heat was probably not the best choice to read right after holidays, but I wanted to tackle my shame. Yes, the story dealt with some heavy topics like recovering from an eating disorder, emotion/physical abuse, and finding oneself. So, yeah that's a lot to take in.

We have Caitlin Grant (Kitty), who has come back to her hometown beaten and trodden, and looking for a fresh start. All she has is her grandma and great aunts. This is extremely hard for her. In someways she would like to make amends with her best friend Tack MacKinnon, but has a huge chip on his shoulder from the last time he saw her. However, the more time he spends with he feels like a dick, and he should. When she needed a friend to step in her life, he ditched her, because his ego was bruised. So, they have to find a way to heal from the damage that was caused eight years.

Let me tell you my heart tore to pieces, every time Kitty would make progress, then Tack would say something callus and she would shut down. He's guarding his heart from Kitty, because he doesn't want to feel the heartbreak like the first time. We have a little emotional pull going on in the story. Eventually, they do get together, more like to fulfill an itch. Of course, they are both fighting the feelings that are place before them.

I really liked Kitty. She described herself as a shattered vase glue together. Right there, you just want to make sure she gets a happy ending. As much as I liked Tack there were times I wanted to beat him, because he would hurt Kitty, not intentionally, but still. There were times I wasn't a Tack fan. I'm glad he realize he was being an idiot at times. Overall, yes this was a pretty good read. Definitely, a rough read at times. So, if you don't mind it being a little emotional overwhelming at times, you might consider Wild Heat.