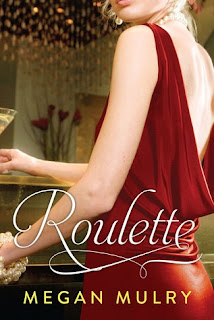 I did not even complete this book. I got up to Chapter 7, and basically clapped my hands and said I'm done. I would have liked to said that it wasn't bad, but then again, I didn't even finished. I had a problem with Miki. I can tolerate a lot, but she was supposed to be a 30 year about to get 10 year at the university she was working. Yet, she read more like an early 20 year old finished with college trying to figure out what to do next. Yeah, not cutting it. I probably would have cut it a little longer had she not cheated on her boyfriend who just asked her to move in. Seriously, she had to talk herself into saying yes. Miki should said no and broke it off. Yet here she is in Russia, and a hot French playboy and she decides to say, "What happens in Russia stays in Russia." Cheating is never the answer. I couldn't hang anymore after that, so I stopped.

Since this was an audiobook, I was listening to Neva Navarre who wasn't bad, but I didn't like Roulette. I think she would do a pretty good job with younger heroines, I might give the Neva a try on another story.

Since I'm in the minority on disliking Roulette, it didn't work for me. Others loved this story, but I'm wasn't a fan of Miki to beginning with. Sleeping with another guy, because he was hot and a one time thing. Yeah, I'm all for getting out a relationship before sleeping with some else. This is where I stand on this story.