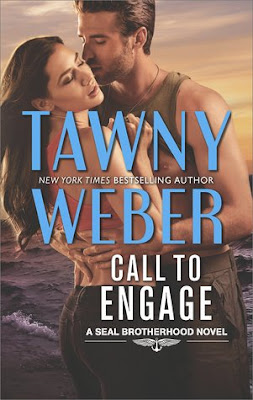 The Poseidon team are hard-bodied, fiercely competitive Navy SEALs. But when a sensitive mission goes disastrously wrong, three of the team's finest will have to trust their hearts and instincts to uncover the truth…

Lieutenant Elijah Prescott should be spending his precious leave somewhere with sun, surf and scantily clad women. Instead, he's heading home with two goals in mind. Figure out exactly how his last assignment went to hell and almost killed him—and reconnect with the woman who might offer salvation.

Ava Monroe has streamlined her life, eliminating every source of pain—including a marriage touched by tragedy. One glimpse of her ex and those good intentions turn to bad-girl desires. Her strategy: get over Elijah by getting under him again, sating herself until she can finally let go. But as betrayal within the rank of the SEALs turns deadly, there's no denying that her heart and her life are on the line. Elijah is the only man who can protect both…

I probably should read the first book, because I get a feeling that a little of book 1 feeds into book 2. However, I’m managing okay. We have the mission with the group, and the group is trying to find out if Ramsay is still alive. We also have Elijah who is dealing with the aftermath. Then his ex-wife is brought into the story. They still have issues they haven’t solved.

Anyway, I struggle with Ava. Seriously struggle. Some of my perspective comes from being a military spouse. True, being a military spouse is never easy. I mean there were sometimes when I didn’t know what was going on with my husband job. It happens. Anyway, she couldn’t hack it. One of my big issues with her was when she was with him, but she wasn't really with him. He was at his duty station while she was still in area where her family was. I wonder what she would have down had he got orders to another location. That is beside the point; she was listening to her family more than her husband, which can cause a lot of contention and resentment. She totally blamed him, and using him as a scapegoat. They honestly need counseling, but she didn't want to deal with the issues at hand, so divorce was the easy answer. They have been divorce for sometime in the story, but I had to get my feelings about Ava out. I didn’t like her, because she didn’t the effort into her marriage. So, they still had these issues when they come together again. I did like Elijah, because he was trying to come to terms with the relationship, but it’s kind of hard when one person stonewalls you.

Through most of the book I struggle, because I didn’t like Ava. A lot of my dislike came from the fact that she didn’t accept Elijah for what he did. Granted he’s a SEAL, but one of the things the military stress is actually family. You need a strong support at home to do the job. Ava didn’t understand that in the beginning. It was until she was asked to help that she finally understood the mission. Overall, Call to Engage wasn’t a bad read. I truly liked Elijah. Ava had to grow on me. However, the ending was worth it, because Ava learned something important. She actually grew a lot in the story. It wouldn’t seem like it, but she did towards the end. 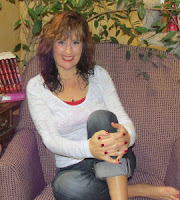 Tawny Weber is the New York Times and USA TODAY bestselling author of more than forty books. She writes sexy, emotional romances with a dash of humor and is known for her heroes, most notably her popular Navy SEALs series. The recipient of numerous writing awards, Tawny has also hit number one on the Amazon and Barnes & Noble bestseller lists. She lives with her family in Northern California.