Love So Wild, an all-new contemporary romance from Marquita Valentine is available now! 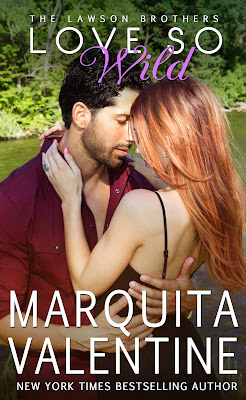 Pilot Elijah Lawson always knew he’d return to Jessamine, marry a hometown girl and settle into very predictable life. After all, he made promises to his parents that once he’d gotten his fill of adventure that he would do exactly that… and Eli was a man of his word. Only he's never been able to get the bewitching redhead he’d fallen hard for two years earlier out of his head and he’s afraid that no woman in Jessamine will ever measure up.

Unfortunately, that doesn’t stop his family from trying to set him up with every single woman in town… until Skye Holland shows up on his doorstep.

The only reason Skye Holland moved back to North Carolina was so she could do the right thing for her one year old son. A boy, after all, needed his father, while she… she simply needed a fresh start. But first, she has to let Eli know that their red-hot affair had consequences. Consequences she has no intentions of repeating, no matter how many old feelings come rushing to the surface when they’re together.

Too bad for Skye that Elijah has other ideas and he’s not going to let this second chance at love get away again.

Overall, I liked Love So Wild, but at the same time kind of conflicted. I mean most of my conflict comes from Skye. She's probably my least favorite Holland sister. I thought Summer held that place, but I was wrong. Oh so wrong. Oh my gosh; I wanted to smack Skye on the back of head. Okay, it was much worse. She drove me nuts with the fact she wanted Elijah to be a father to their son, keep his distance. Then you have Elijah who was willing to take them in and make them a family, because he still cared for Skye. The only reason I tolerated Skye towards the end was Rose talked some sense into her. Thank goodness for Rose. By the way she's my favorite Holland sister.

Basically, Skye comes to Jessamine to let Elijah know he's a father, and see if he wants to be part of Miles life. Being a Lawson he takes on his responsibilities. Honestly, this is a quick read, and a lot of things get resolve fairly quickly. It was an adorable read, but with some frustrating moments, but most of that comes from my issue with Skye. ADORE Elijah. Seriously, he's a perfect guy. Those who have come to love Marquita books will probably love this story too. 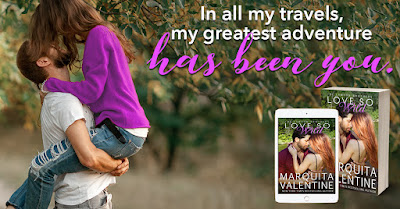