THE HIGHLAND GUARDIAN
Lords of the Highlands series, #3
by Amy Jarecki
Forever
December 19, 2017 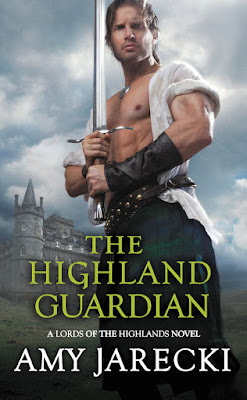 "A must-read new release. Seriously complex and historically detailed, this book kept amazing me with its unassuming tenderness and sweeping prose."―BookRiot


He has sworn to protect her... Captain Reid MacKenzie, Earl of Seaforth, is a man of his word. During a harrowing battle at sea, the heroic Highlander makes a vow to a dying friend to watch over the man's daughter. His plan: send the child to boarding school as quickly as possible so he can continue his mission. But Reid's new ward is no wee lass. She's a ravishing, fully grown woman, and it's all he can do to remember his duty and not seduce her himself.

But he might be her greatest threat... Miss Audrey Kennet is stunned by the news. First this kilted brute tells Audrey her father is dead, and next he insists she marry. But as Reid scours England for the most suitable husband, Audrey soon realizes the brave, brawny Scot is the only man she wants--though loving him means risking her lands, her freedom, and even her life. 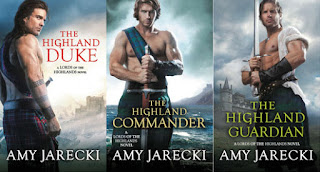 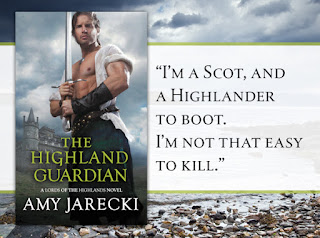 Amy Jarecki is a descendant of an ancient Lowland clan and adores Scotland. Though she now resides in southwest Utah, she received her MBA from Heriot-Watt University in Edinburgh. Winning multiple writing awards, she found her niche in the genre of Scottish historical romance. Amy writes steamy edge-of-your-seat action adventures with rugged men and fascinating women who weave their paths through the brutal eras of centuries past.


Two copies of The Highland Guardian are up for grabs.
Posted by Melody May at 8:51 PM