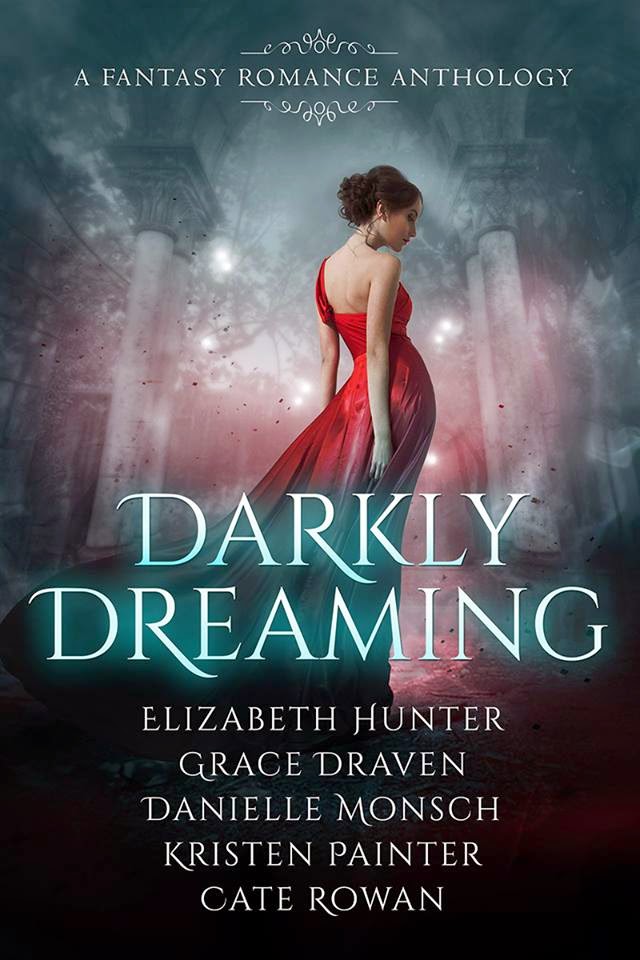 Fall into magic and fall in love with DARKLY DREAMING, an anthology from five award winning and bestselling writers in fantasy romance.


Feared by a priesthood. Coveted by a god. Tempted by a slave. In Grace Draven's MASTER OF CROWS, a renegade mage must battle a god for his soul and decide if his fate—and the fate of nations—is worth the life of the spy he has come to love.

From MASTER OF CROWS:

Silhara’s eyes closed. He told himself the residual effects of her Gift sliding over him—through him—brought on that embrace. But he didn’t believe his own lies. He kissed Martise because he wanted her, because he admired her. Because he wanted more than just the ethereal essence of her lingering on his tongue once her Gift withdrew. He’d kissed her on impulse, lured by the tempting curve of her lips and the slight feel of her in his arms. He’d expected her to retreat from his onslaught. Gentleness was not in his nature, and he was desperate to taste her. But she hadn’t recoiled from his rough embrace, responding instead with a passion to equal his own.

Learn more about Grace at http://gracedraven.com.

Experience sword, sorcery, and mythical beings as never before in STONE GUARDIAN, the first book of the Entwined Realms by Danielle Monsch. Larissa's sheltered world is destroyed when she is targeted by Necromancers. With nowhere else to turn, Larissa forms an uneasy alliance with Terak, leader of the Gargoyles. Will Terak be Larissa's salvation, or her downfall?

She was sleeping, his little human, her eyelashes soft shades under closed eyelids. Her lips made a little pout as she slept, as if she was waiting for a kiss. That was one request he would always grant.

He ghosted his lips over hers, bit by bit applying more pressure with each pass, until she woke. Those eyes opened, the room too dark to see their full color, but after the focused on him they relaxed, losing the lines of confusion and settling into happiness. “I’m sorry I fell asleep. It’s been a long day.”

He pushed her hair back from her cheek, the petal-soft skin sensitizing the nerve endings in his fingers. “Yes, it has. I wish I had the willpower to let you sleep as you need, but I could not wait that long to hear your voice again.”

To learn more about Danielle's books, visit her website: http://www.daniellemonsch.com.

Sometimes love is the most dangerous magic of all. In HEART OF FIRE by Kristen Painter, Jessalyne leaves a sheltered life to tame her dangerous magic by becoming apprentice to a powerful sorceress, but she’ll need the deadliest man in the realm to get her there safely. If they don't kill each other first.

From HEART OF FIRE:

“I’ve never been kissed before.”

“Never?” He raised his eyebrows. No other man had touched her? Hot, possessive desire thickened his blood.

She lowered her eyes. “It was agreeable.”

“Agreeable? My kisses have been called many things. I don’t recall agreeable being among them,” he teased. “I promise a better attempt next time.”

She gave him a curious look.


Check out all of Kristen's books at http://kristenpainter.com.

Be swept away in KISMET'S KISS by Cate Rowan. In the desert realm of Kad, a deadly epidemic strikes the palace of Sultan Kuramos. Only a mystical healer from an enemy land may have the skill to save his household. But he never imagined that healer would be a woman.

Groaning beneath his kiss, she grabbed his shoulders and rolled him onto his back, moving with him. Then she raised herself up a fraction and stared into his eyes. Keep kissing, shouted her heart. Walk away, screamed her head.

Cate loves hearing from readers. Contact her at: http://caterowan.com.

Hidden at the crossroads of the world, an ancient race battles to protect humanity, even as it dies from within. Ava comes to modern day Istanbul in THE SCRIBE, the first book in the Irin Chronicles by Elizabeth Hunter. One woman searching for answers finds a reluctant guardian in a warrior whose magic is written on his skin. But does Ava have magic of her own?

With one hand, he pulled her into the room, and with the other, Malachi slammed the door shut. He tugged her into his chest and captured her lips with his own. Desire roared through his body, thick with tension after two hundred years of fasting and a lifetime of waiting. For her. For Ava.

Elizabeth can be contacted on her website at http://elizabethhunterwrites.com. 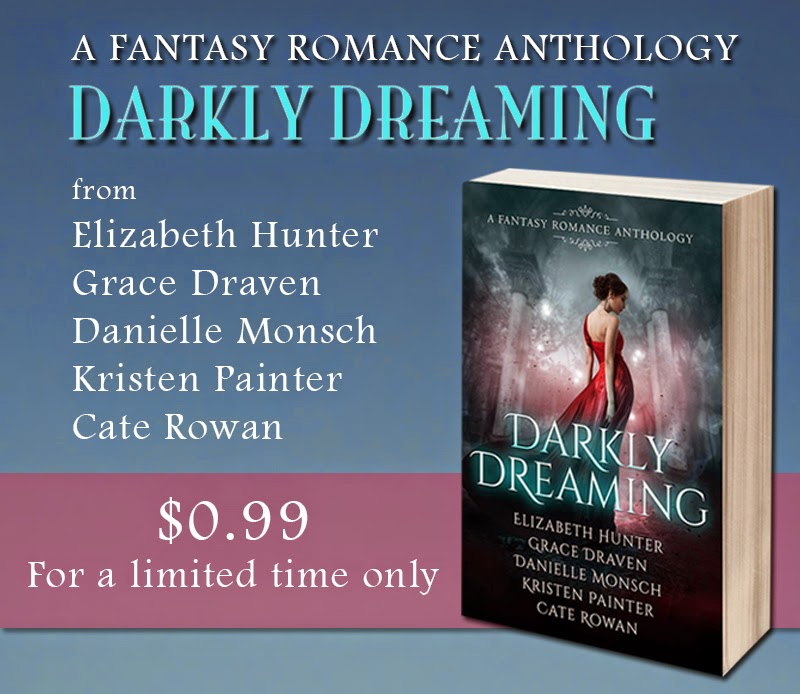 a Rafflecopter giveaway
Posted by Melody May at 7:25 PM