Grace Burrowes, Katie MacAlister, and Shana Galen wonder what type a heroine are you. They provided a simple quiz to see who are you most like. Are you royalty, an operative, or a member of retinue? Hmm.

Quiz: Which Type of Historical Romance Heroine Are You?

#1 What word best describes you?

#3 What is the perfect late night snack?

a) bread, cheese, meats, lemon tarts … whatever can be liberated from the kitchen
b) the baron's kisses
c) ratafia, shaken not stirred

a) a sublime derriere
b) an aptitude for growing hardy, contrary flowers
c) brains

#5 What accessory do you never leave home without?

If you choose mostly As ... then you are as sparkling and resourceful as Her Serene Royal Highness Dagmar from The Truth About Leo by Katie MacAlister. Dagmar may have been raised in a strictly formal manner, but she’s never let that stop her from pursuing anything that catches her interest. She’s a bit quirky, marches to her own drummer, and has a fine, fine appreciation of the manly form.

If you choose mostly Bs … then you are clearly the stuff a baroness is made of, much like Millicent, from The Traitor. Milly is sweet, fierce, determined, and brave but slow to trust. Sebastian, Baron St. Clair, is ALSO sweet, fierce, determined and brave, and relentless when it comes to protecting those he cares for. Alas for both Sebastian and Milly, an enemy stalks them who is not sweet. By the time Milly is done with Sebastian's enemies, they are not very brave either. So if you chose mostly B's, the bad guys better steer mighty clear of you!

If you choose mostly Cs … then you are equipped to be a master spy like Jane Bonde from Love and Let Spy by Shana Galen. Jane is smart, cunning, and loyal, but she has her weaknesses too. Her latest weakness goes by the name Dominic Griffyn. Planning a wedding and defeating a villain intent upon the destruction of England is tricky, but if you're the sort who multitasks easily, then you too have Jane's unique skills and panache. 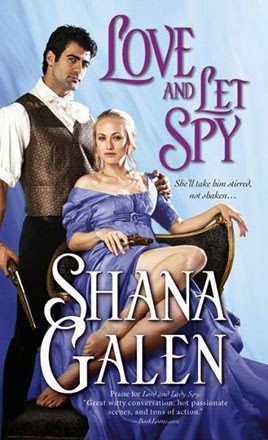 A beautiful and eligible member of the ton, Jane has more than a few secrets: she’s one of the Crown’s most elite agents. She may be deadly, but she doesn't know a thing about fashion, flirtation, or love . . . until Dominic Griffyn shakes up her carefully stirred world and asks her to be his bride. He’s exactly the kind of man she’s not looking for. And he’s dangerous, because falling into his arms is so much more satisfying than saving England from her enemies.
He’s an improper gentleman who needs a wife. . .
Tall, dark, and tortured, Dominic Griffyn is haunted by demons from his past. When his stepfather insists that he marry, Dominic allows himself to hope that the beautiful but mysterious Miss Bonde might help him forget his troubles. As they grow closer, it’s clear that there’s more to Jane than danger. She might be just what his neglected heart needs.

As a young boy, British-born Sebastian St. Clair was abandoned in France and forced to join the French army in order to survive. 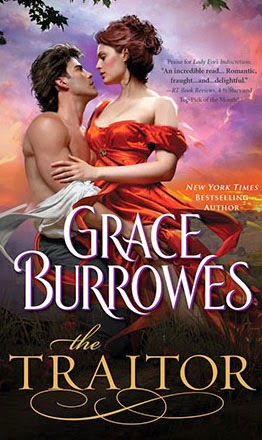 Now that the war is over, he has returned home to his beloved England, and is determined to live a quiet life as a country gentleman. He believes that his wish is about to come true when he begins to fall for his elderly aunt’s lovely companion, Miss Millicent Danforth.
But the French are not quite ready to let him go, and they’ve devised a devious plot that could destroy everything that Sebastian holds dear. He will have to use all of his wits if he plans on escaping this scheme with his life…and his love. 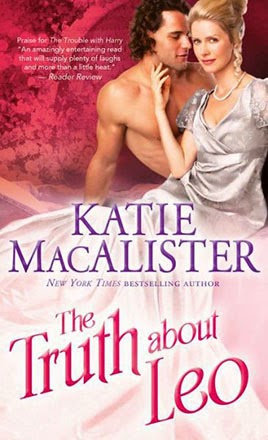 Dagmar Marie Sophie is a poverty-stricken Danish princess whose annoying royal cousin is about to have her stuffed away in a convent. When she finds a wounded man unconscious in her garden, she sees a way out of her desperate situation.
By Lying to Leo?

Leopold Ernst George Mortimer, seventh earl of March, and spy in the service of the king, finds himself on the wrong end of a saber and left for dead. He wakes up not remembering what happened...in the care of a beautiful woman who says she is his wife.
Back in London, Leo-with the help of his old friends the eccentric Britton family-sets out to unravel what he's forgotten... Is Dagmar truly the wonderful, irrepressible woman who makes his heart sing, or is she a dangerous enigma bent on his destruction?
Posted by Melody May at 11:30 AM

Email ThisBlogThis!Share to TwitterShare to FacebookShare to Pinterest
Labels: Giveaway