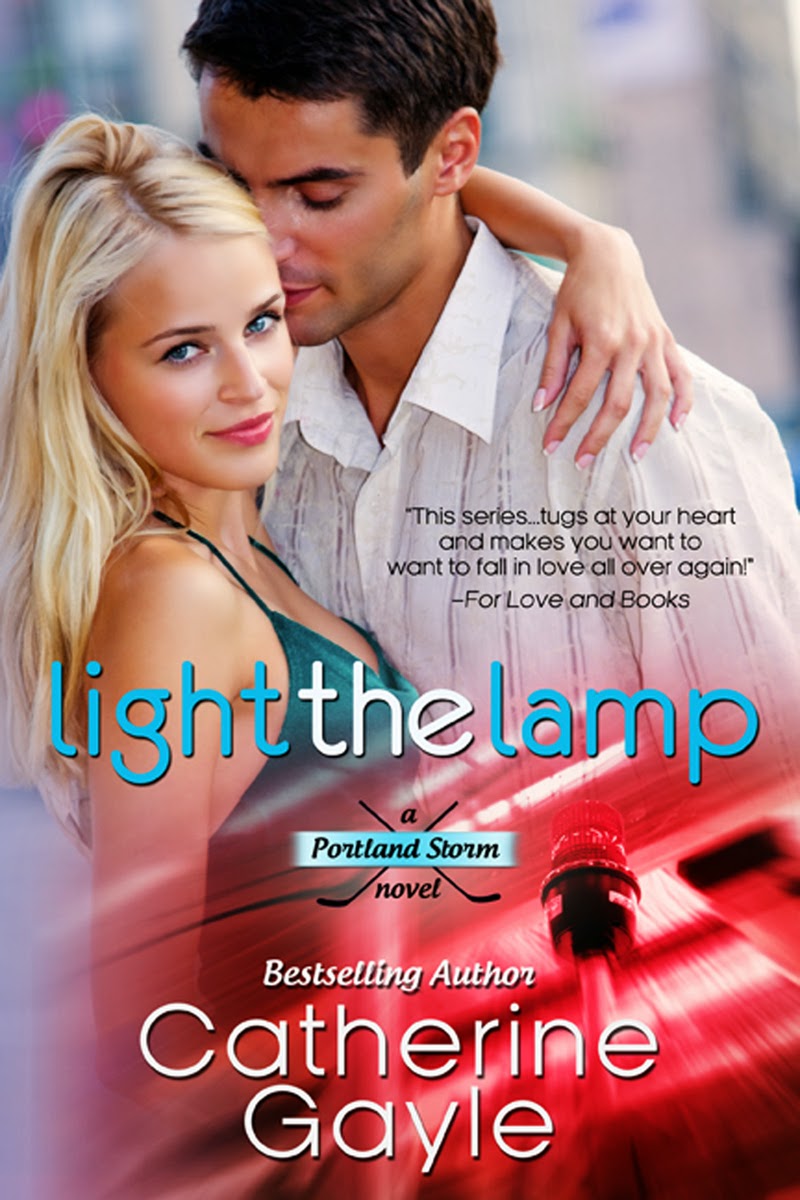 Life’s been rough lately for Noelle Payne, but she’s not one to let negativity rule. So, she lost her job? She’ll find another one. The bank foreclosed on the house? Well, she can live out of her car for a while. There’s always an upside to be found…but now Noelle needs to find something to give her life meaning. She owes it to the universe to figure it out, too, because a stranger just saved her life.

When Liam Kallen’s wife died, his goal-scoring ability died with her. After a trade from the only pro hockey team he’s ever played for, he’s now playing for the NHL’s Portland Storm. Everyone said he needed a change of scenery, but nothing changes until he rescues Noelle. All of a sudden, the world once again looks bright and he’s lighting the lamp like he used to.

Noelle’s cheerful disposition is just the bit of sunlight Liam needs in his life. He wants to give her everything she needs because she’s everything he wants. The problem? She doesn’t believe she needs anything…at least nothing material. The one thing they both know she truly needs—a real purpose—also happens to be the one thing he doesn’t know how to give her. If he can’t help her find that, she might walk away and take all her sunshine with her.

My Thoughts on Light the Lamp:

I have to say that I really did like Light the Lamp. I think a lot has to do with the fact I kind of fell in love with Liam. However, I think the best way to sum up the story would be share my thoughts on Liam and Noelle, then the story as a whole.

Liam: He's a hockey player that got traded to the Storm. He's been in emotional turmoil and hasn't been able to get himself out of it. He has a protective nature and has a need to rescue damsel in distress. A lot of it stems from the fact he wasn't able to save his wife when she died. So, he carries the burden and doesn't see the need to let it go.

Noelle: Some might consider her a flake or flighty. Honestly, that wouldn't be off the mark. However, I kind saw her as hippie. She kind flies by the seat of her pants, not really looking to the future. She takes things as they go. Plus, she's so cheerful and tries to avoid the bad in her life.

"I can't let myself focus on the bad stuff. It's too easy to get dragged down and stuck in the muck and mire that can make us forget to live. I focus on the good."

At times she reminded me of Pollyanna, you how Pollyanna always looked for the good. But, she's also stubborn. Especially, when it comes to Liam wanting to help her out. She doesn't want to be a burden to others. She doesn't see that keeping all this to herself, is not good for her either.

So, now you get the gist of the main characters of Light the Lamp. It's always hard being the oldest, they always take on the burden of responsibility a bit too far. Noelle is no exception. She basically sacrifice everything for her brothers and continue to do so when she meets Liam. So, it's really hard for to accept any help. Liam is still coping from his wife's death when he meets Noelle, but Noelle brings out his protective nature. Which I absolutely love in Liam. Truthfully, Noelle drove me nuts on with the idea she had to do everything on her own.

However, I did enjoy reading Light the Lamp even though Noelle kind of stress me out. Partly because she always had one foot out the door. I really did love Liam and his thoughtfulness. I liked how he tried to get Noelle to open up to what she needed, even when she refuse to tell him. I think if she had been open, it might have saved her some trouble. But sometimes they have to go the hard way, even in a fictional world. Light the Lamp is a bit of an emotional read, but still gives a happy ending. So, if you are looking for a sweet and slightly emotional hockey read, you might consider Light the Lamp.


"You're worry about dimming my light, but it doesn't matter how dark you are. My light is still going to shine as bright as it ever has. And maybe after a while it'll start to look a little brighter on your side." 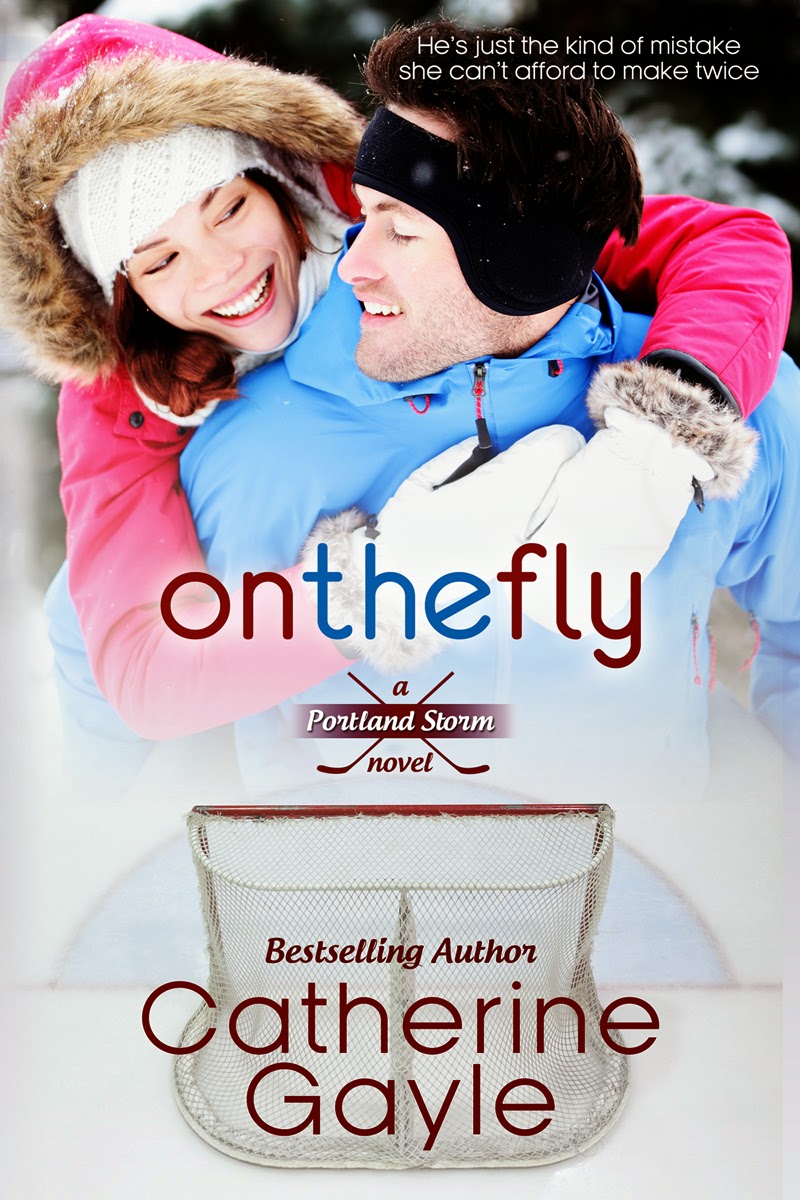 Goodreads On the Fly
Released February 2104

Injury after injury has put Brenden Campbell’s NHL career on hold for years. Now he’s playing for the Portland Storm and determined to make it stick. Few things in life drive him more than being told he can’t have something he wants, and what he wants most is to prove he belongs. Brenden also wants Rachel Shaw, the cute, little redhead who just got hired as the general manager’s new assistant. But then she went and made herself off-limits, telling him: “I don’t date.” Those three words pretty much guarantee that he’ll do everything he can to change her mind.

Rachel is changing things up on the fly for her family, moving them somewhere she can be the kind of mom her kids deserve. Allowing anyone else to be in their lives is out of the question, at least until her instincts get back on track. How else can she be sure who to steer the kids clear of? Right now she trusts no one, including herself, and especially not a man like Brenden Campbell. He’s way too handsome and a little bit cocky. Falling for a guy like him is a mistake she can’t afford to make twice.

My Thoughts on On the Fly:

So, at the beginning of the week I read On the Fly, which is the second book in Portland Storm books. I have to say that I enjoyed the story between Brendan and Rachel. I adore Brendan a lot, because he's just a great guy. Seriously, a caring brother and perfect champion for anyone who is in need of help. Now Rachel has been pretty much on her own since her parents kicked her out and scumbag ex did some awful things to his children. So, Rachel is very protective of her children and poor Brendan tries, but Rachel tries to block his attempts to let people in. After all she's been hurt one too many times and her faith in humanity is a bit shaken. Anyway, Brendan has made it his mission to breakdown those barricades to her heart.

As I said, I really like Brendan. He's one determine guy in all things, which is flaw too. Not only is Brendan trying to get Rachel to trust him, he's trying to show that he's ready to be in the NHL. Part of him is trying to be like his father, after all he was in NHL too and was well respected. So, he's trying to come out of his father shadow, but doesn't really know how. Which causes him to do stupid things that could jeopardize his spot in the Storm.

Now Rachel. She took a little getting use to. At first I felt bad for all that she went through, and I admire how she overcame her challenges. However, her wall got on my nerves. Yes, I get that she was trying to protect her children, she believe that she was the only one to save them. That's fine and dandy to a point, but teaches her children that there is no safe person. When Brendan try to help her she shuts him down. I was getting frustrated with Rachel. There was a couple of times I was thinking that she should seek counseling. Fortunately, she does come to conclusion that Brendan wasn't going to hurt her or her kids.

I liked On the Fly. I thought story was pretty good. I did love Brendan, because he's a decent guy who wants to help. I love that he's always there for Rachel even when she's trying to push him out of her life. As I said, it took me sometime for me to warm up to Rachel and I know I should be a little more sympathetic to her circumstances. I think I would feel a little more differently if I have ever been in her shoes. Anyway, the story does have some light moments and Catherine was able to leak out some tears. So, if you are looking for a sweet hockey read, you might consider trying On the Fly. 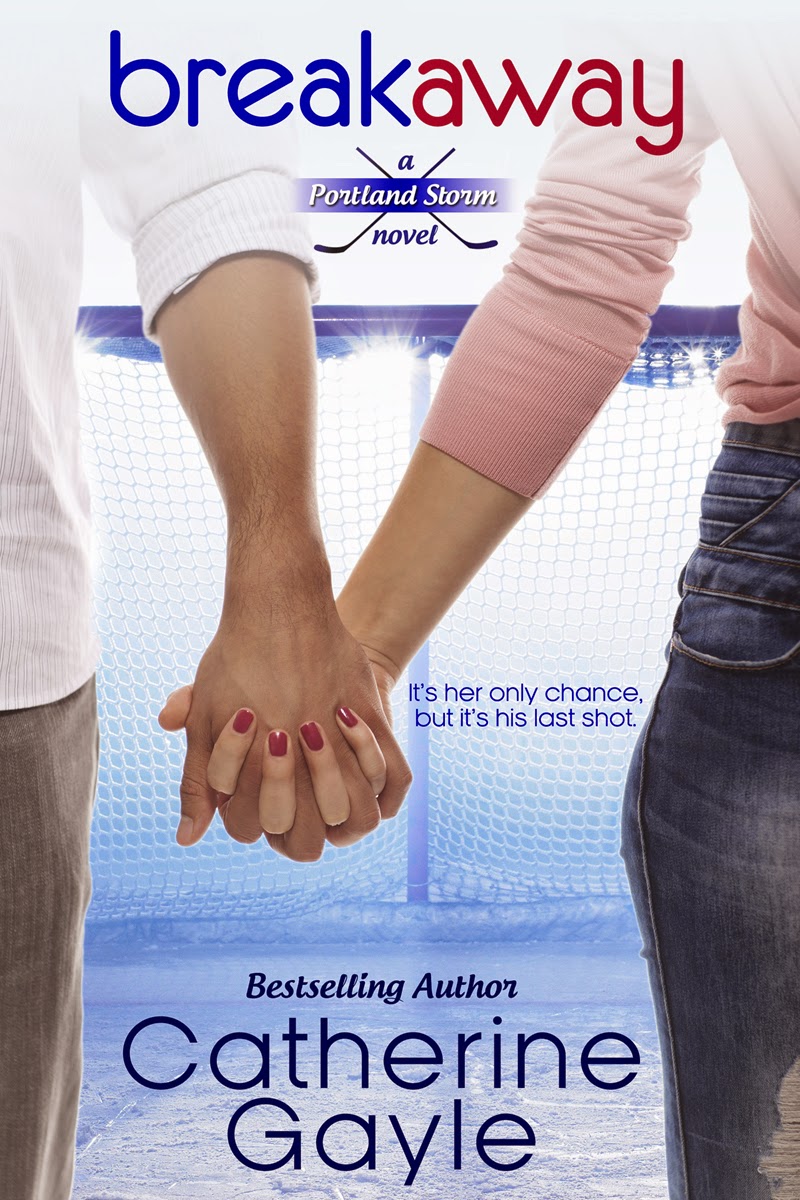 She’s reaching for a breakaway pass.

Dana Campbell has spent the past seven years in self-imposed isolation for a crime she didn’t commit. The danger is well in the past, but her panic attacks make it impossible to have a normal, healthy relationship with a man. Even her counselor has given up on her. She has to find someone she trusts to help her fight through the panic, or her seven-year ordeal will become a lifetime sentence. There’s only one man she feels safe enough to ask.

He got caught with his head down.

As the captain of the NHL’s once elite but now fading Portland Storm, Eric Zellinger knows a thing or two about keeping his focus on the job. Questions are flying about his ability to lead the team back to the playoffs. If they don’t make it, he might be shipped out of town. It’s the worst time possible for his best friend’s kid sister to divide his focus. How can he give her what she needs without jeopardizing both the Storm’s playoff hopes and his future with the team?

It’s her only chance, but it’s his last shot.

Catherine Gayle is a bestselling author of Regency-set historical romance and contemporary hockey romance with a New Adult feel. She’s a transplanted Texan living in North Carolina with two extremely spoiled felines. In her spare time, she watches way too much hockey and reality TV, plans fun things to do for the Nephew Monster’s next visit, and performs experiments in the kitchen which are rarely toxic.