Marquita Valentine has a new series coming in early 2015! Meet the Brody Lawson in Love So Hot! 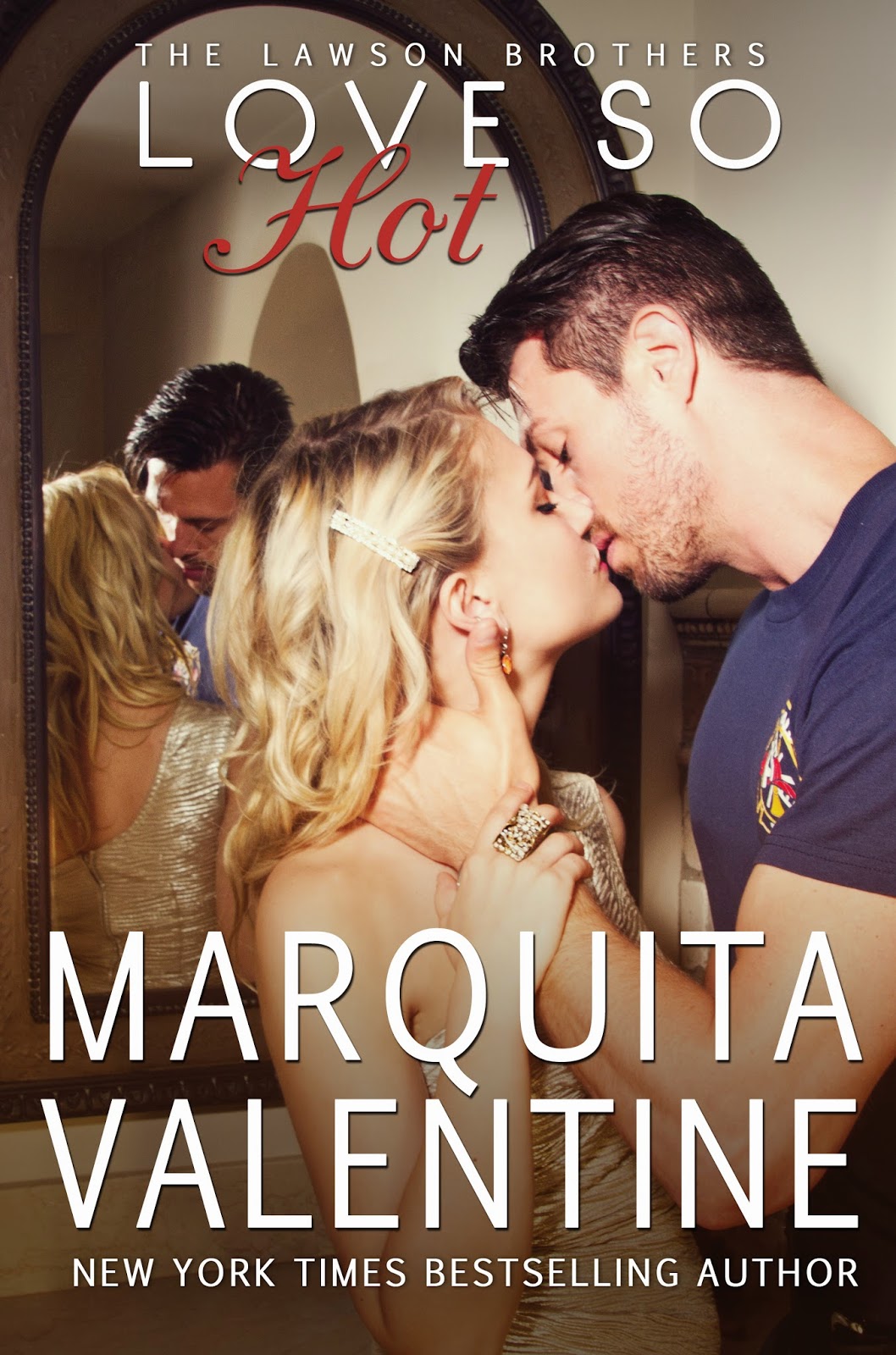 Book Description:
Bank Teller and all around good girl, Sydney McKnight, is tired of being the girl all the guys want to have as a friend. Who better to help unleash her inner vixen than her best friend and secret crush, Brody Lawson? Only, Sydney has no idea how to ask him, without their friendship going up in flames, until that is, the town of Jessamine's annual Firemen's Auction gives her the perfect excuse to set her plan into motion.

Fire Captain Brody Lawson has been in love with his best friend, Sydney, for years, but he would never risk their friendship by confessing his feelings to her. So, when Sydney beats out the competition to buy his time at the annual Firemen's Auction, Brody can hardly believe his luck until she asks him to teach her how to seduce a fellow fireman.

Now, it’s up to Brody to show Sydney how perfect she already is and convince her that they only man for her is him, because if Sydney is going to seduce any man, it’s going to be him. And once he has her in his bed, he’s not letting her go. 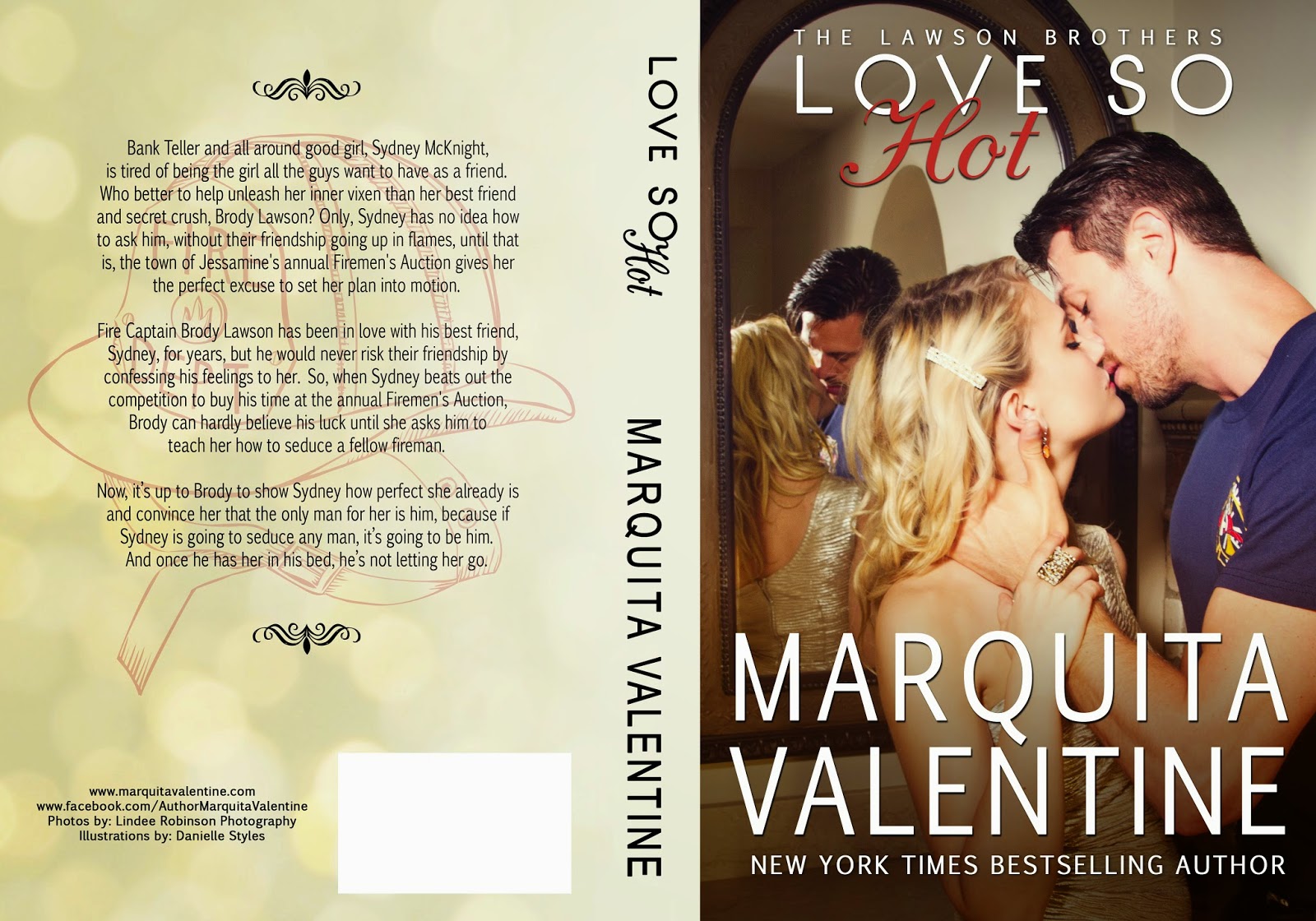 EXCERPT
Sydney looked away, unable to withstand Brody's blue gaze. Her heart pounded in her chest so hard that it actually hurt. "Obviously, I bid on the wrong guy."
He gently lifted her chin. "I said I was shocked, not disappointed."
"Shocked and disappointed aren't too far off from each other."
He gave her an amused look as he let her go. "Really?"
She nodded, becoming more and more uncomfortable by the minute. What had she been thinking? Oh right, the three Strawberry daiquiris had thought for her. "Yeah, like when you drink milk while expecting a soda. It’s disgusting."
Instead of answering her, he dusted his thumb across her bottom lip. Her breath hitched. He dipped his head and she shrunk back a little, but he grabbed her chin again. She couldn't even close her eyes as his lips softly pressed against hers, as he teased the seam of her mouth and sucked in her top lip.
Fire raced through her, all the way to her toes, making them curl in her too-tight heels. All she could think was that Brody was kissing her. Kissing her, Sydney McKnight.
Sweet Lord.
Brody Lawson was kissing her in front of everyone who might or might not be driving by the local VFW. Wouldn't they be shocked?
Pulling away, Brody searched her face, his sexy lips wet from kissing her. She wanted to kiss him again, to learn more about what he liked, how he tasted, and if she could make his knees weak.
She blinked up at him, slowly, taking in his confident smile. "What was that for?"
He laughed low in his throat. "Sweetheart, you look mighty shocked right now. Or is that disappointed?"
Sydney felt neither. She felt... hot and bothered and all the things she assumed kissing him would do to her. It was now or never.
He rubbed his jaw. "It can't be either of those, because you were begging to be kissed and I have never left a woman disappointed in her life."
Aggravation rose inside of her, more powerful than the temporary insanity of lust she'd just experienced. There was no way she could admit her feelings for him, not now. Maybe not ever. While she thought their kiss had been all fireworks and super novas, he was just being himself--that side of him she didn't always care for, because it was so dang cocky... and never directed at her. No one ever tried to seduce her, because in the town of Jessamine, Sydney McKnight would always be considered the girl everyone wanted as a friend. Including the men. Especially the men.
"That's really good to know, because I need an expert like you to teach me."
His brows drew together in obvious confusion. "Teach you to do what?"
"To seduce a man."