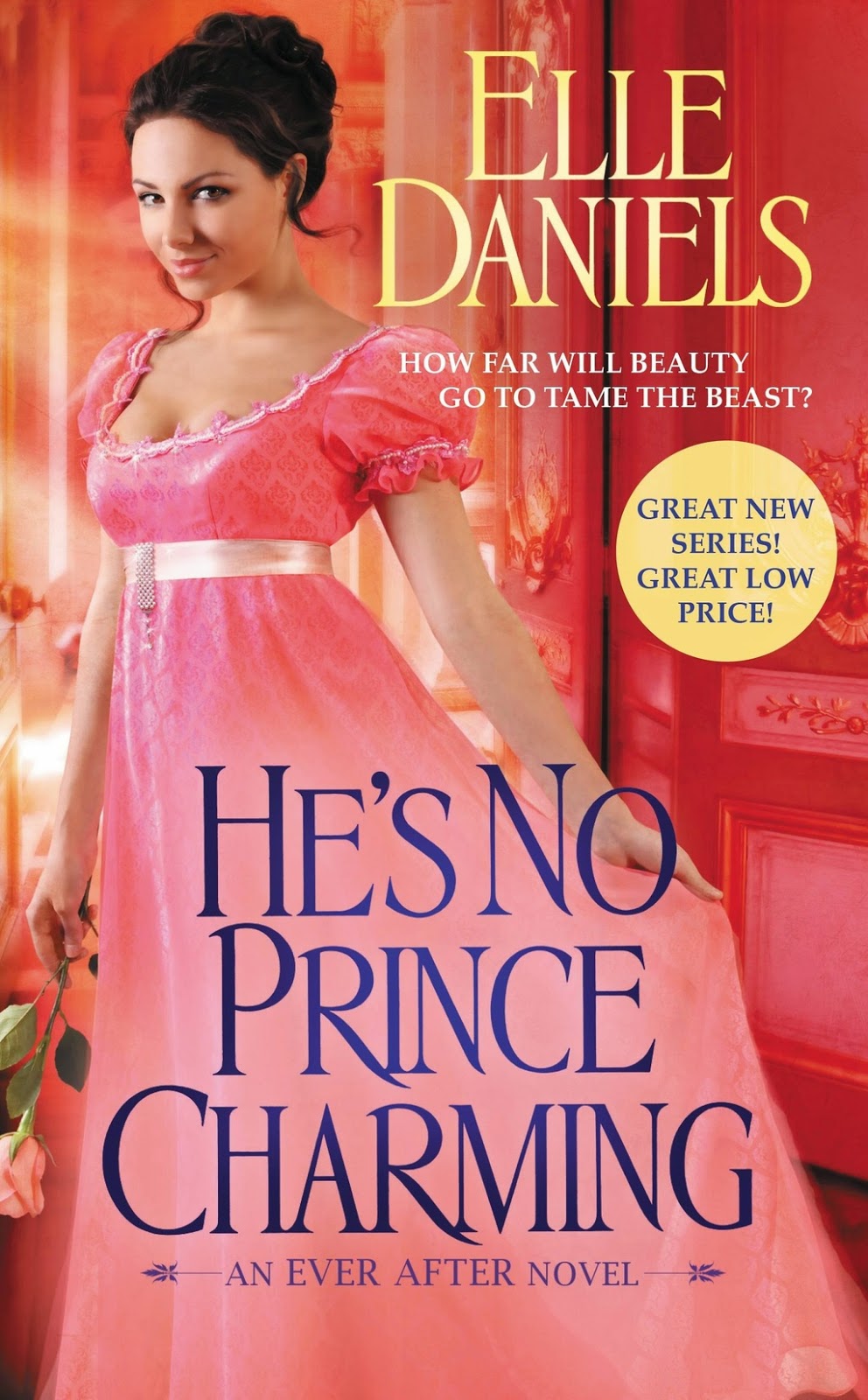 It took Marcus Bradley forever to find a suitable bride. And then he lost her-all because some meddling matchmaker with a crazy notion about "true love" helped her elope with another man. Now, to save his sister from a terrible marriage alliance, he needs a replacement-an heiress to be exact . . . and he knows just the woman to help him find one.

Danielle Strafford believes everyone deserves a fairytale ending-even the monstrously scarred and notoriously brooding Marquis of Fleetwood. Not that he's left her a choice. If she doesn't help him secure a wife-by any means necessary-he'll reveal her scandalous secrets.

A passion that will consume them both

The more time Marcus spends with Danielle, the less interested he is in any other woman. But the Beast must do the impossible: keep from losing his heart to a Beauty he is destined to lose.

Excerpt from He's No Prince Charming:


He stiffened as bitter memories rushed forth. A breathy sigh escaped Danni, drawing his mind from the past. Her face was pale and the dark lashes caressed her cheek, which seemed to glow in the sun’s rays. Her exhaled breath rushed through the small gap in her lips, creating a soft snore. He smiled. Unbelievably, she looked as if being next to him was exactly where she wanted to be.

He wondered how she’d ended up here, in his arms. Could she have wished to comfort him? Obviously she had attempted to care for him. What secrets had he exposed? What had convinced her to stay with him in that state, rather than run through the night for help? She was a miracle indeed.

An unfamiliar feeling of tenderness washed over him. Biting back a moan from the stiffness in his movements, he dared to brush a length of hair from her jaw, enjoying the softness of her skin. She sleepily pressed her hips against his, and a slow simmer seeped through the depths of his abdomen. He gritted his teeth, determined to remain the gentleman. Sharing this moment with Danni was more than he ever thought possible. He would not to push his luck.

Her hips shifted again, rubbing against his length. His instinct to return the movement roared. Desires he’d forgotten existed screamed to life. The physical aches in his joints and muscles were defeated by the agonizing need for her body.

His hand settled at her waist, his fingers pressed her lower, pulling her plaint body impossibly closer. Her head angled sleepily towards him as if sensing his intent. The beast inside him screamed to take her, but the gentleman he was fought back.

At Danni’s sigh of contentment, the beast won. He’d take only one kiss. Just one. He deserved as much for having to put up with her. His eyes slipped closed. His mind surged with the countless faces of women who’d rejected him, and he envisioned Danni’s horror if he woke her. But he could not stop himself. Fantasies of Danni writhing in passion beneath him flooded his mind. His imagination traced the outline of her ribs, felt her mouth moving hotly over him.

Another mewl passed her lips. Just a kiss. Just one and he’d never touch her again. Dipping his head, he brushed his mouth over hers. The first contact stunned him. His lips tingled with the smooth, soft sensation. His tongue slipped over them, savoring their warmth, pressing against them, deepening his kiss, tenderly. He drew away, knowing he must be content with that one stolen touch.

Suddenly, Danni’s caramel eyes snapped open, searing into his. He froze, millimeters from her face. He’d been caught. Bloody hell. Marcus braced himself for the screams, the curses, even—God forbid—the fainting. But he should have known better. This was Danni. She never did the expected.

“Marcus… ,” she breathed, the air caressing his still tingling lips. For the barest moment she peered into his eyes, frozen with indecision, and then her gaze moved to stare at his lower lip, and with a curious hesitance she gently lifted her head and fused their mouths together. Shocked, he held still, his mind blank.

She was kissing him. Him.

She continued to fascinate him the more time he spent with her. She was a puzzle he would gladly spend a lifetime trying to solve. She valued a marriage filled with love over the kind of status marriage that was so common in their times. She earned her living through trade, but often reminded him of a gentlewoman bred by the ton. Never afraid to share her opinion and outrage, she was vexing and downright stubborn. She also made him laugh and was a balm for his past. To her, he wasn’t the Beast, but a simple human being. He could not believe his luck at having found her. 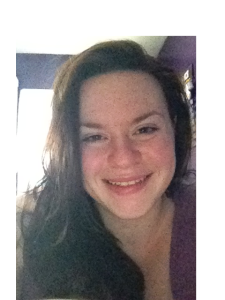 Elle Daniels grew up in a quiet, suburban town in Central Massachusetts - a town so lacking in excitement she was forced to live vicariously through novels. One day, discontent with her reading options, she took the matter into her own hands. So began Elle's journey into all things romantic and fantastical. Still in her early twenties, she remains in that same small town, tagging along with her heroes and heroines on their madcap adventures.