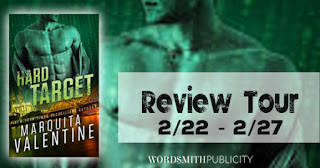 We're celebrating the release of HARD TARGET by Marquita Valentine! 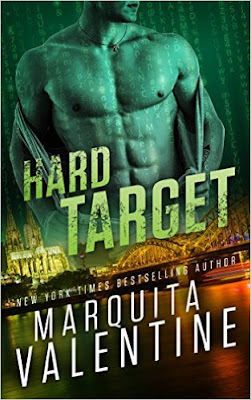 Ten years ago, Benjamin Romanov left behind a world of violence and intrigue. Now he’s living the dream as the chief technology officer at PharmGen, the world’s largest provider of vaccinations. The perks are amazing—a luxury penthouse, fast car, and his pick of women. The only downside to his job is reporting employees for less than scrupulous e-mail practices, but when he is forced to confront an employee in the lab, he ends up preventing a security guard from killing an innocent woman.

Receptionist Morgan Tanner never meant to get caught in the crosshairs of a deal gone wrong. All she wanted was one night of excitement with the sexy and elusive Benjamin Romanov. But now they’re on the run, and Benjamin thinks she has something to do with why everyone wants to kill them. Only she has no idea what’s going on at all—she was only in the lab to deliver a time-sensitive package.

With time running out, Benjamin must find a way to protect an innocent woman while keeping his distance… and expose PharmGen to the world before the deadly virus is unleashed.

My Thoughts:
Overall I liked Hard Target. It was a decent story. At times I wish it was a little longer, but the length wasn't too bad. If you had read The Request trilogy or when it became renamed to Prime Target you would remember Ben when he's a little younger. Ben was adorable in a reckless way. Now he has grown and decided to try his hand at honest work. Funny how the old ways drag you back. We also meet Morgan, and we slowly learn she's not who she says to be. However, we don't know this until a little later. Anyway, they find themselves in a world of trouble. Yes, this story is filled danger, adventure, and a twist. Like I said if you read the previous story you will know the twist and will be shocked on the turn of events. I know I hate being all secretive, but it would be horrible to spoil that surprise.

Anyway, it was a good story. There were some spots that were a little slow, but overall a good read filled danger and twists. I actually like towards the end the best and the sappy epilogue. I really like the epilogue. Anyway, Ben is still a fun guy you met back which ever story you read first. Morgan isn't too bad, she's a lot tougher than she looks. So, if you are in the mood for something like Hard Target give a try. You don't necessary need to read the first book, but it will help you understand the twist more. 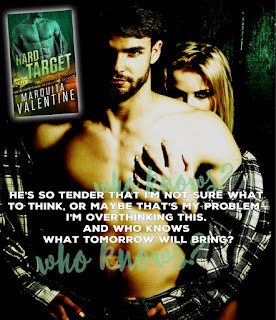 Since first taking the plunge in July of 2012 to self publish, Marquita Valentine has sold over a quarter of a million books around the world. She's appeared on the Top 100 Bestselling Ebooks Lists on iBooks, Amazon Kindle, and Barnes&Noble. She's been called "one of the best new voices in romance" (Guilty Pleasures Book Reviews) and her books have been accused of being "a sexy, fun, and slightly addicting contemporary read" (The Book Queen). 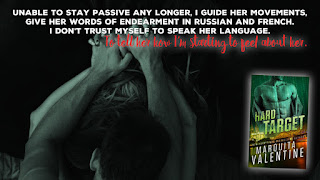