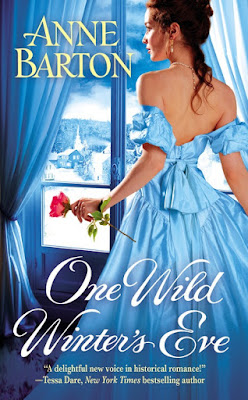 ONCE YOU'VE HAD A TASTE OF SCANDAL . . . As the Duke of Huntford's sister, Lady Rose Sherbourne follows the rules of well-bred society. Always chaperoned. Never engaging in unseemly behavior. Well, except for that one summer, years ago. And yet she's never been able to forget that handsome stable master or the stolen moments they shared. She's always wondered what might have happened if he hadn't disappeared without a word . . . Now she's about to find out. YOU CAN NEVER GO BACKCharles Holland never expected to see Lady Rose again. And yet the years haven't lessened his devotion-or his desire-in any way. Despite their differences in class, Charles cannot stop himself from wanting to possess her. But as they uncover one intimate secret after another about her family, they realize that, this time, their love may come at a very dear price . . .


“What are you doing?”
The voice was authoritative, rich, and deep. And hauntingly familiar.
She turned, hiding the letter behind her. She made a clumsy attempt to shove the drawer shut with her bottom but only succeeded in bumping the desk, which rocked on spindly legs. The man must be a servant. If she could manage a haughty tone, she could probably talk her way out of the situation. But she’d never been particularly good at haughty. Her face burned.
“I was looking for something.” She looked at the man, hoping he wasn’t half as intimidating as he sounded, and froze.
Dear God. It couldn’t be.
“Rose?” He blinked, clearly as stunned as she, then quickly corrected himself. “Lady Rose?”
“Charles.” The sound of his name on her lips was surreal. She’d thought that her feelings for him had withered, dried, and blown away like dead leaves.
She’d been wrong.
He was the same as she remembered—confident, solid, and steady. But he was different too. His hair had turned a darker shade of gold, and he seemed to have grown all over. His neck was thicker, his jaw stronger. He’d traded the patched trousers and threadbare shirt that he’d worn in the stables for buckskin breeches and a nicely tailored jacket, both of which showed his strong physique to advantage. But the biggest change in him was the way he looked at her.
And it nearly broke her heart.
For instead of looking happy to see her, like he was anticipating a few stolen moments of summertime bliss, he looked suspicious. The laughing amber eyes that had always welcomed her to the stable glowered, chilly and remote.
She choked out the obvious question. “What are you doing at Lady Yardley’s?”
“I could ask the same of you.” The words, formal and clipped, didn’t fit with the Charles she knew.
She raised her chin and matched her tone to his. “I’m acting as a companion to Lady Bonneville, and we’re guests of the countess.”
“You’re a companion?” He raised a brow, skeptical.
“Yes.”
“Why?”
Once, she would have willingly explained everything to him. For even before she’d regained her voice, she’d shared her whole being with him—she’d been as honest and open as it was possible for her to be. But now, his question irritated her. It presumed too much—a connection, a trust, a bond.
“I don’t see where it’s any concern of yours.”
“Forgive me.” But the look he leveled at her belied his apology. It said, Fine. We can play it that way if you’d like.
Fighting the urge to shiver, she folded the letter behind her back. She felt for the drawer, slipped the note through the crack, and slid the drawer shut. “You’re no longer a stable master.” It was an idiotic thing to say, but she had to say something—anything—to fill the vast and unnatural gulf between them.
“No.” His stiff smile didn’t reach his eyes.
“And I think it’s safe to presume,” she stated saucily, “that you’re not Lady Yardley’s companion.”
“I am not.” This time, his smile was genuine.
Dangerous, that. She gripped the edge of the desk behind her to keep her knees from wobbling.
He took one step toward her. “I’m her steward.”
Ah, he’d been too busy moving up in the world to reply to her letters. She couldn’t blame him for wanting to better his station in life—that had always been his dream. Perhaps he wanted no reminders of the days he’d spent mucking out stables. But those days happened to be the ones she most treasured.
“Congratulations are in order then.”
“I’m grateful to Lady Yardley for giving me the opportunity.” He took another step toward Rose. “And I am in her debt.”
The show of loyalty to his employer stung—especially since he seemed to have forgotten the sultry summer days and the confidences they’d shared. “I’ve no doubt you’ve proven yourself worthy.”


He strode closer, till only an arm’s length separated them. His clothes might have been more refined, but the man beneath them was not. He looked like he’d be more at ease chopping wood and hammering nails outdoors than reviewing ledgers and attending to correspondence in a study. The merest shadow of a beard covered the lower half of his masculine face, but his lips, soft and full, captured her attention. She’d imagined kissing him so many times that she could almost convince herself she had.

Purchase Links:
Amazon | Barnes & Noble | Kobo |  iTunes
About Anne Barton
Anne Barton began swiping romance novels off her mom's bookshelf as a teenager, so when she had the chance to spend a semester in London-home to her favorite heroes-she packed her bags and promptly fell in love with the city, its history, and its pubs. She dreamed of writing romance, but somehow ended up a software analyst instead.Fortunately, a few years and a few careers later, Anne found her way back to writing the stories she loves and in 2011 won the Romance Writers of America's Golden Heart® for Regency Historical Romance. She lives in Maryland with her husband (who, sadly, is not a peer of the realm-but a great guy nonetheless) and her three children, who try valiantly not to roll their eyes whenever she quotes Jane Austen. Her weaknesses include reality TV, cute-but-impractical shoes, and caffeinated beverages of all kinds.