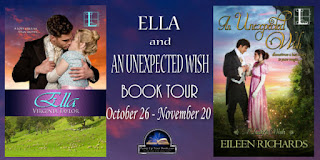 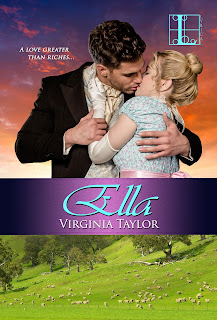 Ella Beaufort knew better than to rely on a sexy stranger. But with two sisters to support on the modest earnings of the family sheep station, she accepts shearer Cal Lynton’s help—along with his intoxicating kiss. The most Ella can hope for is an affair. Something a woman in her situation wouldn’t dare—or would she?

Heir to his family fortune, Charlton Alfred Landon Lynton abandoned his privileged life to prove his independence. He doesn’t have time for a woman, but once he woos the lovely Ella into his bed, he is ready to make her his wife…until she shocks him with her refusal, claiming she can only marry a rich man! Angry and brokenhearted, the heir in disguise leaves the beautiful golddigger behind…

But amid the breathtaking landscape of South Australia, Ella and Cal are destined to meet again. Will their heated reunion lead to cruel confrontation—or the kind of passion that lasts a lifetime?

Be sure not to miss the first book in Virginia Taylor’s South Landers series!

After a stint at the South Australian School of Art, I worked for an advertising agency,  re-trained as a nurse/midwife, and then married the man of my dreams. Two children later, I began writing romance. While awaiting publication, I painted and designed various theatre sets with a fellow School of Art graduate. 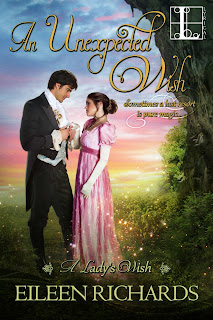 Love Is In The Air

Anne Townsend doesn’t ask for much. Plain and poor, she’d settle for the funds to put food on the table. Making a wish on the fabled Fairy Steps is hardly a solid solution, but to see her two sisters taken care of, Anne’s willing to try anything. Yet when she finds herself suddenly surrounded with suitors, romance is now a possibility for the spinster everyone always ignored—except with the one man who will never want her…

Nathaniel Matthews has no time for courting. As the eldest, he has his family’s lost fortune to rebuild, and his reckless brother to manage before he gambles his future away. Odd that Nathaniel can think of little but kissing bright-eyed Anne, who seems to be fighting off admirers from all sides. Is it the country air, or is Nathaniel ready to discover that love has a magic all its own?

My Thoughts:
When I started An Unexpected Wish I wasn't sure I was going to like it. It all center around the three sisters Anne, Sophia, and Juliet. I didn't have a problem with Anne or Juliet, but Sophia. I wanted to kill her, because she was so self-absorbed and unlikable. At the beginning she was insufferable and I almost gave up on the story, because I struggle with her. Sophia wasn't the real focus of the story, but every time she entered the scene I cringed by her behavior. Now you are wondering why I would continue with story. It wasn't until their brother made an appearance and Sophia realized that Anne was truly looking out for their best interest. There was major character growth on Sophia's part and once I started to see that I was able to focus more on Anne and Nathaniel's characters.

Now Anne and Nathaniel. Anne has always been in the shadows, because she wasn't viewed as pretty as her sisters. She was told by her father countless times, so she decided to make herself indispensable to her father after all she's plain. At least her name wasn't Jane that would be just horrible. Anyway, I digress. When she starts garnishing attention from the local men folk, she believes that fairies had granted her wish. So, when Nathaniel starts pursuing her in earnest she doesn't believe his intentions are believable. Yeah, that can make things quite difficult. Now Nathaniel is handsome and he's even surprise that he's attracted to someone like Anne. However, he realize that she's someone that you hold onto dear life, because she's a genuine type of person. He has an up hill battle dealing with Anne's insecurities.

Once I got passed the first few chapters, I actually quite enjoyed the story and actually look forward to what happens to the other two sisters. I think I'm curious on how Sophia's story will turnout since I disliked her so much at the beginning, but you gotta love character growth. I did adore Anne and Nathaniel's ending.

Eileen Richards has been writing for most of her life. Poetry, totally inappropriate answers to essay questions in school, and interesting error codes during her 30 year IT career has prepared for the manic world of publishing.

She writes sassy regency romps set in the small villages of England where the rules are bent a bit and gossip rules the day.

Eileen resides with her husband and their diva of a greyhound in North Carolina.