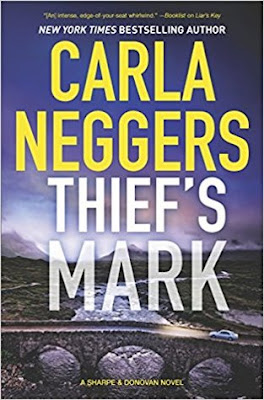 As a young boy, Oliver York witnessed the murder of his wealthy parents in their London apartment. The killers kidnapped him and held him in an isolated Scottish ruin, but he escaped, thwarting their plans for ransom. Now, after thirty years on the run, one of the two men Oliver identified as his tormentors may have surfaced.

Emma Sharpe and Colin Donovan are enjoying the final day of their Irish honeymoon when a break-in at the home of Emma’s grandfather, private art detective Wendell Sharpe, points to Oliver. The Sharpes have a complicated relationship with the likable, reclusive Englishman, an expert in Celtic mythology and international art thief who taunted Wendell for years. Emma and Colin postpone meetings in London with their elite FBI team and head straight to Oliver. But when they arrive at York’s country home, a man is dead and Oliver has vanished.

As the danger mounts, new questions arise about Oliver’s account of his boyhood trauma. Do Emma and Colin dare trust him? With the trail leading beyond Oliver’s small village to Ireland, Scotland and their own turf in the United States, the stakes are high, and Emma and Colin must unravel the decades-old tangle of secrets and lies before a killer strikes again.

My Thoughts:
Oh boy Thief's Mark is probably not the story to have started with in the series. Yep, I giant head to desk moment. Don't get me wrong it wasn't a bad book, but definitely not one to start where I did. Yes, these characters are way established. Come on they are on their honeymoon by the time I'm starting. However, I was intrigued by the cover. Okay, totally love the cover. Yes, this is one of my downfalls. Second downfall would be starting a book that is not the beginning of a series. By the way, definitely recommend don't do that for this series. Seriously, a big fat don't.

Yes, I was extremely slow on the uptake here. Yes, I did have a little trouble keeping up on all the things going on in the story. Like in the blurb they were pretty much everywhere in the story trying to solve the case. Totally sucked for Emma and Collin, because they were on their honeymoon, but they needed to help Oliver before he got into more trouble. 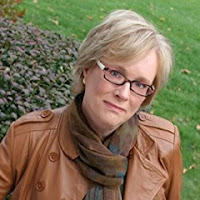 Carla Neggers is the New York Times bestselling author of more than 60 novels, including her popular Sharpe and Donovan and Swift River Valley series. Her books have been translated into 24 languages and sold in over 35 countries. A frequent traveler to Ireland, Carla lives with her family in New England. To learn more and to sign up for her newsletter, visit CarlaNeggers.com.