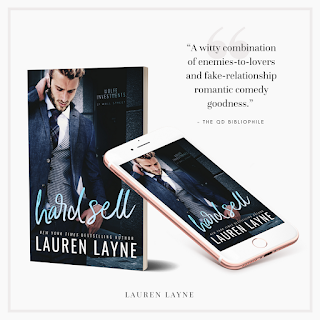 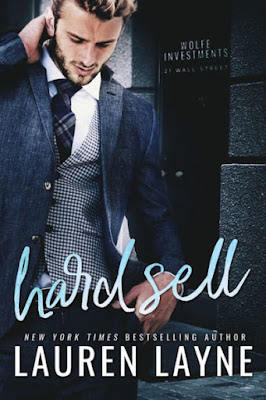 
He’s a Wall Street wolf. She’s been hired to tame him. From New York Times bestselling author Lauren Layne comes a wildly sexy novel of business and pleasure.
Twenty-eight and filthy rich, Matt Cannon is the youngest broker on Wall Street. He may be a “boy wonder,” but he’s every inch a man. Ask any woman—any night. But when Matt’s latest fling makes scandalous headlines, his clients get anxious, and his bosses at Wolfe Investments level an ultimatum: keep his assets zipped, get a “real” girlfriend, and clean up his act. Only one woman can help Matt with something this hard.
For PR genius Sabrina Cross, the best fixer in Manhattan, playing Matt’s steady is going to be a challenge, even if it’s just for show. They already have an explosive history, she can’t stand the cocky party boy, and worse—she can’t stop thinking about him. So who’ll dare to break her “no touching” rule first? Because when that happens, Matt and Sabrina’s game of let’s pretend will get so hot it could set both their reputations on fire.
“Layne can always be counted on to create an engaging, steamy, and thoroughly rewarding reading experience.” —RT Book Reviews
My Thoughts:
Hard Sell was an even better read than Hot Asset. I absolutely love the enemies to lovers troupe. They make the best reads, because they are at each other throats and something happens they are in love. Hard Sell is a fantastic read, because Matt and Sabrina aren't really friends, but have mutual friends. Plus, they have a history, which gives them issues to start off with. So, we have enemy to lovers, and pretend relationship. Talk about the best of both worlds.

Basically, the blurb talks about Matt and he has no trouble finding women, but he has a scandal that makes the Sam's question if they should keep him. Now Matt needs to find someone that can fix his image, and he knows the perfect person, Sabrina. Sabrina is known as the best fixer, and she's doing this favor for a friend, not because Matt asked. At first it's a bit rough, I mean they have an interesting relationship. Suddenly lines start to cross and it definitely gets interesting.

Hard Sell was pure joy to read. I had a fun time watching these two avoid tearing each other apart and slowly realize they are perfect for one another. I can't wait for Kennedy and Katie's story. Now that should be another good one to read. If you love that fake relationship, and enemies to lovers read you will have found a winner with Matt and Sabrina in Hard Sell.

Lauren Layne is the New York Times and USA TODAY bestselling author of more than two dozen romantic comedies. Her books have sold over a million copies, in eight languages. Lauren's work has been featured in Publishers Weekly, Glamour, The Wall Street Journal, and Inside Edition. She is based in New York City.
Website | Goodreads | Instagram | BookBub | Pinterest | Lauren Layne Library