When I Started this Blog (Poison Book Tour)

This month is a very special month for me, because it is the month I decided to start a book blog. Yes, I know there are a ton of them out there, but it was a way for my friends that love romance to know what I'm reading and what I loved. This so much easier than having me text my friends every time I finished an awesome book and they should added to there reading list.

Back home I had a friend and we would go to Walmart on a Saturday night to patrol the book isle. Yes, I know that sounds dorky, but it was a lot of fun. So, we look at the selection and read the back of the books to see if it was something we would read. Some of the book blurbs were amazing and some were ridiculous.

However, it had to come to an end, because I was getting ready to move to another state. It was hard, because I was losing my book buddy. Then one day I had an idea of starting a blog of all the books I read, and the friend thought that was a great idea. So, on March 23, 2012 What I'm Reading was created.

Before I started this blog, I had read about 150 books. Man all the reviews I could have written. Oh well, but it gives me chance to go back and re-read those books. I have slowly re-read some of them. However, this blog gives me a chance to share new books too.

It is amazing what a year can do. When I first started, I didn't have a clue what I should write for the first book I actually reviewed. Man it was extremely short, but I have slowly developed my own style for each post.  Each book review is unique to the story I read, and I like it that way.

You never know what you can dream up. The reason behind this post has to deal with a very special book tour. I'm so glad to be apart of it. Each participant was asked to write a post about a first. I chose the start of my book blog which is the first, because I have been thinking about making one with my daughter for kiddie books. I haven't decided on that yet. So, let me share this particular author and book, since she is unable to do so for herself: Sixteen-year-old Kyra, a highly-skilled potions master, is the only one who knows her kingdom is on the verge of destruction—which means she's the only one who can save it. Faced with no other choice, Kyra decides to do what she does best: poison the kingdom's future ruler, who also happens to be her former best friend. But, for the first time ever, her poisoned dart…misses.

Now a fugitive instead of a hero, Kyra is caught in a game of hide-and-seek with the king's army and her potioner ex-boyfriend, Hal. At least she's not alone. She's armed with her vital potions, a too-cute pig, and Fred, the charming adventurer she can't stop thinking about. Kyra is determined to get herself a second chance (at murder), but will she be able to find and defeat the princess before Hal and the army find her?

Kyra is not your typical murderer, and she's certainly no damsel-in-distress—she's the lovable and quick-witted hero of this romantic novel that has all the right ingredients to make teen girls swoon.

Add Poison to your Goodreads pile! 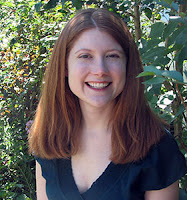 Bridget grew up in Wisconsin. She went to the county fair where she met the love of her life, Barrett Dowell. They got married right before she went in for exploratory surgery which revealed she had colon cancer. They christened that summer the "summer of love" and the two celebrated with several more weddings. Bridget continued to read and write until the day she died. Her last tweet was "Sunshine and a brand new book. Perfect."

Bridget wanted to make people laugh and hoped readers would enjoy spending time with the characters she created. As a librarian/writer she loved books with strong young women with aspirations. She also felt teens needed more humorous reads. She really wanted to write a book with pockets of warmth and happiness and hoped that her readers' copies would show the watermarks of many bath time reads.